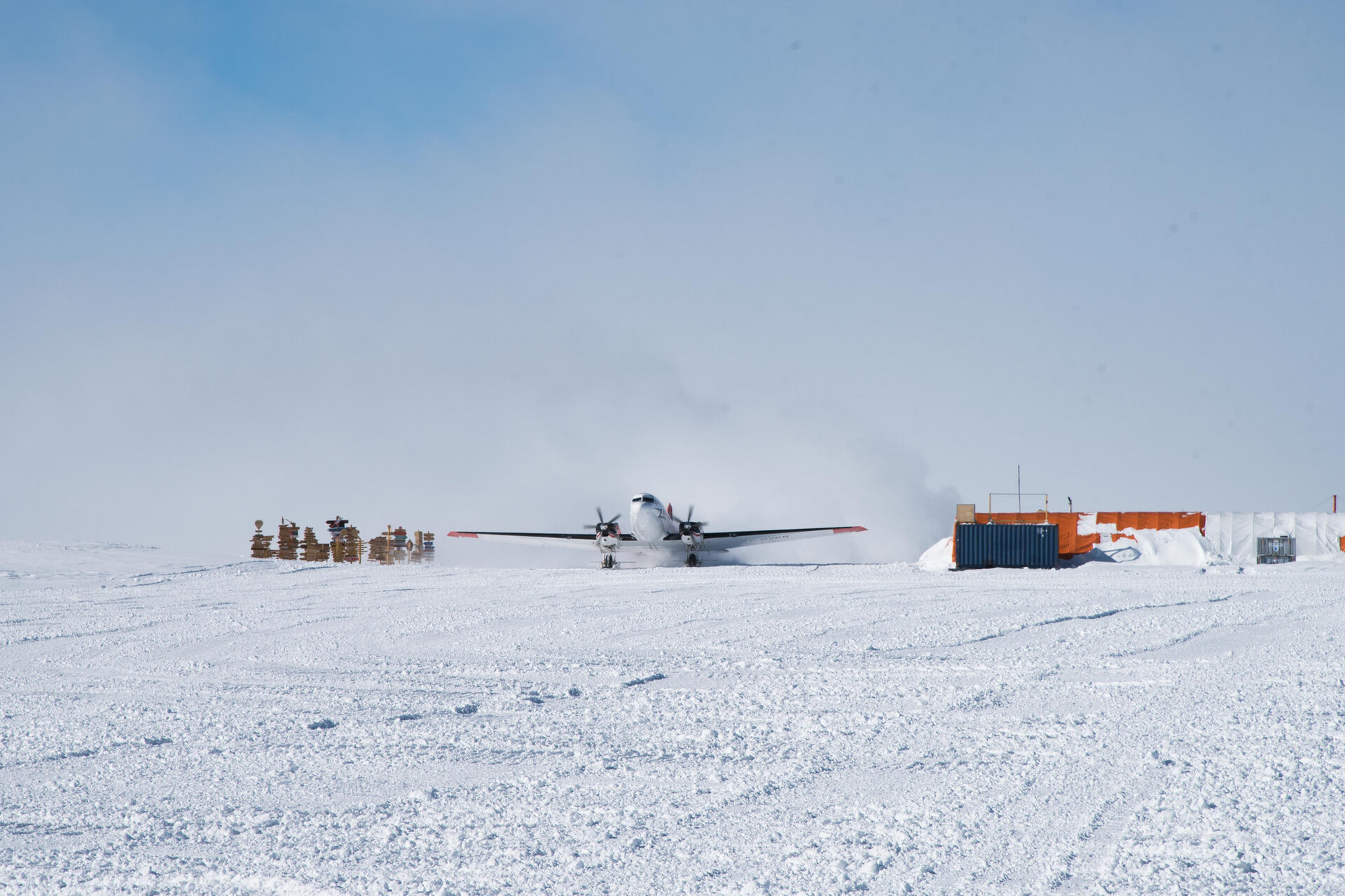 The first aircraft to land at Antarctic research base Concordia in 2015 after the crew lived nine months in isolation.

From the Antarctic coast it is 1200 km to Concordia. Personnel, small equipment and fresh produce are transported in a twin-propeller plane organised by the Italian PNRA Antarctic programme. The aircraft has to be maintained meticulously because it flies at altitudes where the air pressure is a third less than at sea level, in extreme cold weather.