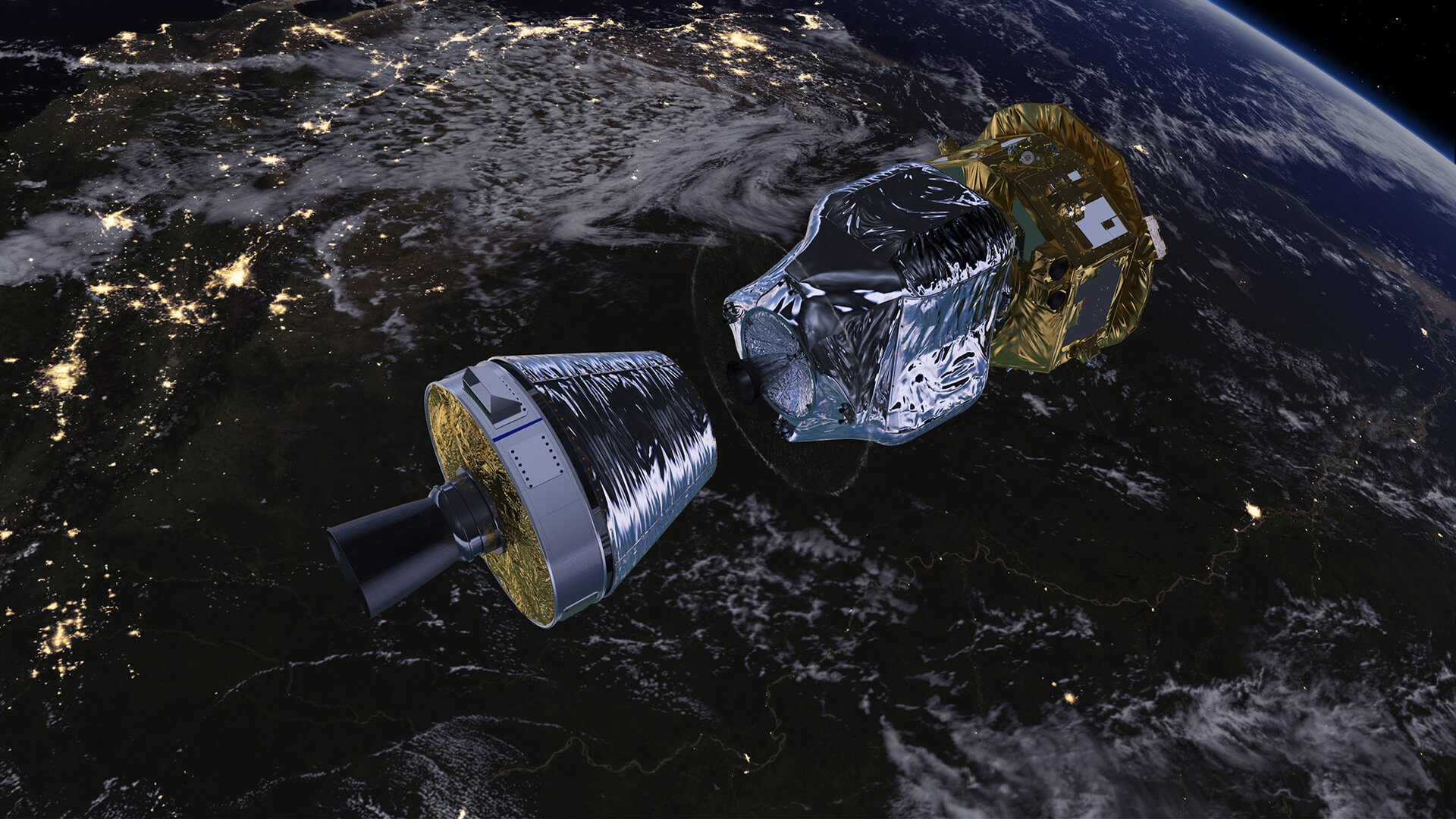 LISA Pathfinder in low-Earth orbit (A)

Artist’s impression of LISA Pathfinder being propelled into low-Earth orbit by the upper stage of the Vega rocket.

The Vega rocket, which is designed to take small payloads into low-Earth orbit, will place LISA Pathfinder into an elliptical orbit. Then, the spacecraft will continue on its own, gradually raising the highest point of the initial orbit using its separable propulsion module.

Eventually, LISA Pathfinder will cruise towards its final orbiting location, orbiting the first Sun–Earth Lagrangian point, L1, a vantage point in space about 1.5 million km from Earth towards the Sun. There, it will test key technologies for space-based observation of gravitational waves – ripples in the fabric of spacetime that are predicted by Albert Einstein’s general theory of relativity.