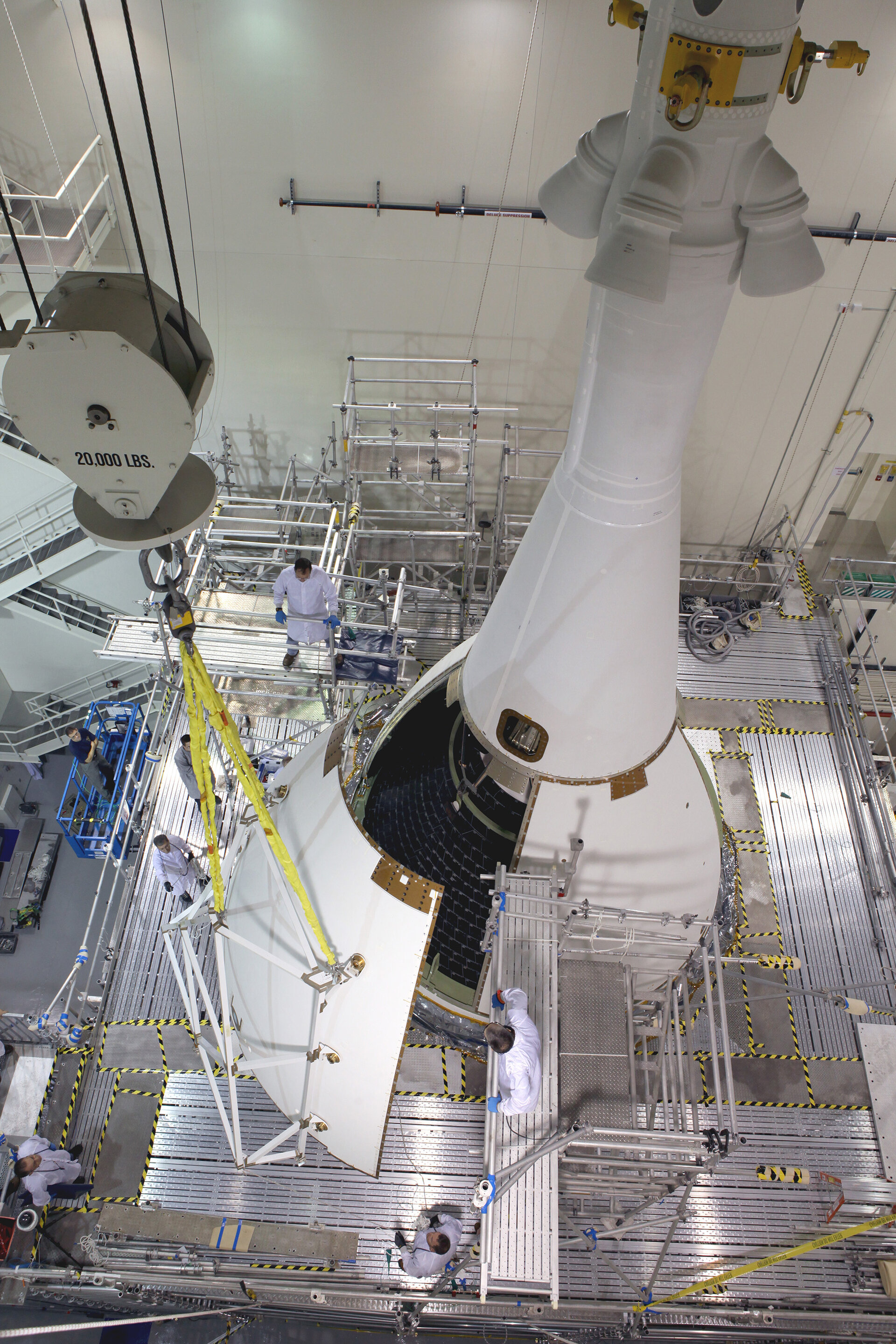 Orion fairing installed before the first test-flight. The integration of one of the fairing protective panels over the Orion vehicle on its Delta IV Heavy launcher in preparation for the Exploration Flight Test 1 mission of December 2014.The panels protect the crew module from sound and vibration during launch are installed just below the Launch Abort System tower.