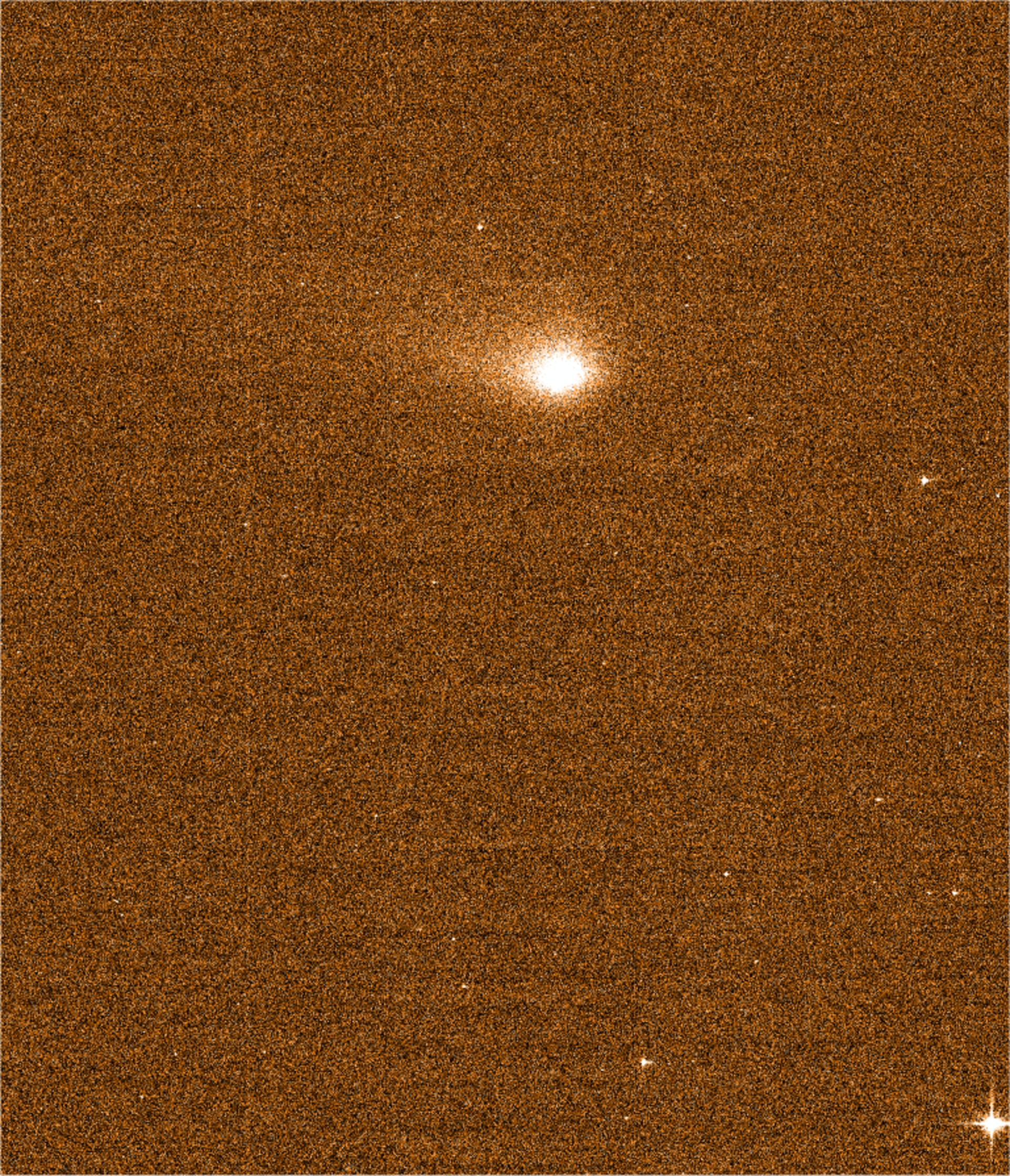 A Gaia image of Comet 67P/Churyumov–Gerasimenko, obtained on 14 September 2015.

At that time, the ESA Rosetta spacecraft was about 300 km from the nucleus of the comet, while Gaia was over 260 million kilometres away. The comet had reached the closest point to the Sun on its orbit about a month earlier, on 13 August.

The image shows the comet’s coma and tail. The nucleus and Rosetta, which was some 300 km from the surface at the time, are both hidden in the innermost pixel. A number of background stars are also sprinkled around the image, which measures about 4.5 arc minutes across – about one-seventh of the Moon’s diameter.