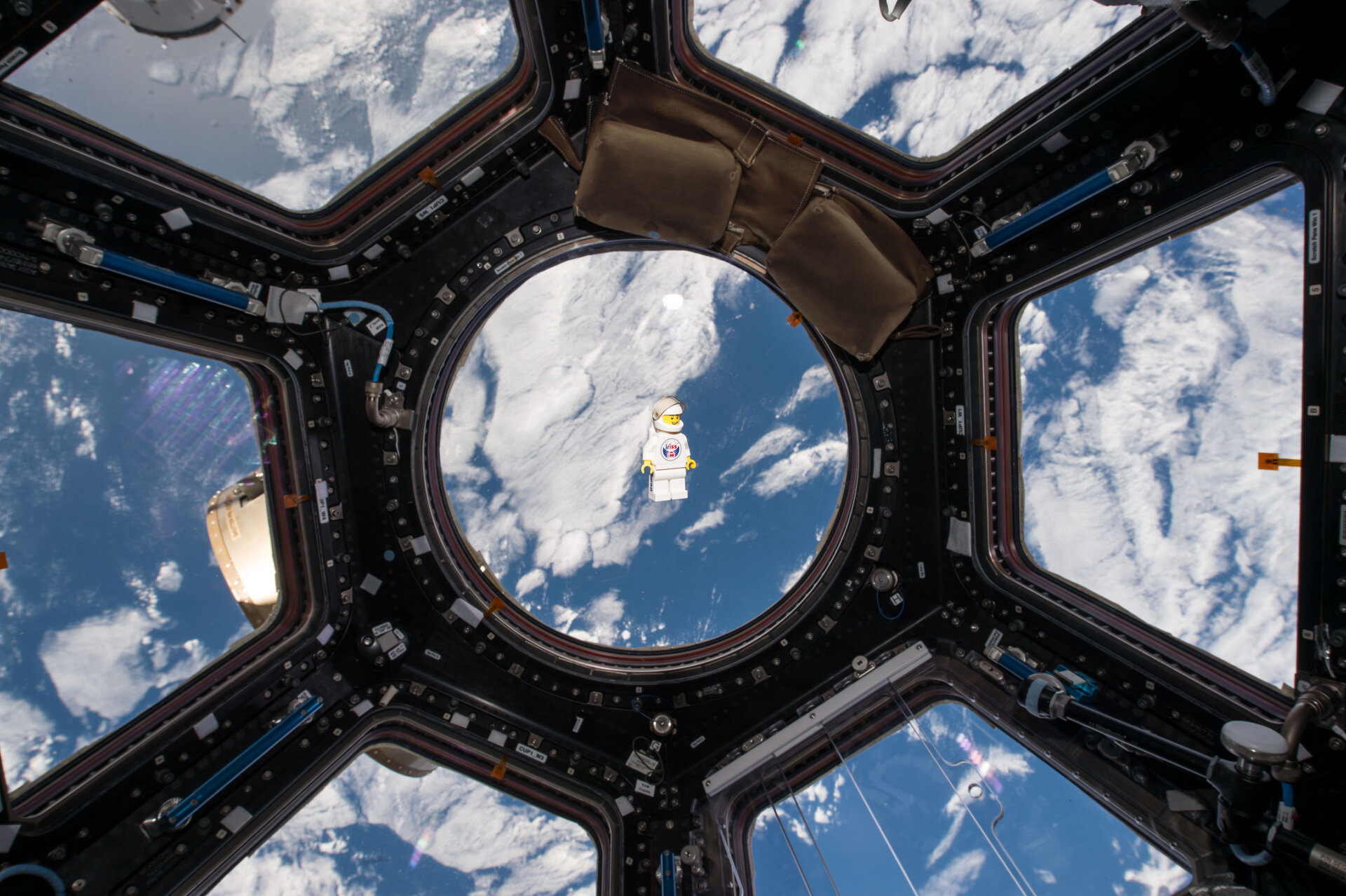 Lego astronaut floating in the European Cupola observatory on the International Space Station.

Flying at a distance of 400 kilometers above Earth, Danish ESA astronaut Andreas Mogensen announced the winner of the iriss LEGO education competition.
The competition for Danish schoolchildren attracted wide interest. More than 200 teams of children aged 6-10 from schools all over Denmark built and filmed Lego space stories on the iriss mission. From more than 200 films received, Andreas Mogensen selected five finalists.