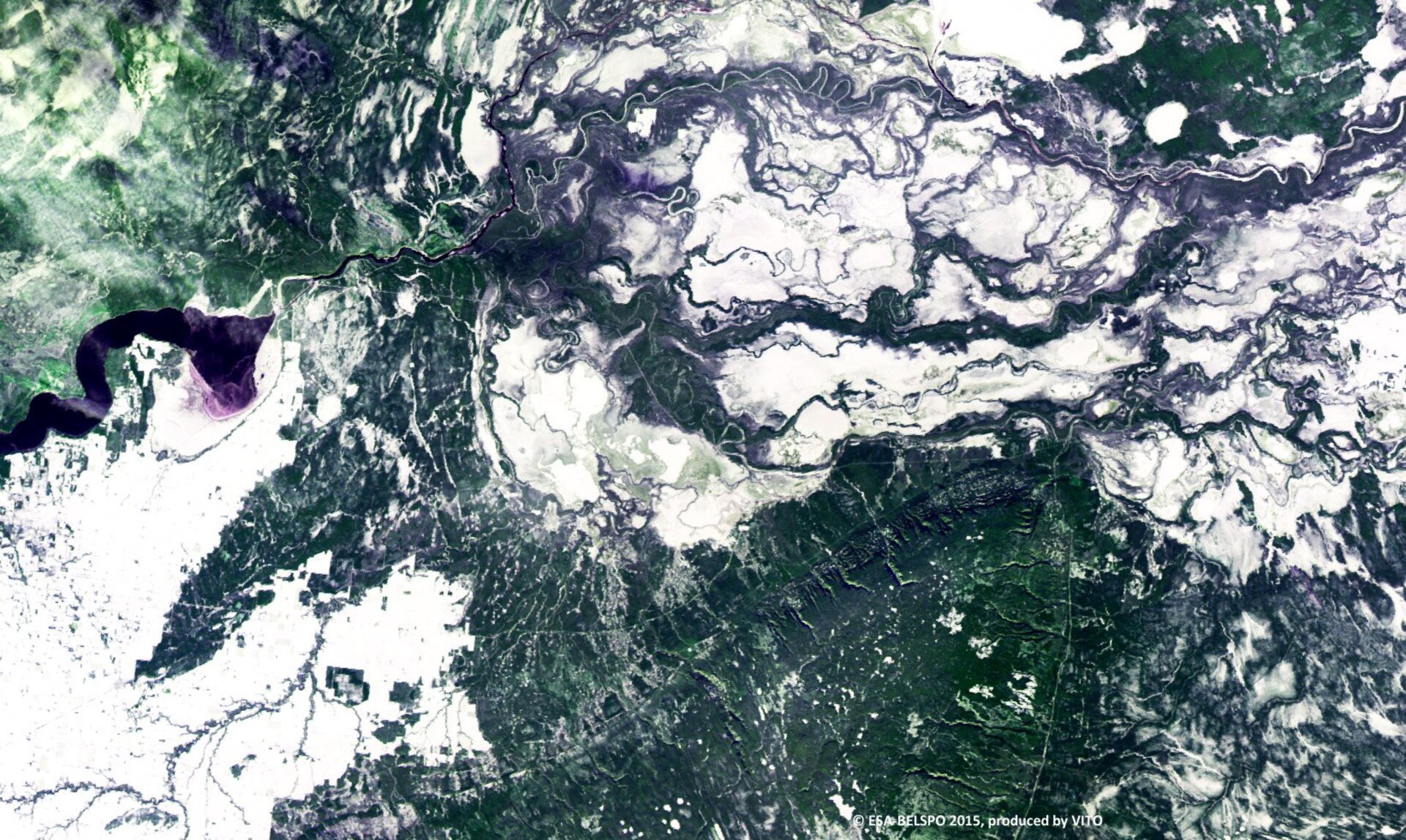 Snow blankets much of this eastern part of Canada’s Saskatchewan province, in this 28 November 2015 image taken by ESA’s technology-testing Proba-V minisatellite.

The Saskatchewan River can be seen flowing into Tobin Lake in the upper-left part of this 100 m-resolution image.

VITO, the Flemish institute for technological research, processes and distributes Proba-V data to users. VITO has produced an online gallery highlighting some of the mission’s most striking images so far, including views of storms, fires and deforestation.

Next month sees a major symposium devoted to the minisatellite and its global output, taking place at Ghent in Belgium.