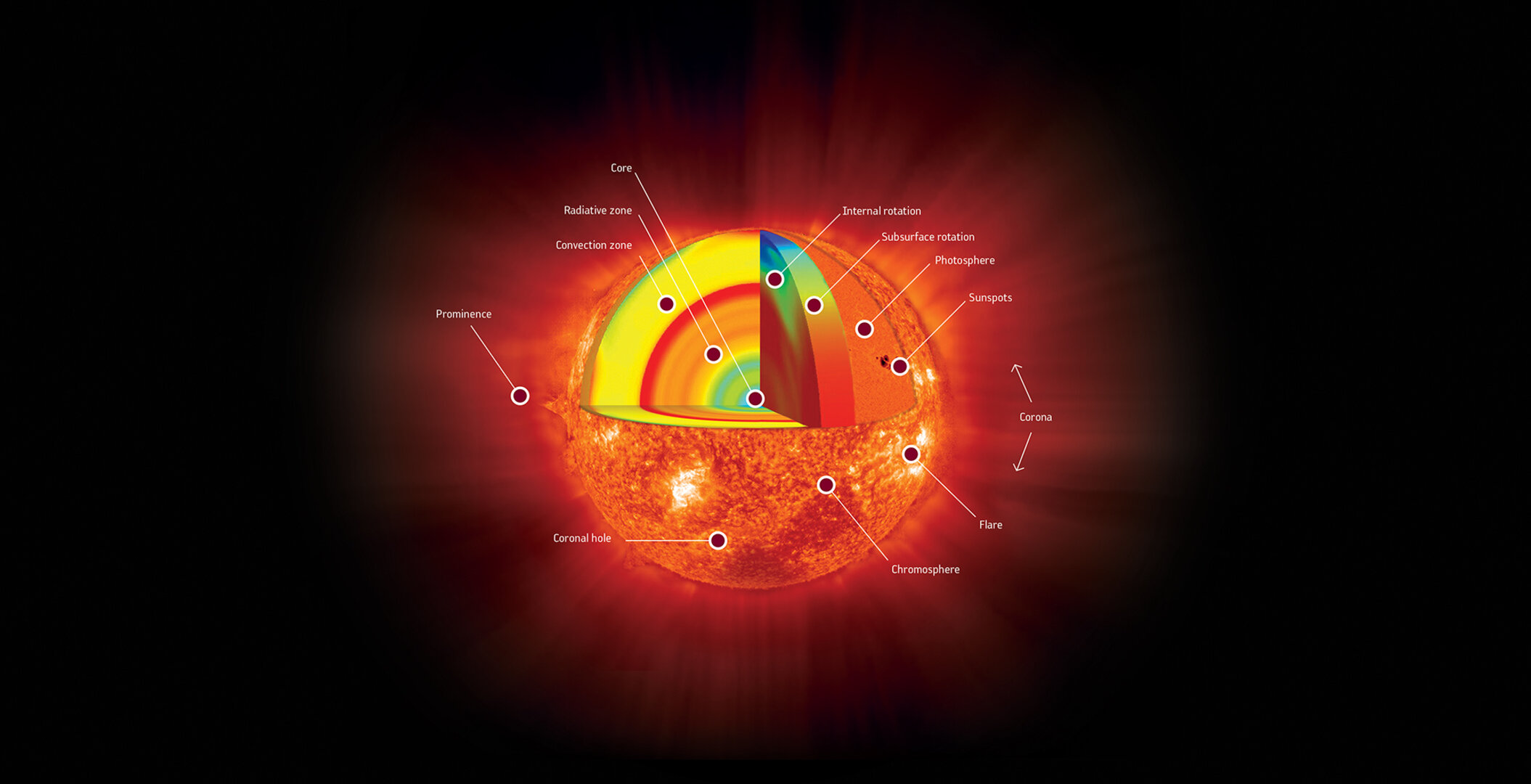 The anatomy of our Sun

Left cutaway: The Sun’s interior explored with sound waves by SOHO. Red depicts layers where sound travels faster than predicted by theory, implying that the temperature is higher than expected, while blue indicates slower speeds and lower temperatures. The prominent red layer marks the transition between the turbulent outer convection zone and the more stable inner radiative zone.

At the boundary, SOHO found that the speed of the rotating gas changes abruptly. The measurements indicated that, near the equator, the outer layers rotate faster than the inner layers, while at mid-latitudes and near the poles the situation is reversed. This is depicted in the right cutaway, where red depicts fast rotation and blue slower rotation.