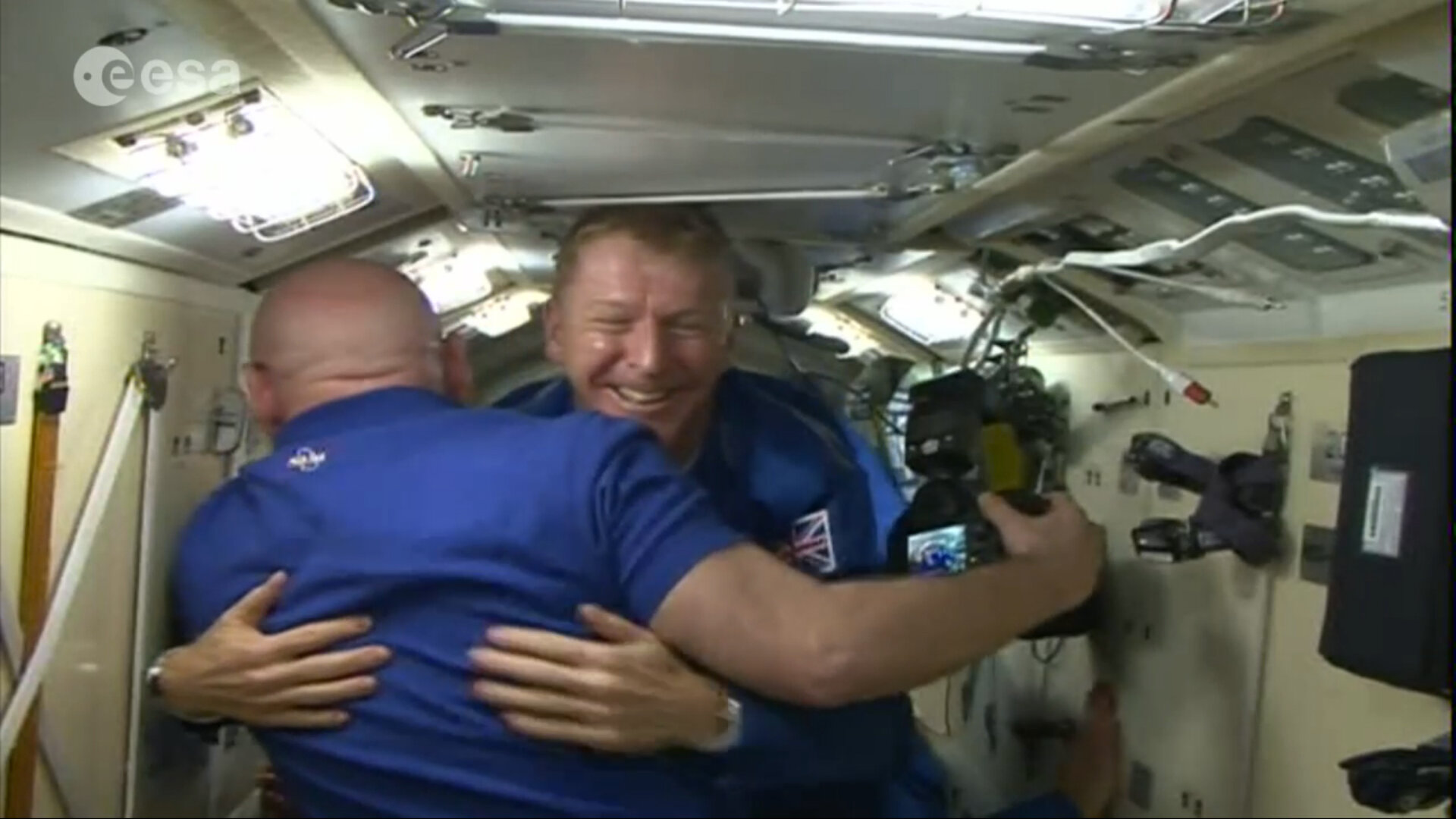 They were welcomed aboard by Russian cosmonauts Mikhail Korniyenko and Oleg Kononenko, and NASA astronaut Scott Kelly.