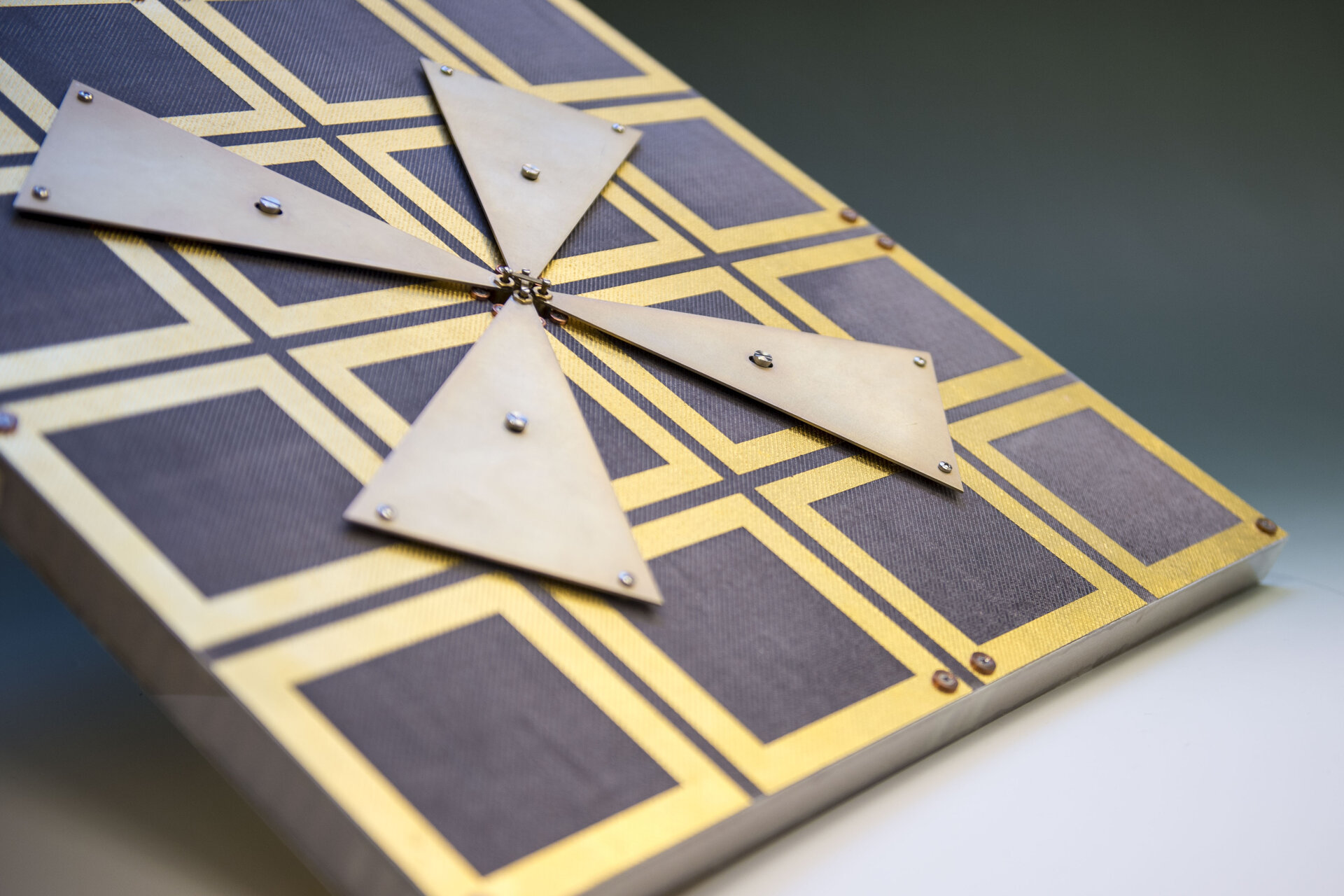 What might look like an abstract artwork is actually a novel antenna, small enough for a minisatellite, to track global ship traffic from orbit.

However, in 2010 ESA fitted an experimental antenna to Europe’s Columbus module of the International Space Station, demonstrating for the first time that AIS signals could also be detected from up in orbit, opening up the prospect of global ship tracking from space.

“The AIS detection system on Columbus employs a low-gain ‘whip’ antenna, receiving signals within a very broad beam, with corresponding potential for signal overlap and interference.

“This antenna design combines higher-gain with a more reduced footprint, allowing more of a focus on regions of highest interest, and can also discriminate between polarisations, increasing the likelihood of detection for any individual AIS signal within the antenna field of view.”

In addition, clever engineering has shrunk the overall antenna size to a size where up to five could be hosted on a single cubic-metre minisatellite.

“Despite its name, VHF is quite a low wavelength in space terms, implying a bulky antenna of about 1 m across and half-a-metre thick to operate ideally at that frequency,” Nelson adds.

“But the patterned square-shaped structure on the underlying face of our antenna changes the signal behaviour, enabling us to shrink the design to 50 cm width and 3 cm thickness – making it suitable for hosting on a smaller platform.”

The antenna was developed through ESA’s ARTES Advanced Research in Telecommunications Systems – Advanced Technology programme with Italian companies CGS as prime contractor and MVG as subcontractor in charge of the electrical design.

“CGS and MVG are highly interested in moving forward with the optimisation and environmental qualification of this outstanding antenna element,” explains Andrea Di Cintio, managing the project at CGS. “The next step will be to identify a specific mission and then optimise the design and qualification accordingly.”

“Significant reduction of antenna dimensions and weight without compromising electrical performance was challenging,” adds Andrea Giacomini, lead antenna designer at MVG. “It required a radical change in the design and validation approach. We are proud to have been involved.”