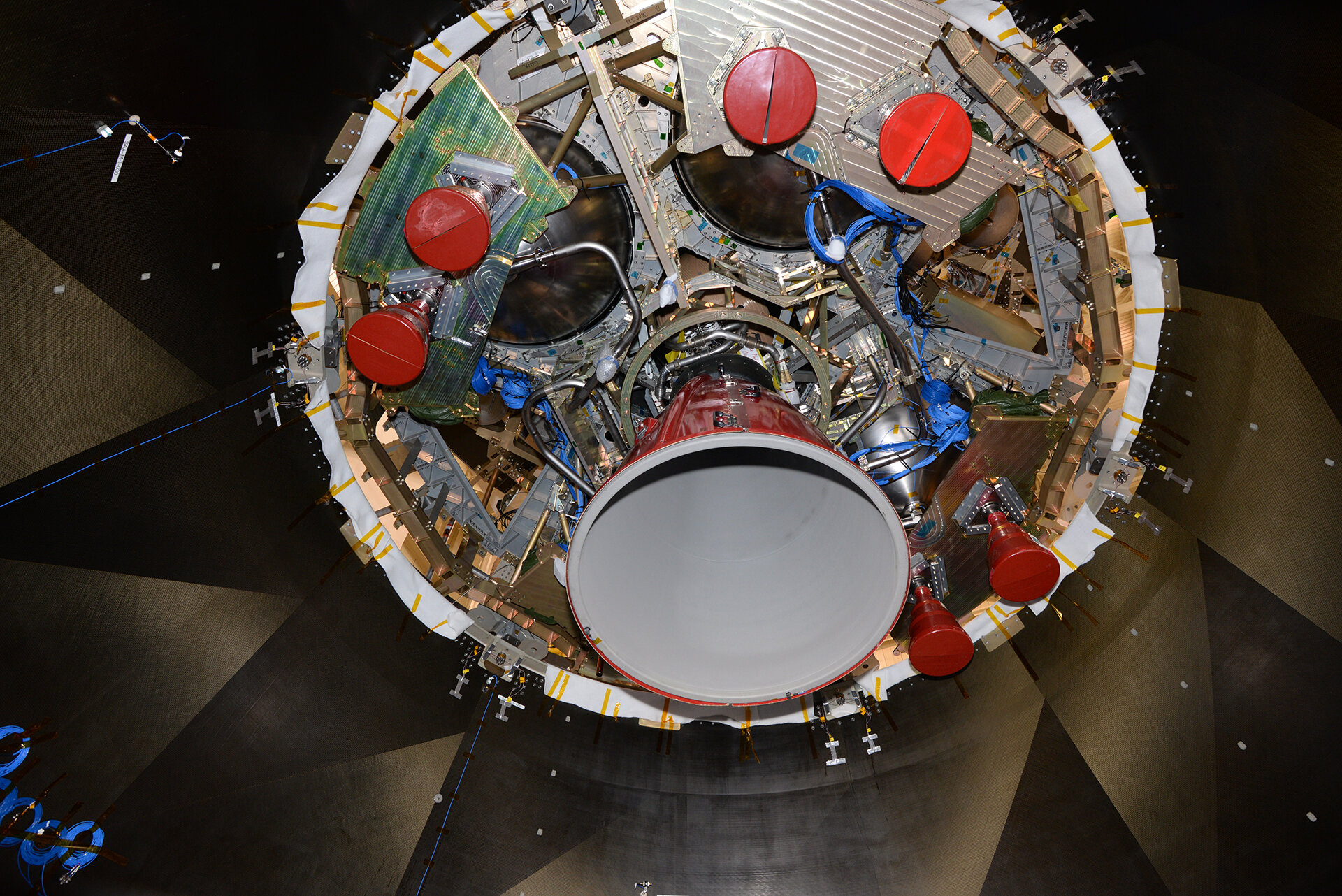 Inside a rocket’s belly

An unusual view of a spacecraft – looking from below, directly into the thruster nozzles. This is a test version of ESA’s service module for NASA’s Orion spacecraft that will send astronauts further into space than ever before.

The European Service Module provides electricity, water, oxygen and nitrogen, and thermal control as well as propelling the spacecraft.

The large cone is the spacecraft’s main engine, the same model that was used on the Space Shuttle for orbital manoeuvres. The surrounding red cones are auxiliary thrusters. The engines will provide almost 30 kN of thrust, only one-tenth that of a Jumbo Jet engine, but enough to manoeuvre in space. More thrusters are carried on the module’s sides.

This structural test model is used for testing purposes before installing the real thing. It is as close to the flight version as possible while keeping costs and development time manageable. The structure and weight are the same, while mass equivalents stand in for electronics boxes not needed for the series of tests.

The model was installed under a test version of the Crew Module Adapter, and sits on the Spacecraft Adapter that will attach Orion to its launch vehicle. This is the first time the European hardware has been physically connected to NASA’s elements.

The service module will be shaken at NASA’s Plum Brook station in Sandusky, Ohio, USA, to recreate the vibrations of launch, as well as being subjected to acoustic and shock environments.