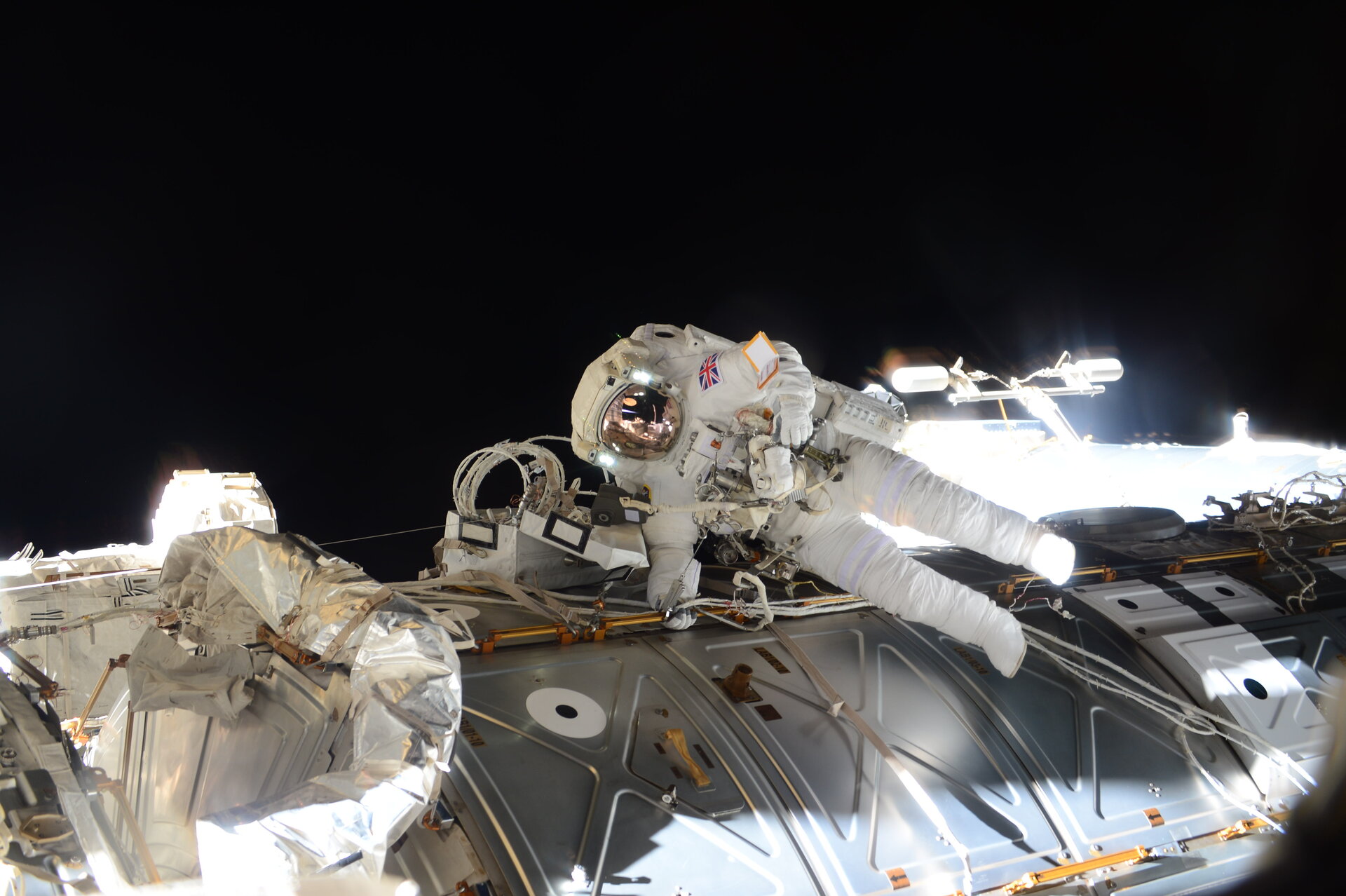 The meticulously planned and executed sortie was stopped early after fellow spacewalker NASA astronaut Tim Kopra reported a small amount of water building up in his helmet. The two Tims worked in close cooperation with each other to return to the Space Station, with NASA commander Scott Kelly and cosmonaut Sergei Volkov waiting inside to help them out of their suits.

Tim commented on this picture: "Today’s exhilarating spacewalk will be etched in my memory forever – quite an incredible feeling!"

Follow Tim Peake and his six-month Principia mission via timpeake.esa.int