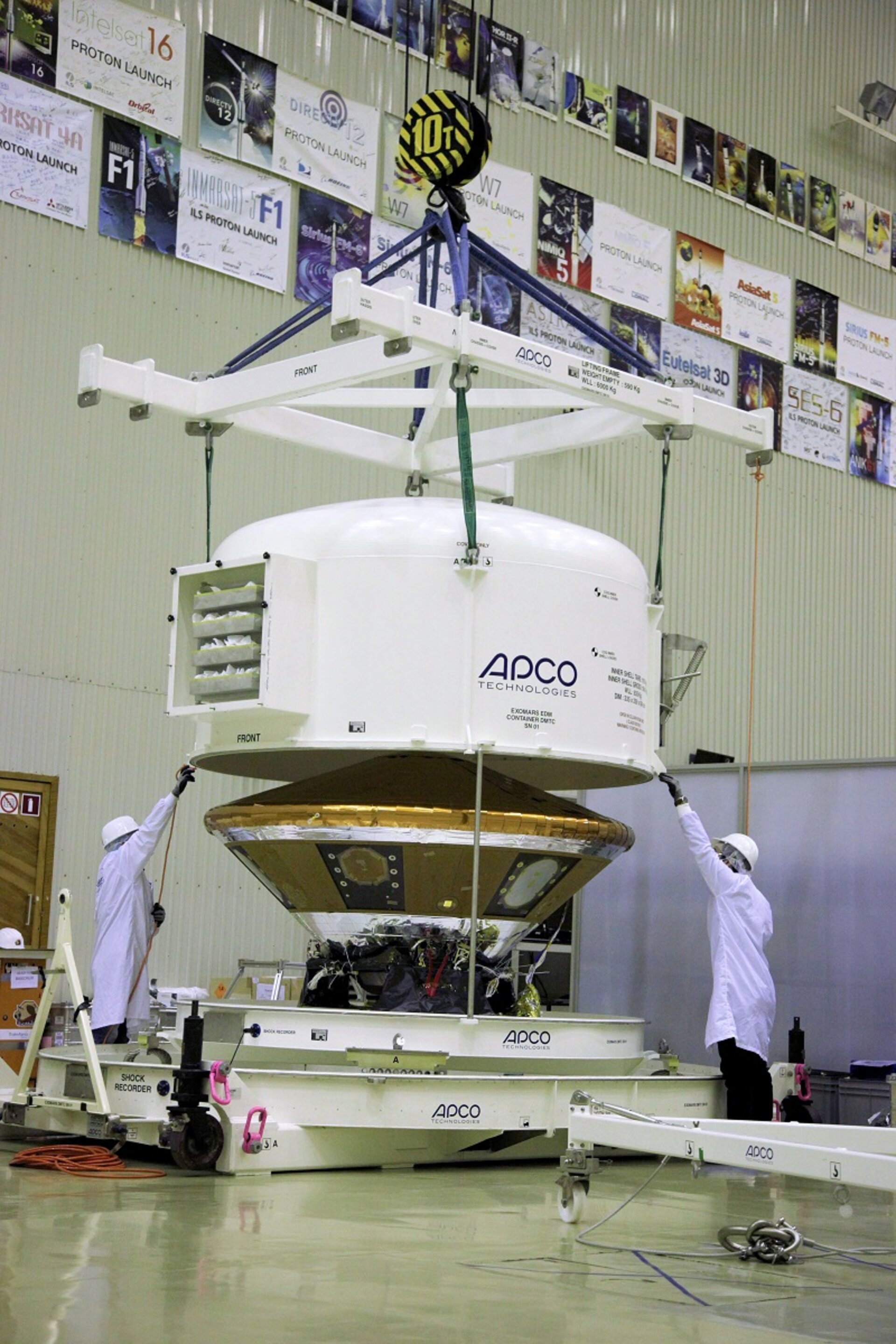 The ExoMars 2016 Schiaparelli module in Baikonur

On 14 March, the launch window opens for ExoMars 2016, ESA’s next mission to Mars, composed of the Trace Gas Orbiter and Schiaparelli.

Last month, the two spacecraft left Thales Alenia Space in Cannes, France, where they had been for the final few months of assembly and testing, and headed towards the Baikonur cosmodrome in Kazakhstan.

With both now in Baikonur, preparations are under way for the launch on a Russian Proton rocket during a window that remains open until 25 March.

The 600 kg Schiaparelli – pictured here being unpacked in a cleanroom in the cosmodrome – will ride to Mars on the Trace Gas Orbiter. Three days before they reach the Red Planet, Schiaparelli will separate from the orbiter, which will then enter orbit for a five-year mission of studying atmospheric gases potentially linked to present-day biological or geological activity.

Schiaparelli will enter the atmosphere at 21 000 km/h and slow by aerobraking in the upper layers, then deploying a parachute, followed by liquid-propellant thrusters that will brake it to less than 5 km/h about 2 m above the surface.

At that moment, the thrusters will be switched off and it will drop to the ground, where the impact will be cushioned by its crushable structure.

Less than eight minutes will have elapsed between hitting the atmosphere and touching down in a region known as Meridiani Planum.

Scientific sensors on Schiaparelli will collect data on the atmosphere during entry and descent, and others will make local measurements  at the landing site for a short period determined by its battery capacity.

Schiaparelli will remain a target for laser ranging from orbiters using its reflector.

The module is named in honour of the Italian astronomer Giovanni Schiaparelli, who mapped the Red Planet’s surface features in the 19th century.