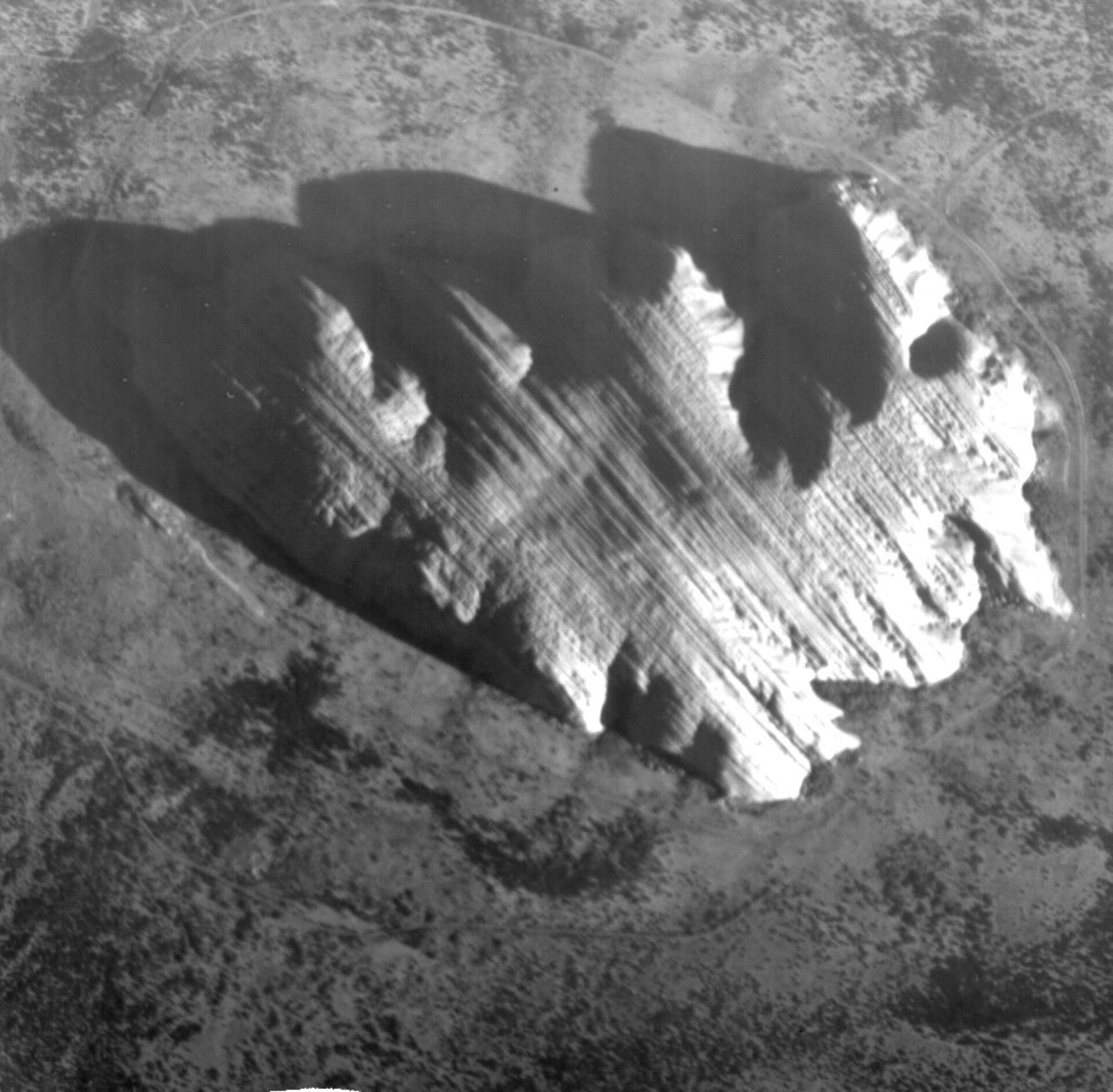 Uluru/Ayers Rock in the Australian outback, imaged from 600 km away by the smallest camera on one of ESA’s smallest satellites – the technology demonstrator turned-operational Earth-observing mission Proba-1.

Less than a cubic metre, Proba-1 is the first in ESA’s series of satellites aimed at flight-testing new space technologies. It was launched in October 2001 as an experimental mission but is still going strong after 14 years in orbit, having since been reassigned to ESA’s Earth observation team.

Other innovations included what were then novel gallium-arsenide solar cells, the use of startrackers for attitude control, one of the first lithium-ion batteries – now the longest such item operating in orbit – and one of ESA’s first ERC32 microprocessors to run Proba-1’s agile computer.

Towering 348 m above its surroundings, the monolithic Uluru was formed from compressed layers of sandstone when this part of Australia was a shallow sea, layers that were subsequently tilted and uplifted. The lines seen cutting across its top come from horizontal sandstone layering.

This image was acquired by HRC on 8 September 2015.