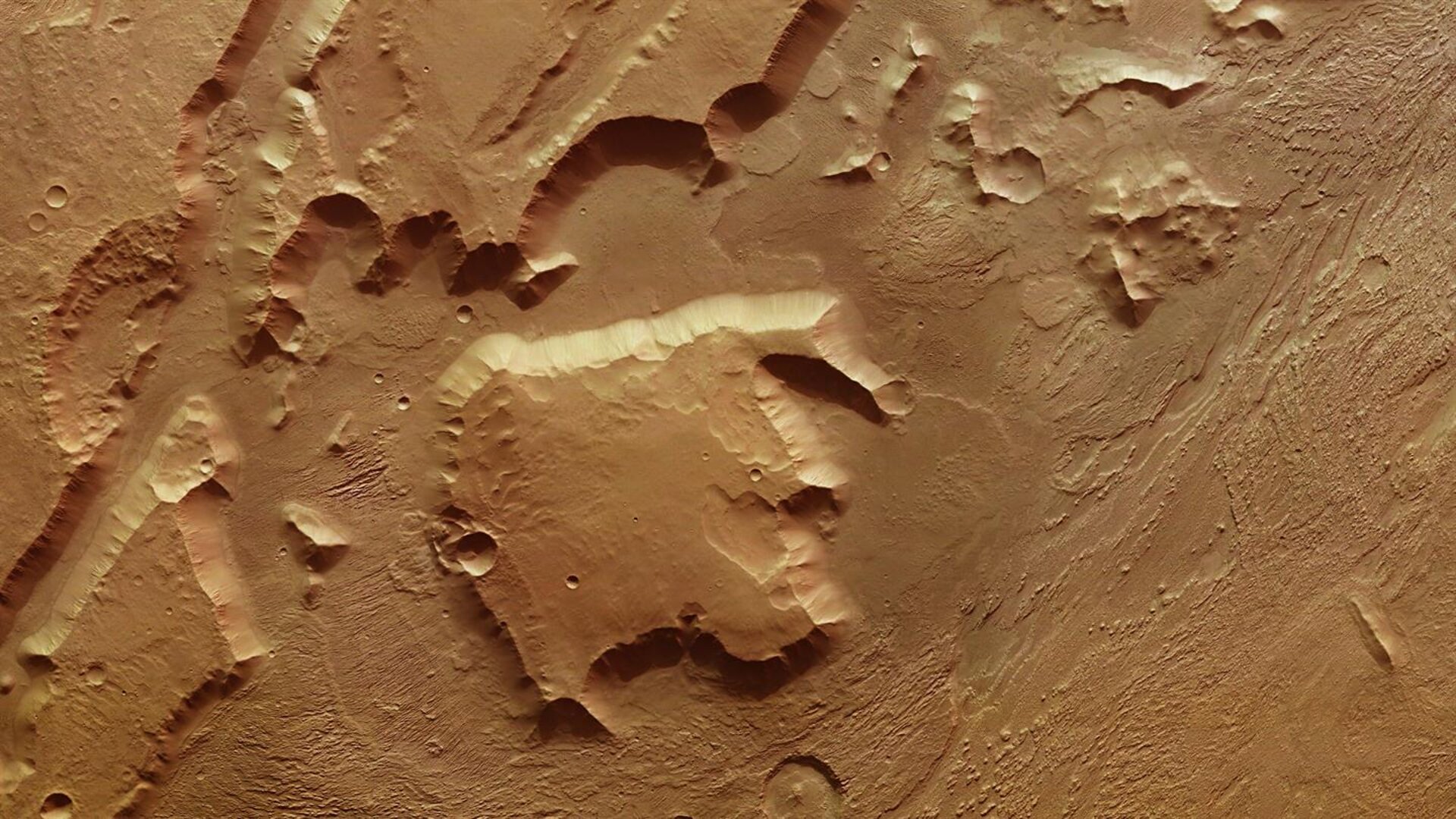 A powerful combination of tectonic activity and strong winds have joined forces to shape the scenery in this region of Mars.

The image was taken by ESA’s Mars Express on 7 July 2015 and covers part of the Aeolis Mensae region. It straddles the transitional region between the southern hemisphere highlands and the smooth, northern hemisphere lowlands.

Several fracture zones cross this region, the result of the martian crust stretching apart under tectonic stress. As it did so, some pieces of the crust sheared away and became stranded, including the large block in the centre of the image.

This flat-topped block, some 40 km across and rising some 2.5 km above the surrounding terrain, is one such remnant of the crust’s expansion. Its elevation is the same as the terrain further to the south, supporting the idea that it was once connected.

Over time, the stranded blocks and their associated landslides have been eroded by wind and possibly flowing water.

Towards the north (right) it becomes apparent that wind is the dominant force. Hundreds of sets of ridges and troughs known as ‘yardangs’ are aligned in southeasterly to northwesterly, reflecting the course of the prevailing wind over a long period of time.

One small steep-sided feature set perpendicular to the main direction of the yardangs is prominent in the lower right of the image. This ridge is evidently made of harder and more resistant rock that has allowed it to withstand the erosive power of the wind.

This image was first published on the DLR website on 21 December 2015.