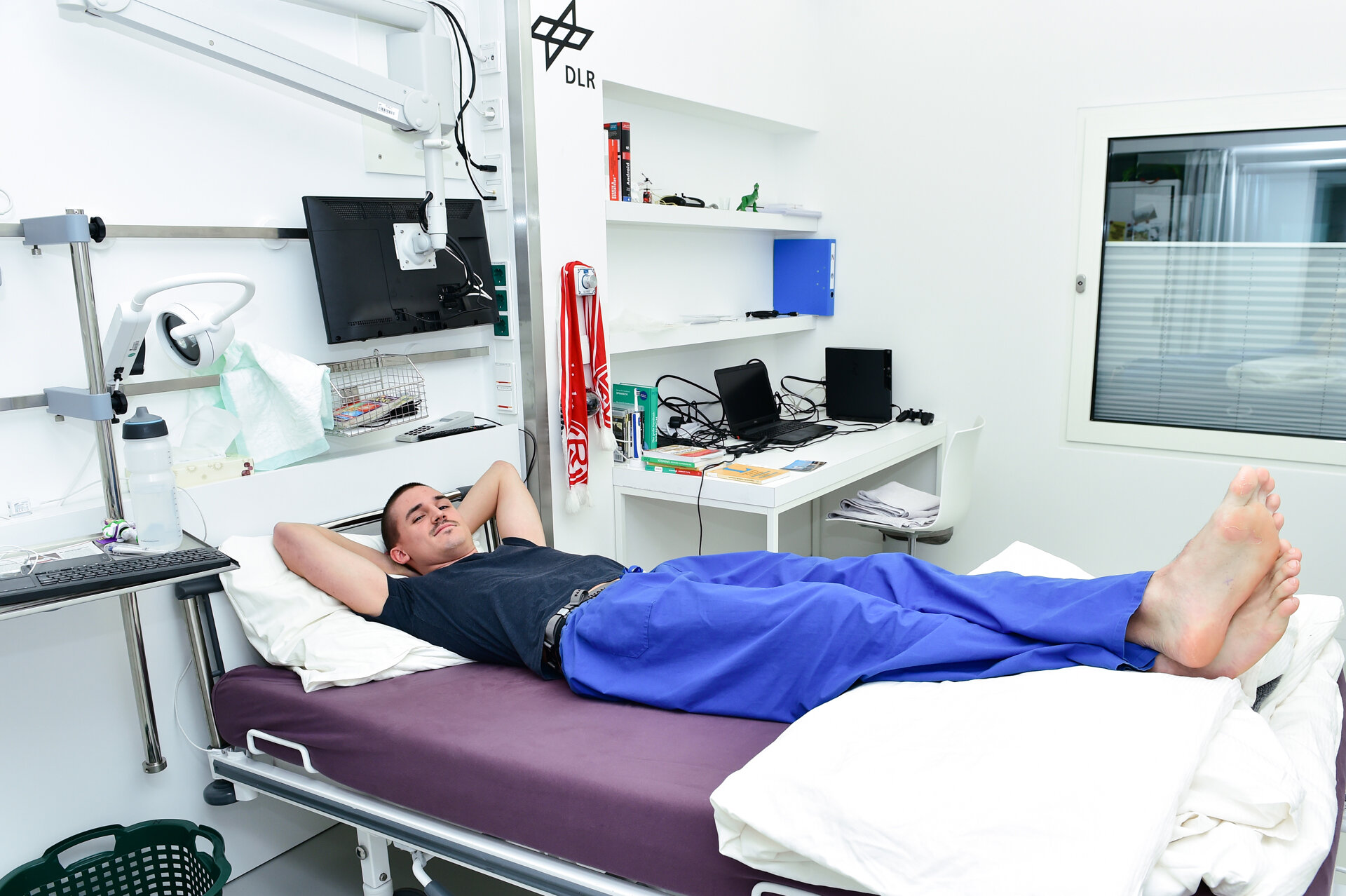 In bed for science

It might look like fun at first glance but it is not – bedrest participants spend months in bed as doctors take regular blood samples and continuous tests to chart how their body reacts to a sudden sedentary lifestyle.

This is not an exercise in laziness, however. Lying in beds tilted at 6° below the horizon, blood descends to the head and muscles and bones waste away from lack of use – researchers learn more about how astronauts’ bodies cope with living in space by monitoring these healthy volunteers during their horizontal ordeal.

This image was taken during the second campaign of a 60-day bedrest study being held at the German Aerospace Centre DLR's :envihab facility in Cologne, Germany. On behalf of ESA, DLR recruited 12 people who will take part in about 90 experiments to examine, among other things, insulin resistance, the cardiovascular system, how the brain copes with the head-down rest, and how effective simulated gravity affects specific organs.

The goal is to find ways to counteract symptoms of spaceflight, such as bone loss and changes in blood flow. This study will use a newly developed exercise device that allows subjects to ‘jump’ in a horizontal position using low-pressure cylinders to recreate gravity. The experiment targets bones, muscles and coordination.

The first campaign started in August 2015 with 12 volunteers and lasted until December. The second campaign began in January and will last until April, with a total of 24 test subjects.

ESA has a long history of bedrest studies with both men and women conducted in cooperation with DLR or the French centre at MEDES in Toulouse. Together with NASA, ESA is already preparing for its next study in 2017, also at :envihab, that will test a human centrifuge.