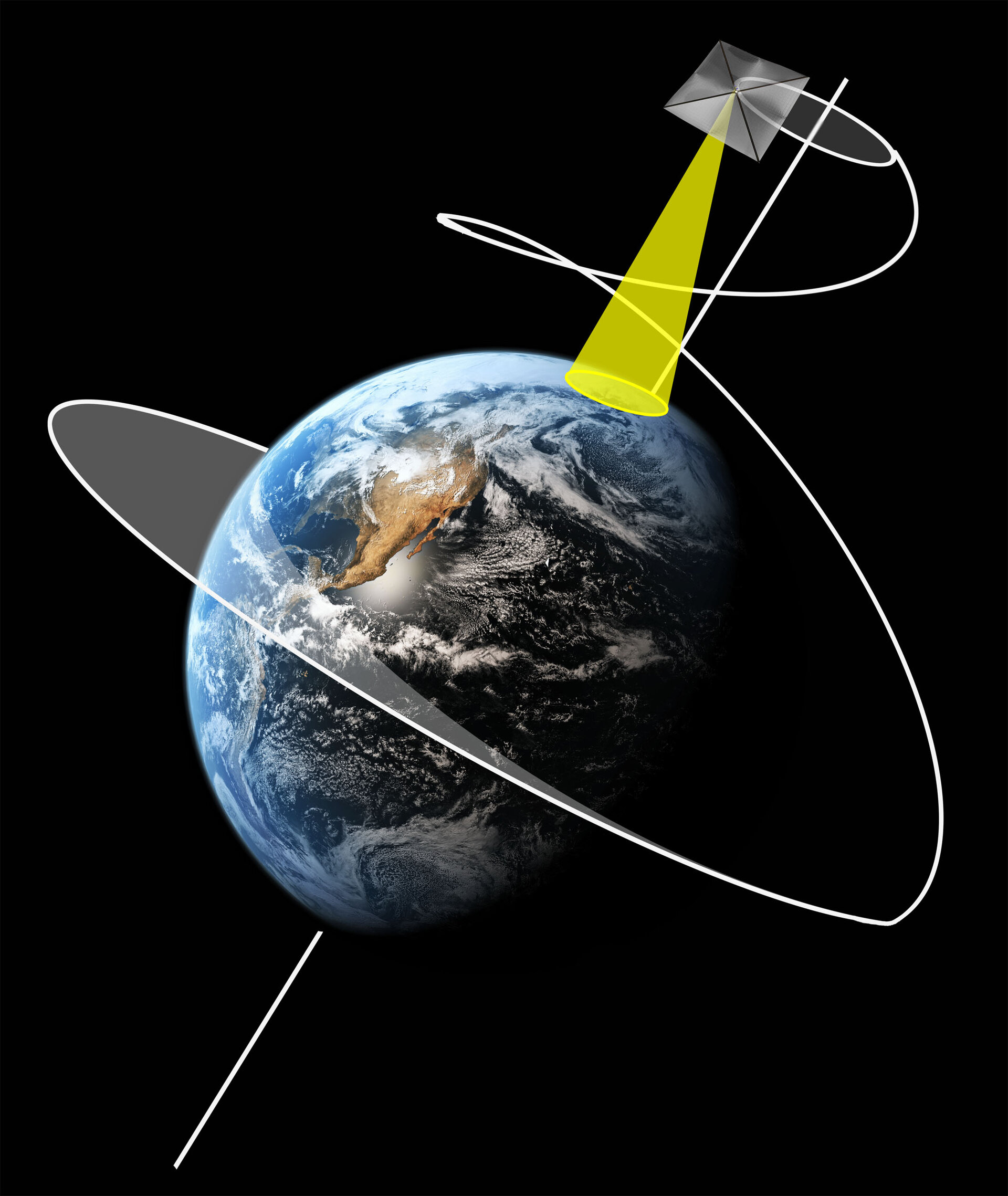 Tomorrow’s orbit today? This image shows how a large solar sail-equipped satellite could partly offset Earth’s and the Sun’s gravity with the slight but steady pressure of sunlight to hover above the Arctic or Antarctic, enabling continuous coverage of high-latitude regions for climate observation or regional communication services.

“However, our VisionSpace project has been investigating novel families of orbits and space systems across a broad range of sizes that could make use of additional factors such as solar radiation pressure, air drag or gravitational interactions.

“The space systems range from microscale applications such as satellite swarms and dust clouds, to mesoscale large deployable space webs and solar sails, all the way up to macroscale solutions such as asteroid capture.”

VisionSpace was a five-year project ending in 2014 to research space system engineering across the extremes of size, funded by the European Research Council.

Prof. McInnes, who oversaw the project while at the University of Strathclyde, was recently invited to ESA’s ESTEC technical centre by the Agency’s Advanced Concepts Team to highlight the project’s findings.

The ACT is tasked with peering beyond the horizon of current space projects. Further information on ESA's activities concerning Earth's polar regions can be found on the ESA Space for Earth website.