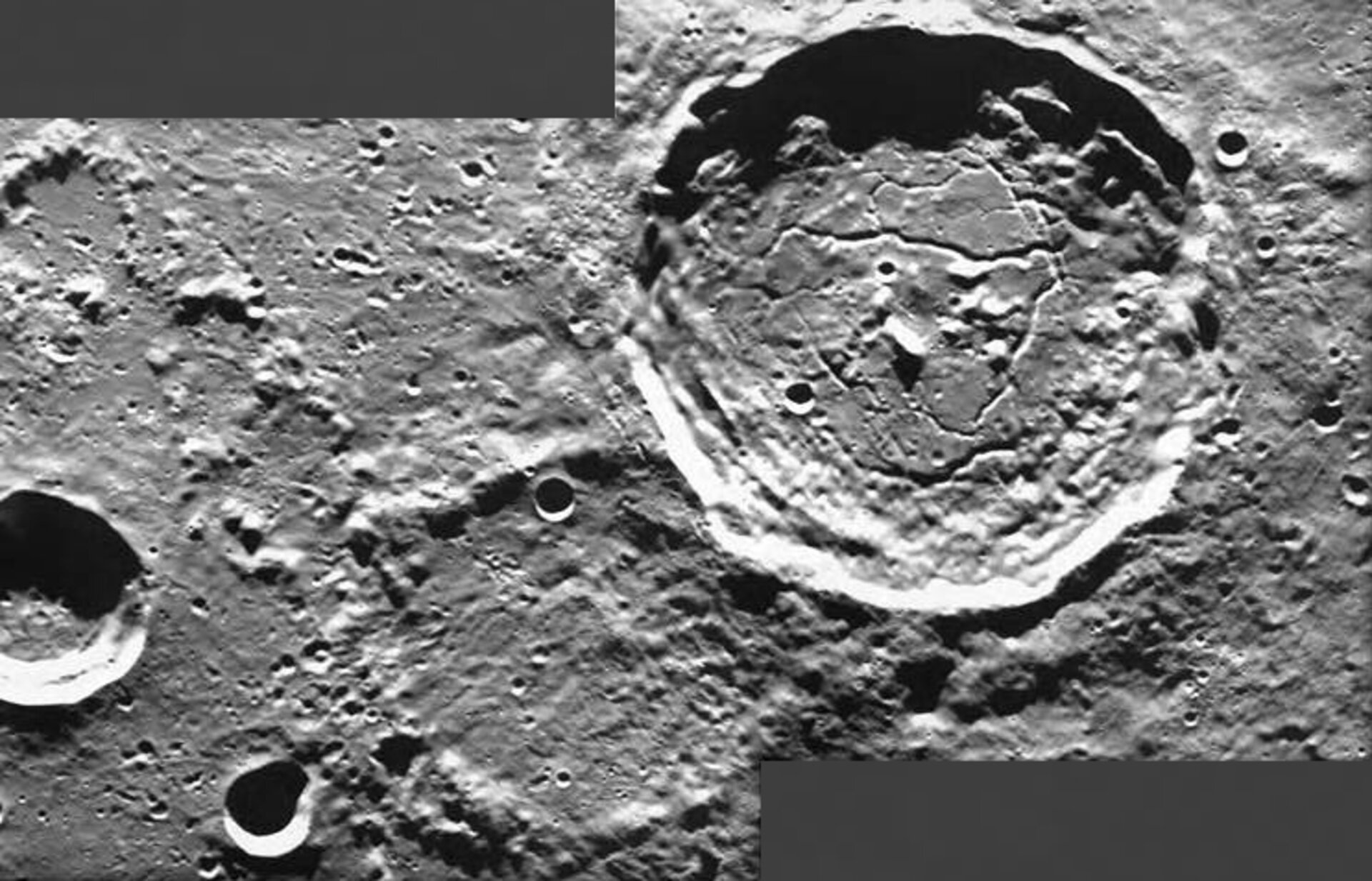 SMART-1 views a cluster of the Moon’s craters

This image shows a crater-filled region in the northeastern part of the Moon. Several features are visible here, including, to the left of the frame, the small Keldysh crater peeking into view. Below and to the right of Keldysh is the small depression of Hercules F, which sits to the left of the faint and eroded rim of Atlas E. The largest and most prominent feature, visible towards the top right of the frame, is Atlas crater.

Atlas is a couple of kilometres deep and nearly 90 km in diameter, with an outline that is slightly more polygonal than circular. The crater floor is peppered with hills, rifts and fractures that surround a clearly visible central mountain (seen casting a shadow). Some of the crater’s features are thought to have been influenced or shaped by volcanism – most prominently, the branching web of deep fissures and cracks stretching throughout the crater, known as Rimae Atlas.

Just below Atlas, out of frame, lies the Hercules crater, the ‘parent’ of Hercules F. Hercules F is known as a satellite crater. Most lunar craters are satellites; one major feature is originally named, and any surrounding satellites take on the same moniker followed by a capital letter: Atlas, Atlas A, and so on. Keldysh, the leftmost crater in this frame, was originally called Hercules A before it was renamed by the International Astronomical Union in the early 1980s.

This practice, of studying, mapping and naming the features on the lunar surface is known as selenography. The Moon’s features are usually named after either mythological figures, as demonstrated by Atlas and Hercules, or in recognition of deceased scientists or explorers, as is the case with Keldysh, which is named for Soviet mathematician Mstislav Vsevolodovich Keldysh (1911–78). Keldysh was a key figure in the Soviet space programme.

This view of the Moon was captured by SMART-1’s camera on 3 February 2006, when the craft was 2474 km above the surface. ESA’s SMART-1, short for Small Missions for Advanced Research and Technology-1, was launched on 27 September 2003. For 14 months it followed a long, spiralling trajectory around Earth towards the Moon as it tested new technologies, including solar electric propulsion. It orbited the Moon from 15 November 2004 until 3 September 2006, when it was intentionally sent crashing onto the lunar surface to end its mission.