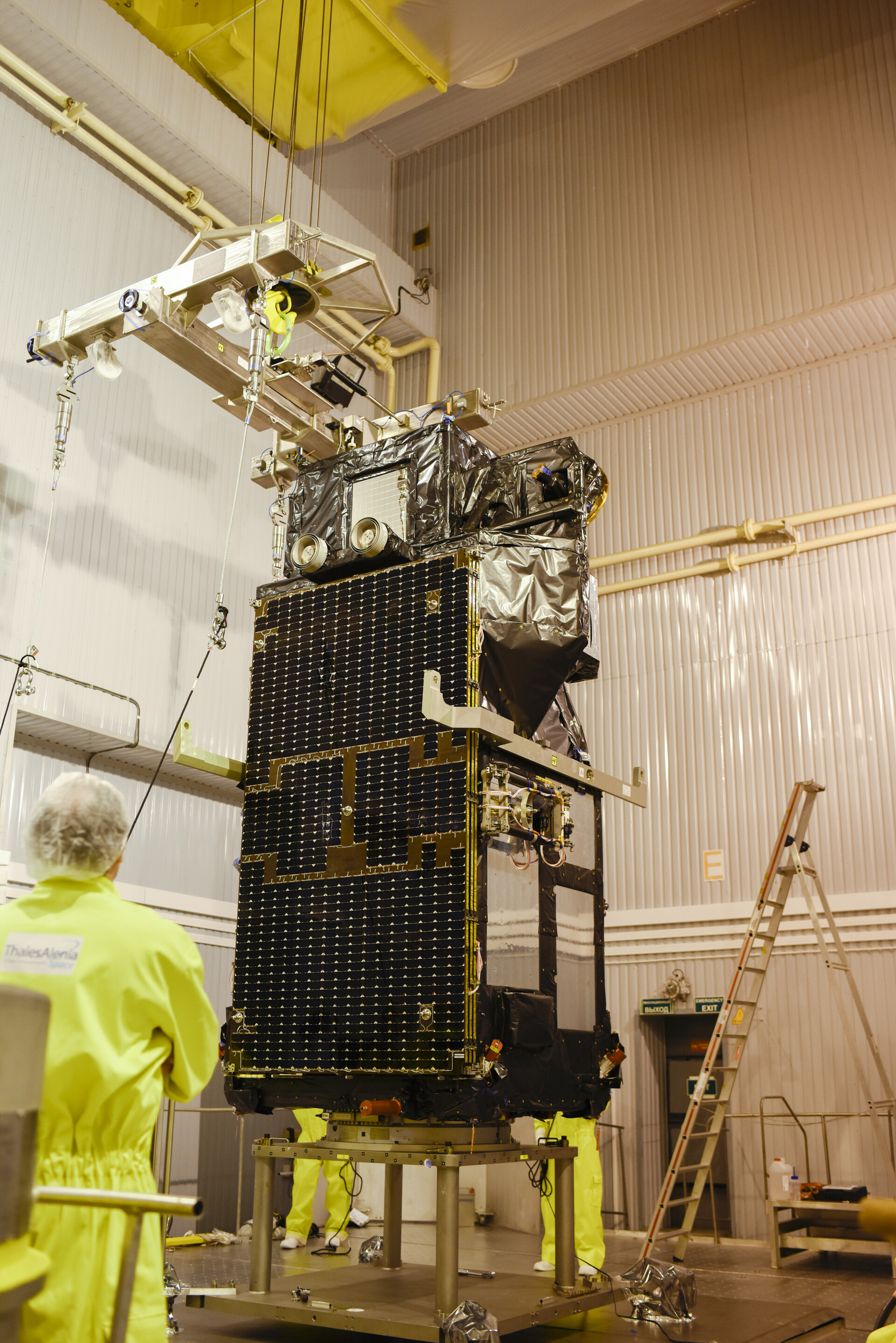 Sentinel-3A before being installed on its flight adapter

Sentinel-3A before being installed on its flight adapter, on 6 February 2016, at the Plesetsk Cosmodrome in northern Russia.