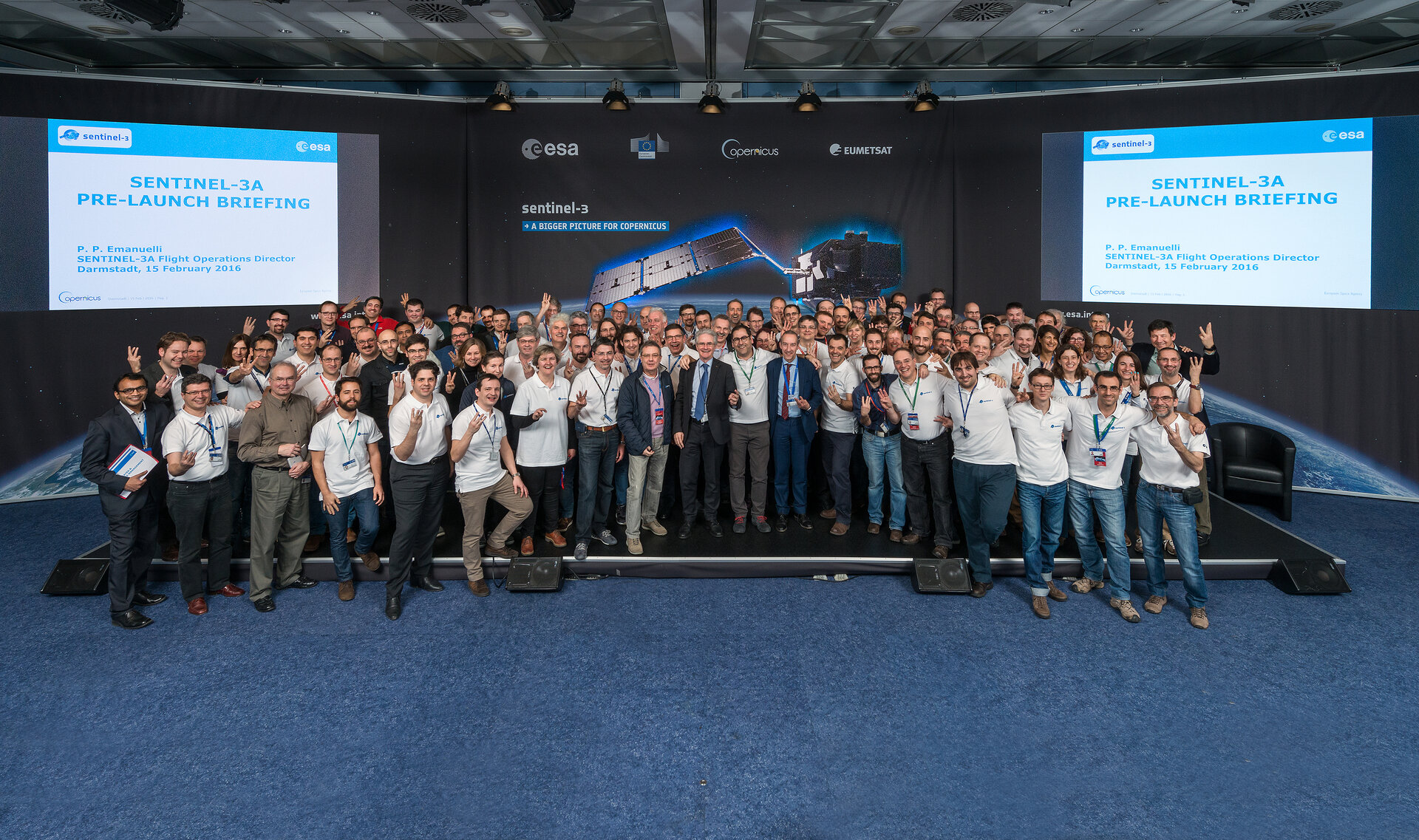 The 1150 kg satellite was carried into orbit on a Rockot launcher from Plesetsk, Russia, at 17:57 GMT (18:57 CET; 20:57 local time). The first signals were received from space after 92 min via ESA’s Kiruna ground station in Sweden. Telemetry links and attitude control were immediately established by teams at ESA’s ESOC operations centre in Darmstadt, Germany, allowing them to monitor the health of the satellite and take over control of the mission.

This ‘team of teams’ involves some 50 engineers and scientists at ESOC, including spacecraft engineers, specialists working on tracking stations and the sophisticated ‘ground segment’ – the hardware and software used to control the satellite and distribute its data – and experts working in flight dynamics, software and networks, as well as simulation and training teams.

Representatives from ESA’s Sentinel project team, as well as several operations engineers integrated within the Flight Control Team and shared with Eumetsat, the European organisation for the exploitation of meteorological satellites, are also working to ensure the success of this crucial mission.