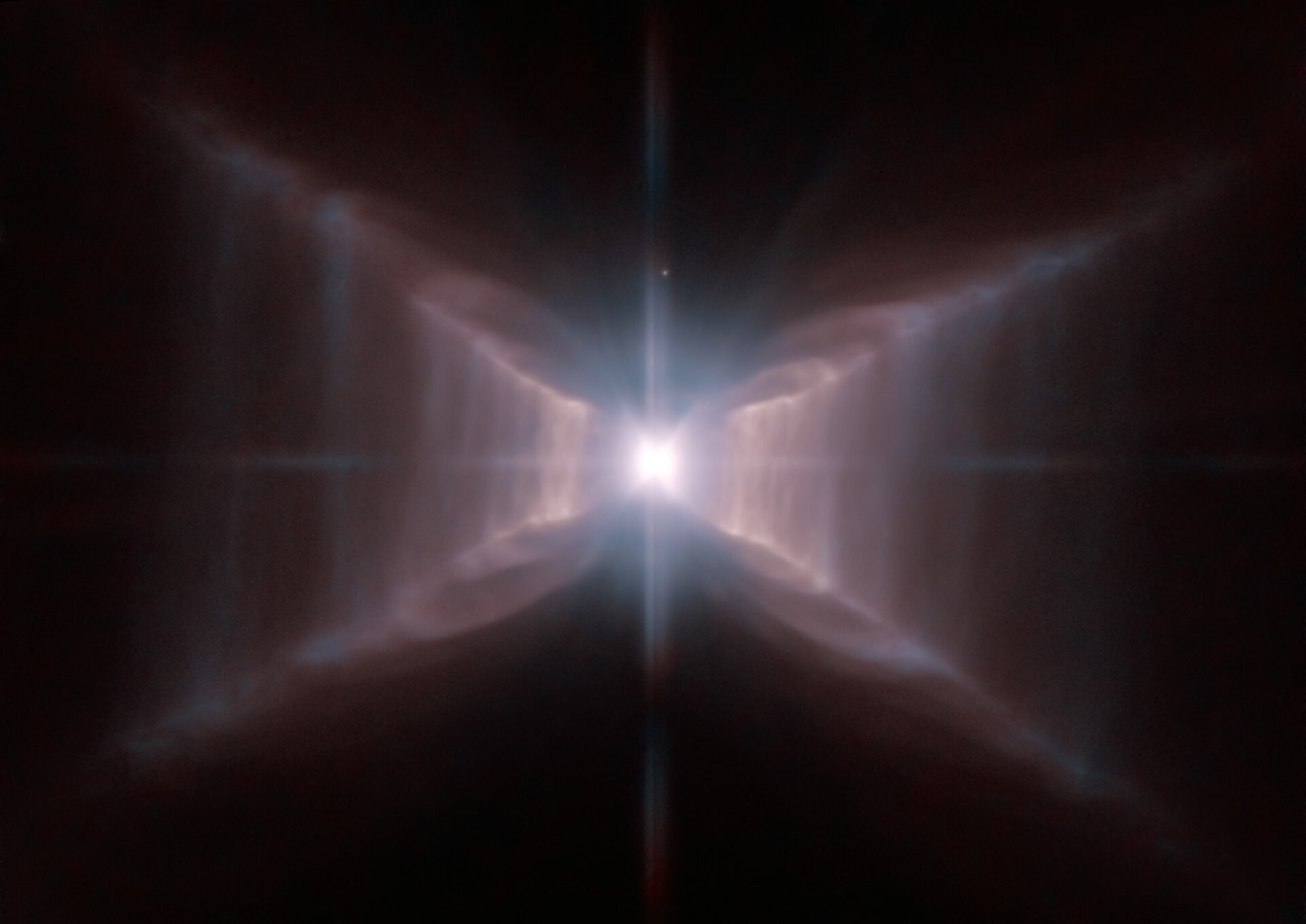 The Unearthly Beauty of the Red Rectangle

Straight lines do not often crop up in space. Whenever they do, they seem somehow incongruous and draw our attention. The Red Rectangle is one such mystery object.

It first caught astronomers’ attention in 1973. The star HD 44179 had been known since 1915 to be double, but it was only when a rocket flight carrying an infrared detector was turned its way that the red rectangle revealed itself.

This image was taken later, in 2007, by the Hubble Space Telescope’s Advanced Camera for Surveys. It focuses on wavelengths of red light, in particular highlighting the emission from hydrogen gas.

This particular emission has been displayed in red. A second, broader range of orange–red light has also been recorded, and, to increase the contrast, this light has been colour coded blue on the image.

The Red Rectangle is some 2300 light-years away in the constellation of Monoceros. It arises because one of the stars in HD 44179 is in the last stages of its life. It has puffed up as the nuclear reactions at its core have faltered, and this has resulted in it shedding its outer layers into space.

Such a cloud of gas is known erroneously as a planetary nebula because Hanoverian astronomer William Herschel thought they look a bit like the pale disc of Uranus, the planet he had discovered.

The X-shape revealed in this image suggests that something is preventing the uniform expansion of the star’s atmosphere. Instead, a thick disc of dust probably surrounds the star, funnelling the outflow into two wide cones. The edges of these show up as the diagonal lines. Thankfully, while that explains the mystery of the object, it does not detract from its unearthly beauty.

This image was first published in June 2010.