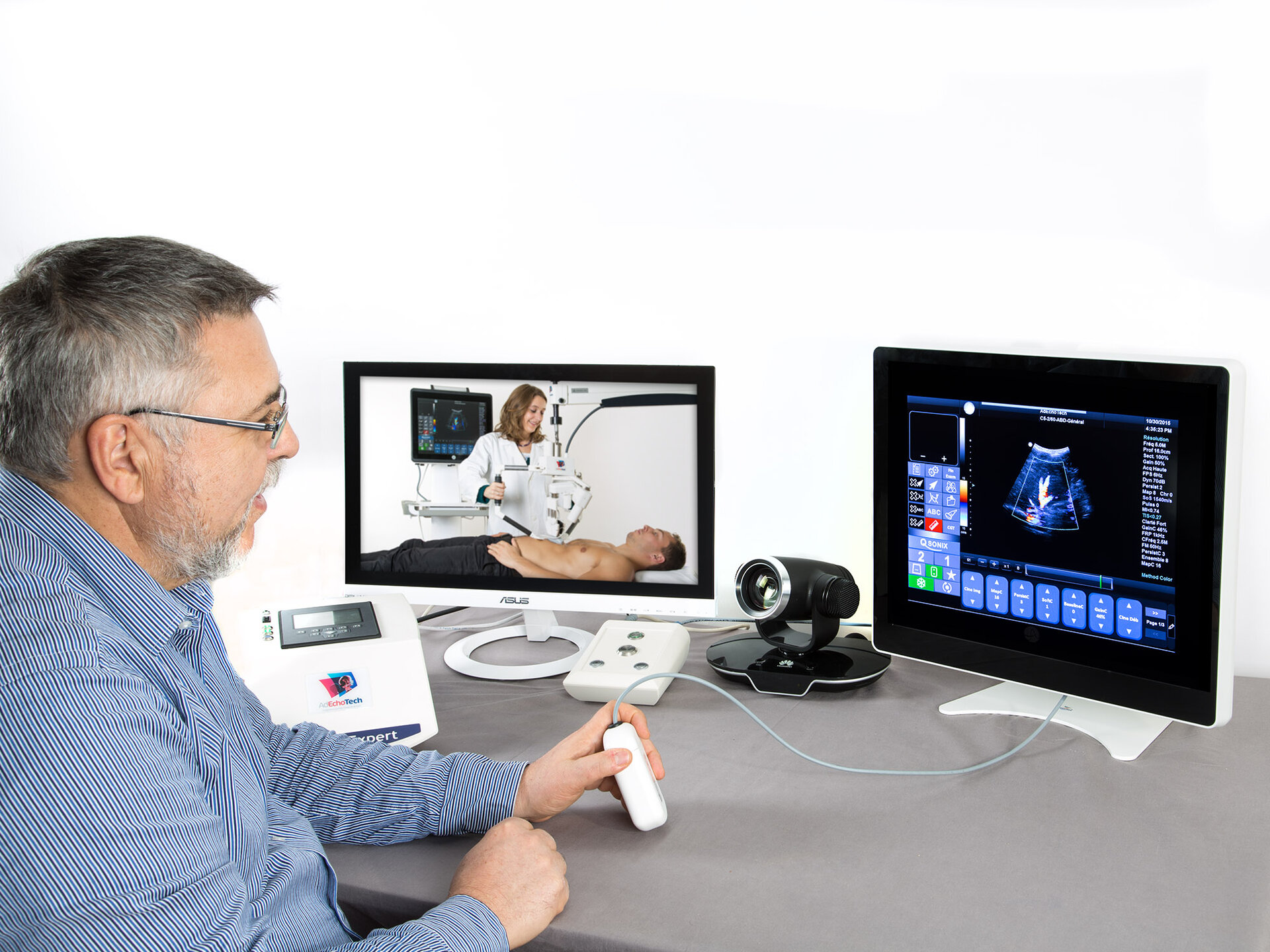 A radiologist performing a remote ultrasound exam from hundreds of kilometres away, using a telemedicine system originally developed for astronauts. An assistant simply holds the device against the patient and the ultrasound expert moves the probe as if present in the examination room. They control the device in real time using a joystick, based on ultrasound imagery relayed back. AdEchoTech, based in Vendôme in central France, has marketed this ‘tele-echography’ system to more than 15 hospitals and health institutes in France and abroad, with others participating in trials. This TESSA (Tele-Echography for ESA) technology was originally developed over a series of ESA projects with the intent to support astronauts in orbit.