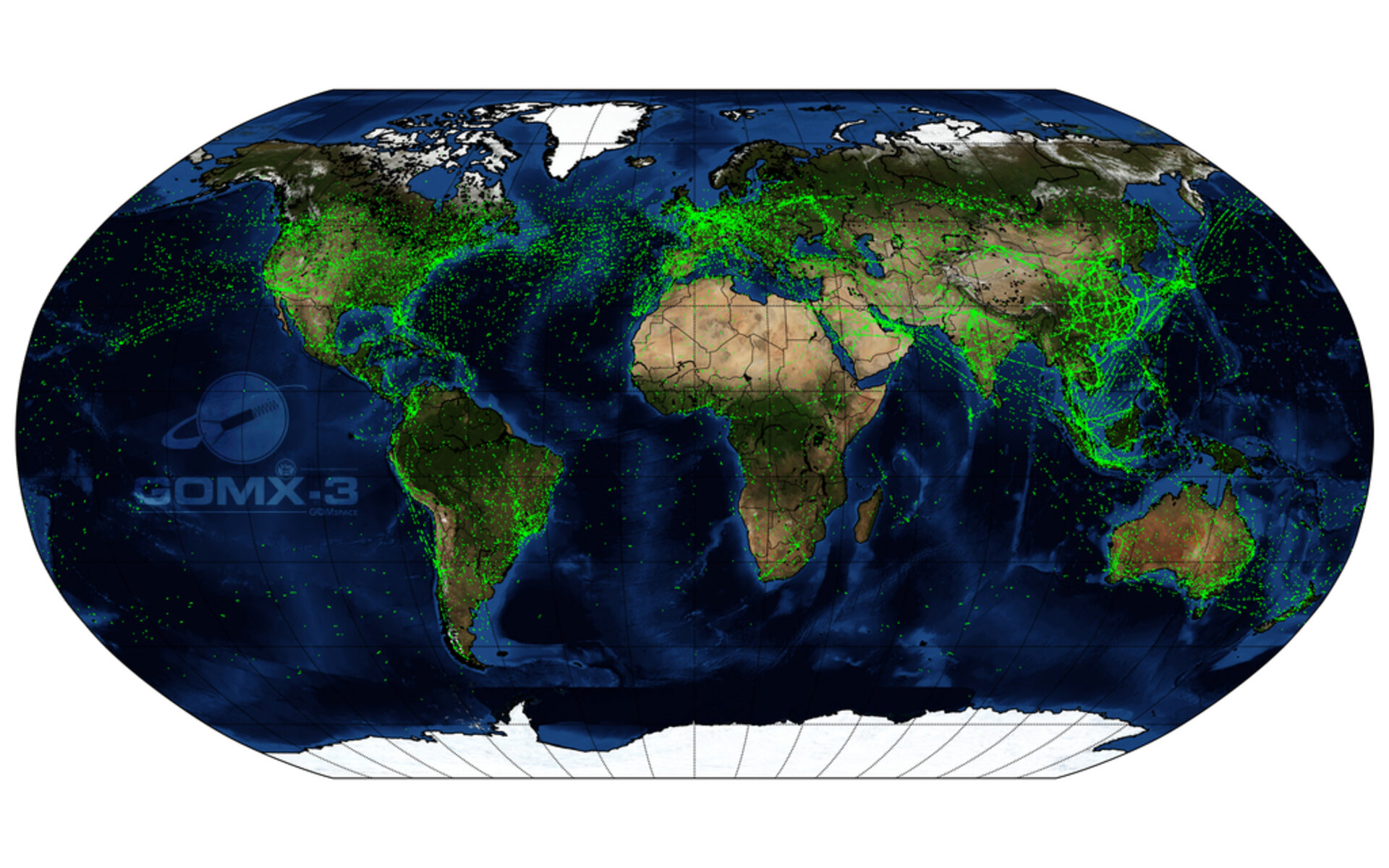 Detections of aircraft in flight made by ESA CubeSat GomX-3 during the last six months, since it was released from the International Space Station on 5 October 2015. Built by GomSpace in Denmark, the tiny 3-unit CubeSat has picked up millions of ADS-B signals which give flight information such as speed, position and altitude. All aircraft entering European airspace are envisaged to provide such automatic surveillance in the coming years.