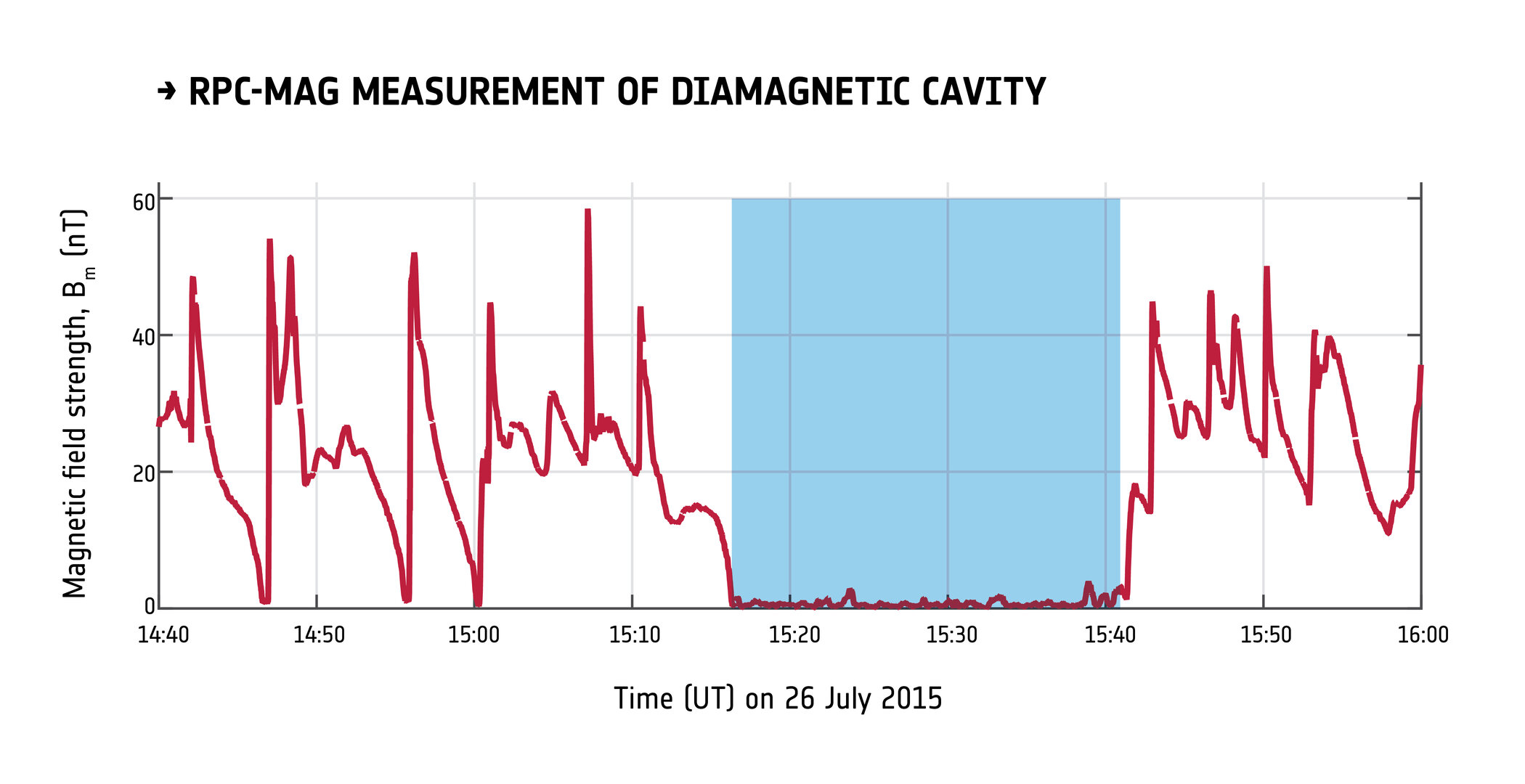 The decrease in magnetic field strength measured by Rosetta’s RPC-MAG instrument at Comet 67P/Churyumov–Gerasimenko on 26 July 2015 at a distance of about 170 km from the comet.

The measurement reveals a ‘diamagnetic cavity’, or a region devoid of magnetic field, caused by the interaction of the comet with the solar wind. This is one of the most spectacular measurements from almost 700 detections of magnetic field-free regions made by Rosetta at the comet since June 2015.

Scientists expected that such a diamagnetic cavity could form at Rosetta's comet around perihelion, but only extend to 50–100 km from the nucleus, and since the spacecraft was at greater distances from the comet at the time, they did not expect to detect it. Instead, they measured it and on many occasions, revealing that the cavity is much bigger than expected.

The reason for that is likely a dynamic perturbation, or instability, that propagates and gets amplified along the boundary between the solar wind and the magnetic field-free cavity, causing the latter to grow in size and allowing Rosetta to detect it.