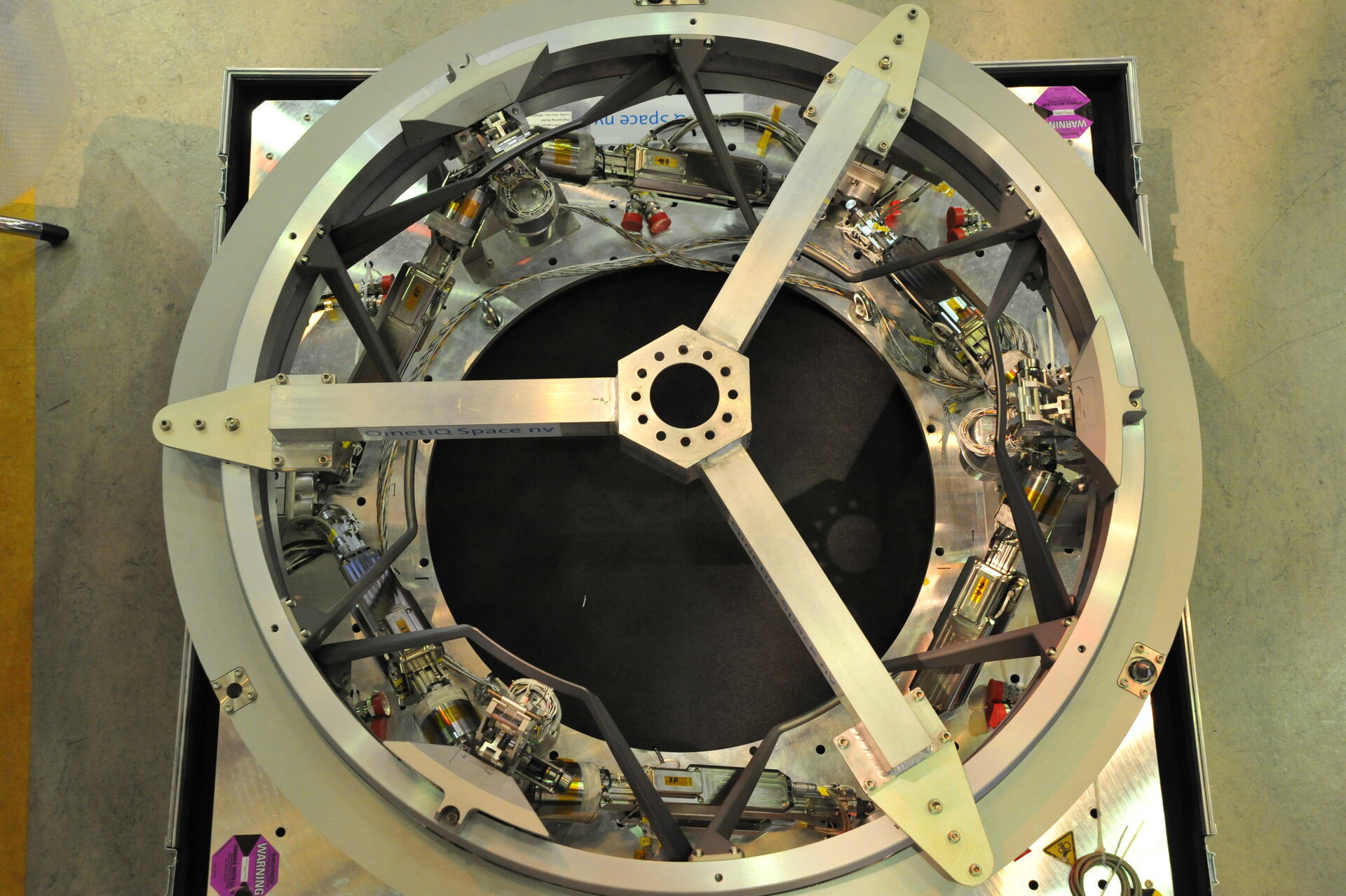 A close-up of the engineering model of ESA’s International Berthing and Docking Mechanism (IBDM) that will mate spacecraft with an airtight seal. Whereas present docking systems are passive and rely on the spacecraft to push against each other to make the connection, ESA’s new mechanism is active, allowing the spacecraft to meet more gently before it draws them together.

The International Space Station has three types of docking units that are all incompatible: one designed for Russian spacecraft and used by Europe’s ATV space freighter; one for the now-retired US Space Shuttle; and a berthing port for vessels that cannot dock on their own but are first captured by the Station’s robotic arm.

To promote cooperation and allow the next generation of spacecraft to link up, the Station’s partner agencies are creating the International Docking System Standard. This will allow the underlying mechanism to be designed in any way but ensures all spacecraft will be able to connect.

ESA’s IBDM follows the standard to work with a lighter generation of space vehicles. It is identical for both craft – any two vehicles can dock or be berthed. It is the only design that will sense the forces at play during the mating and adapt accordingly, ‘grabbing’ a lighter vessel or absorbing the loads of a heavier vehicle.

Although the connection is defined by the international standard, the mechanism behind the docking ring can be designed in any way, simplifying future cooperation in space.