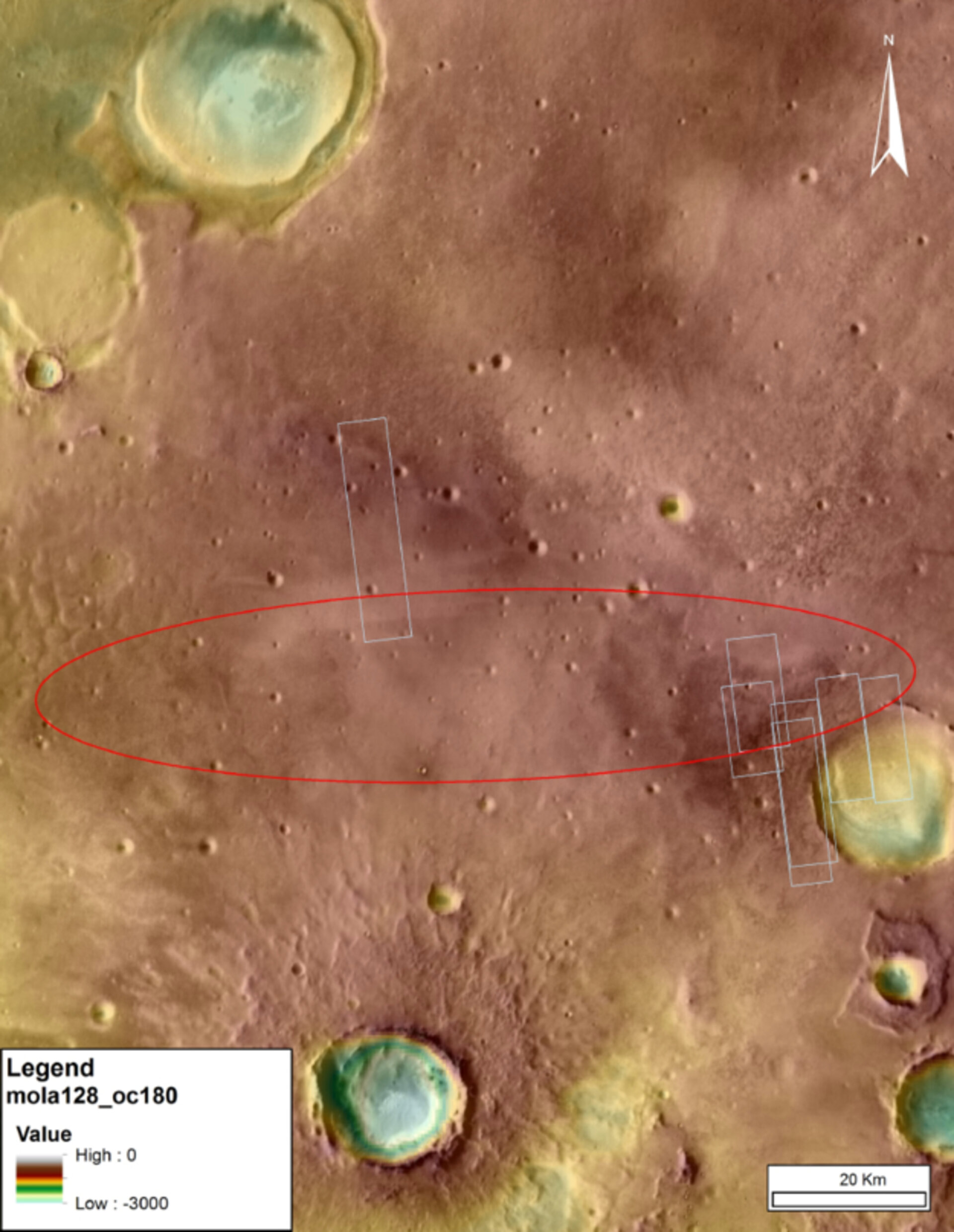 The ExoMars 2016 entry, descent, and landing demonstrator module, known as Schiaparelli, will touch down on Mars on 19 October 2016 within the solid ellipse marked on this topographical image. The ellipse measures about 115 km East-West and 25 km North-South, and takes account of all landing ellipses that would arise from a launch during the launch window of 14-25 March.

The topographical map is from the Mars Orbiter Laser Altimeter (MOLA), an instrument on the Mars Global Surveyor (MGS).