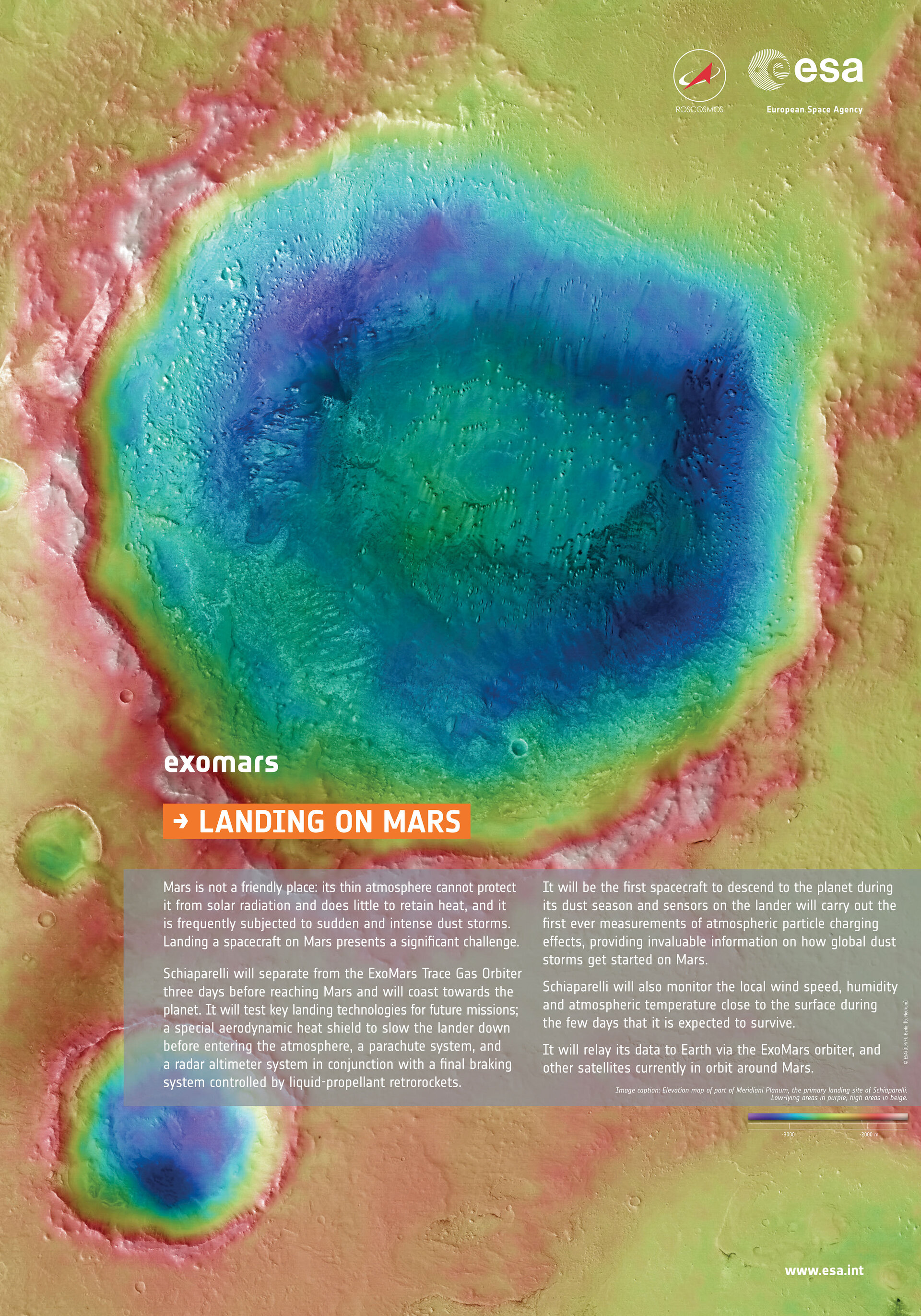 Mars is not a friendly place : its thin atmosphere cannot protect it from solar radiation and does little to retain heat, and it is frequently subjected to sudden and intense dust storms. Landing a spacecraft on Mars presents a significant challenge.

Schiaparelli will separate from the ExoMars Trace Gas Orbiter three days before reaching Mars and will coast towards the planet.  It will test key landing technologies for future missions; a special aerodynamic heat shield to slow the lander down before entering the atmosphere, a parachute system, and a radar altimeter system in conjunction with a  final braking system controlled by liquid-propellant retrorockets.

It will be the first spacecraft to descend to the planet during its dust season and sensors on the lander will carry out the first ever measurements of atmospheric particle charging effects, providing invaluable information on how global dust storms get started on Mars.

Schiaparelli will also monitor the local wind speed, humidity and atmospheric temperature close to the surface during the few days that it is expected to survive.

It will relay its data to Earth via the ExoMars orbiter, and other satellites currently in orbit around Mars.