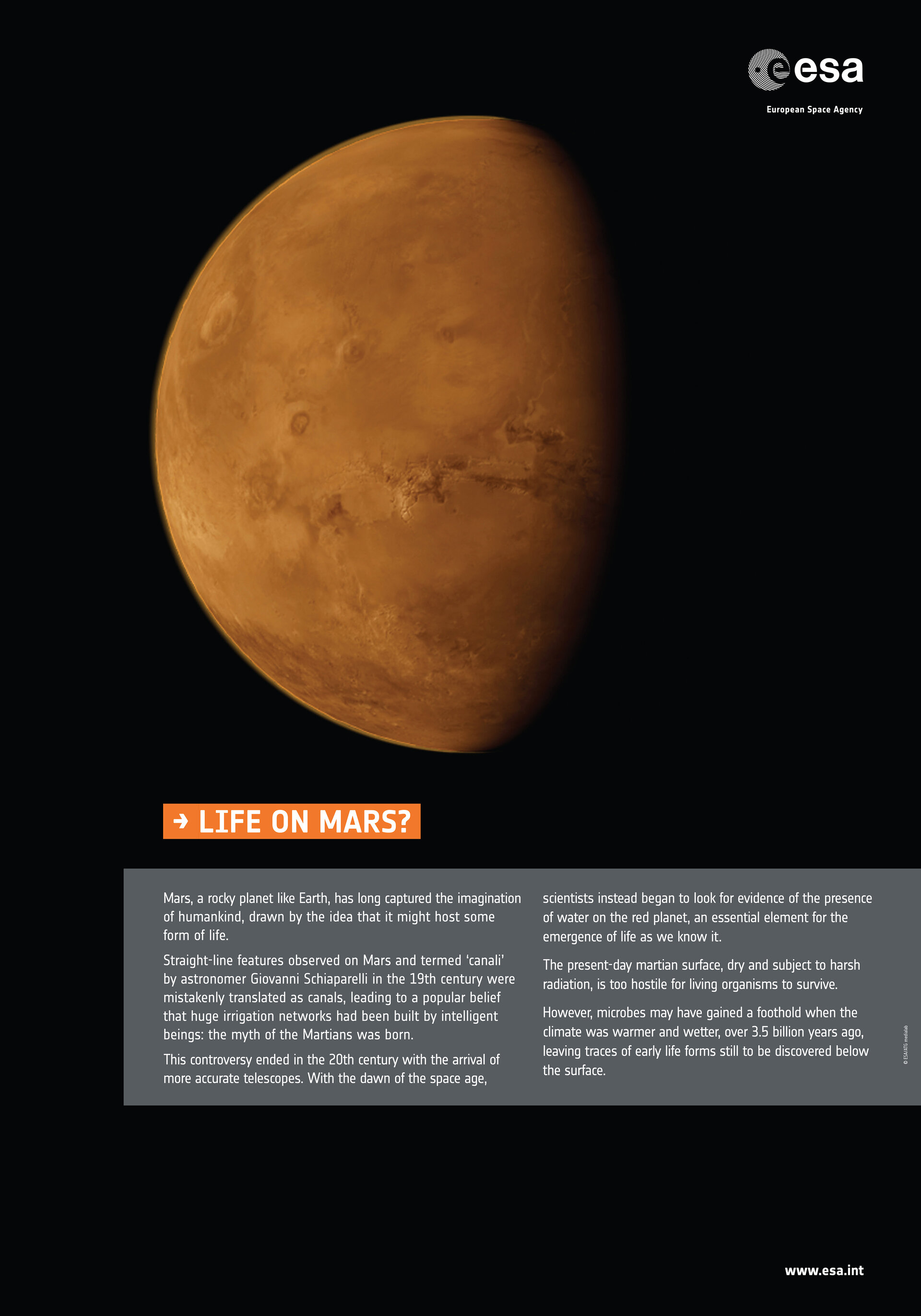 Mars, a rocky planet like Earth, has long captured the imagination of humankind, drawn by the idea that it might host some form of life.

Straight-line features observed on Mars and termed ‘canali’ by astronomer Giovanni Schiaparelli in the 19th century were mistakenly translated as ‘canals’, leading to a popular belief that huge irrigation networks had been built by intelligent beings: the myth of the Martians was born.

This controversy ended in the 20th century with the arrival of more accurate telescopes.  With the dawn of the space age, scientists instead began to look for evidence of the presence of water on the red planet, an essential element for the emergence of life as we know it.

The present-day martian surface, dry and subject to harsh radiation, is too hostile for living organisms to survive.  However, microbes may have gained a foothold when the climate was warmer and wetter, over 3.5 billion years ago, leaving traces of early life forms still to be discovered below the surface.