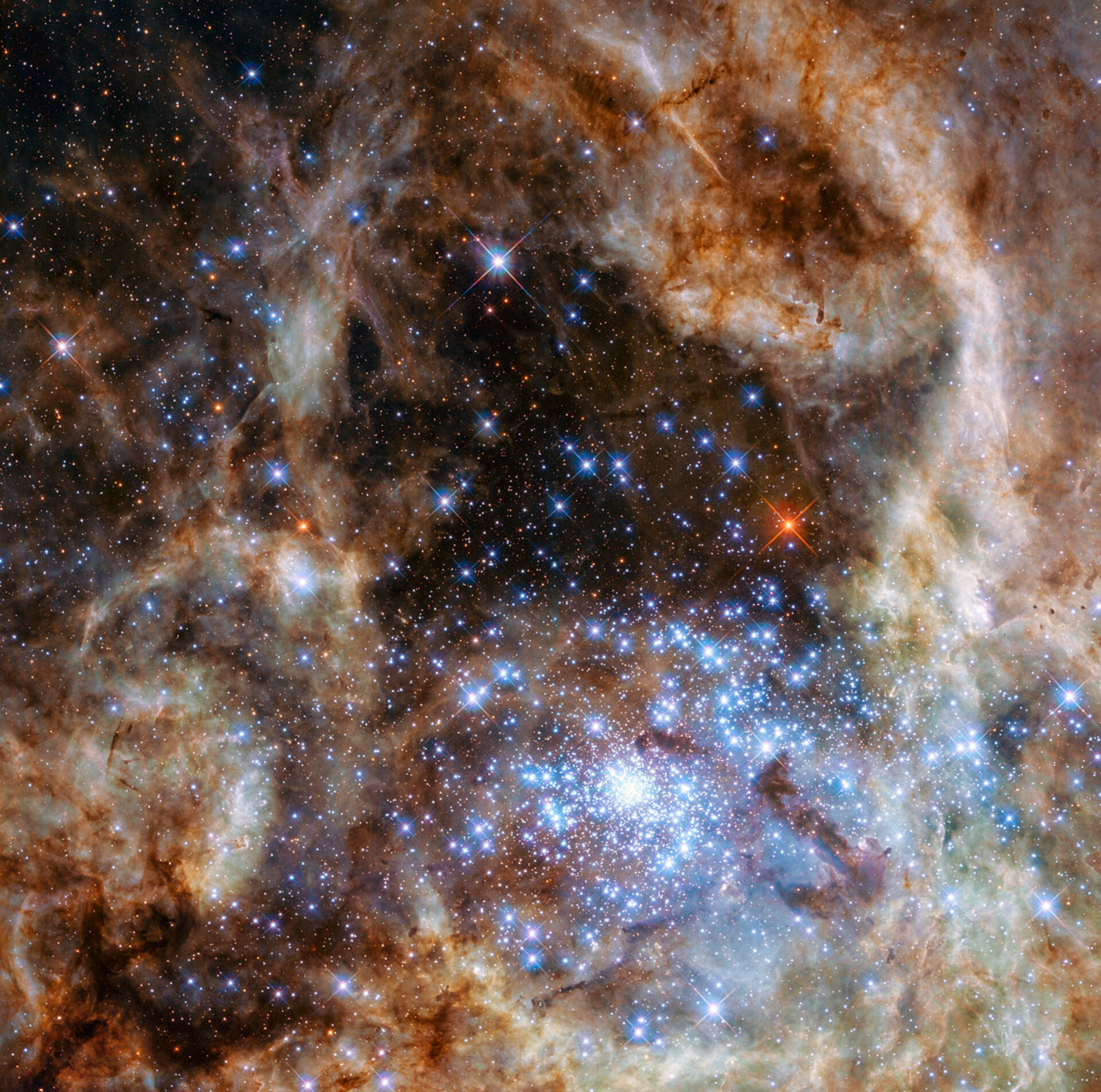 Showcased in this NASA–ESA Hubble Space Telescope image is a young stellar cluster known as R136.

Located in the Tarantula Nebula within the Large Magellanic Cloud, about 170 000 light-years away, the young cluster hosts many extremely massive, hot and luminous stars whose energy is mostly radiated in the ultraviolet. Scientists have combined images taken with the Wide Field Camera 3 (WFC3) on Hubble with the unprecedented ultraviolet spatial resolution of the Space Telescope Imaging Spectrograph (STIS) to identify some of the most massive and brightest stars known.

As well as finding dozens of stars exceeding 50 solar masses, this new study revealed nine very massive stars in the cluster, all more than 100 times more massive as the Sun. The detected stars are not only extremely massive, but also extremely bright. Together, these nine stars outshine the Sun by a factor of 30 million.