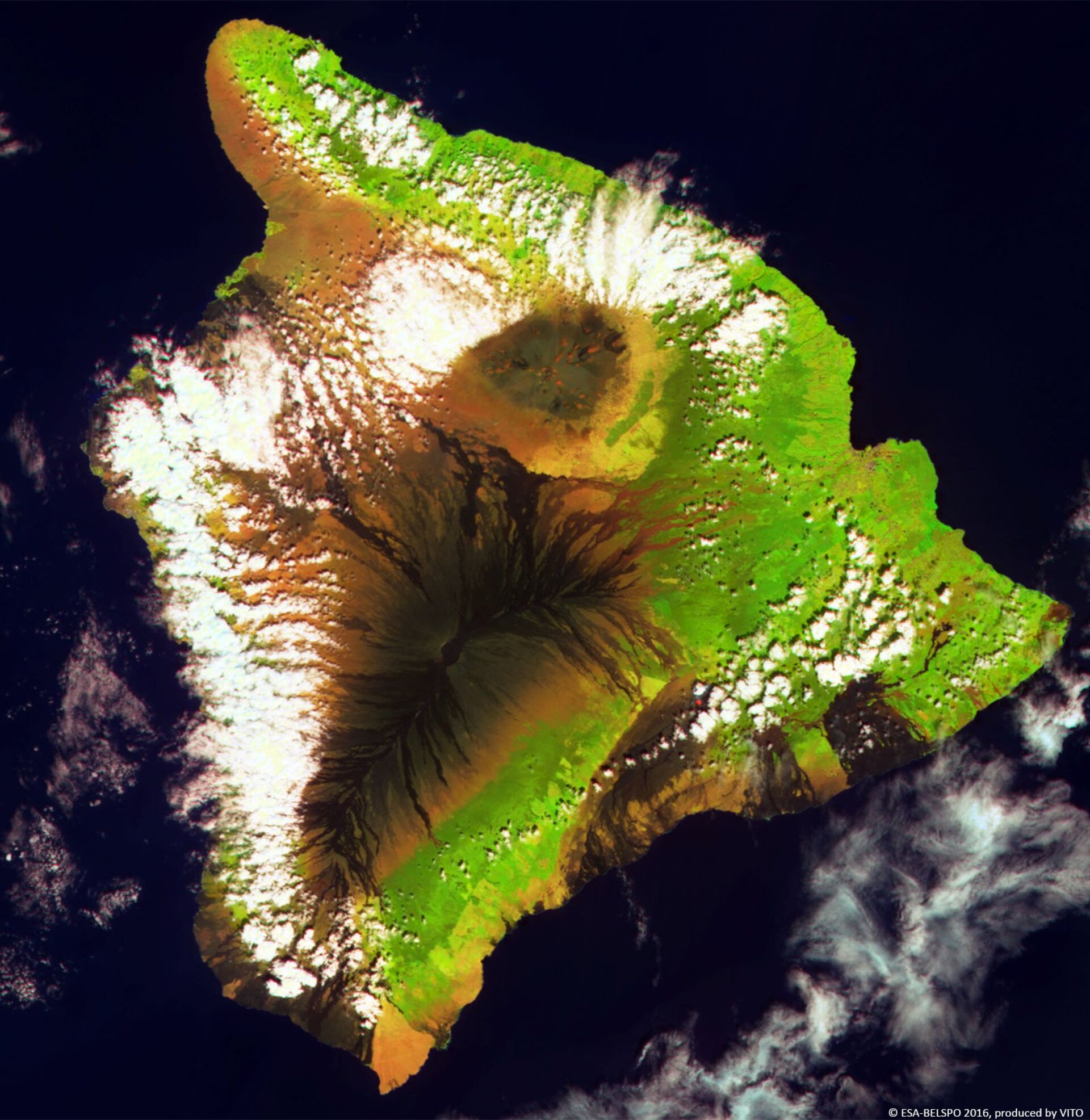 ESA’s Proba-V minisatellite gazes down at Earth’s largest volcano – Mauna Loa, or ‘long mountain’ which covers half of the island of Hawaii.

Mauna Loa remains active, having last erupted in 1984. To the north of its distinctive blackened ridges is the still-higher Mauna Kea volcano – an extinct volcano whose crests are home to some of the world’s leading astronomical observatories.

To its east is the very active Kilauea volcano, which has been erupting for more than three decades, the Hawaii Island being formed of five volcanoes altogether. The island’s forest reserves are shown in green.

Mauna Loa stands 4169 m above sea level, and extends another 5 km beneath the sea. Its 75 000 cubic km volume depresses the adjacent sea bed another 6 km or so.  This Proba-V image was acquired on 19 February this year with a resolution of 100 m.