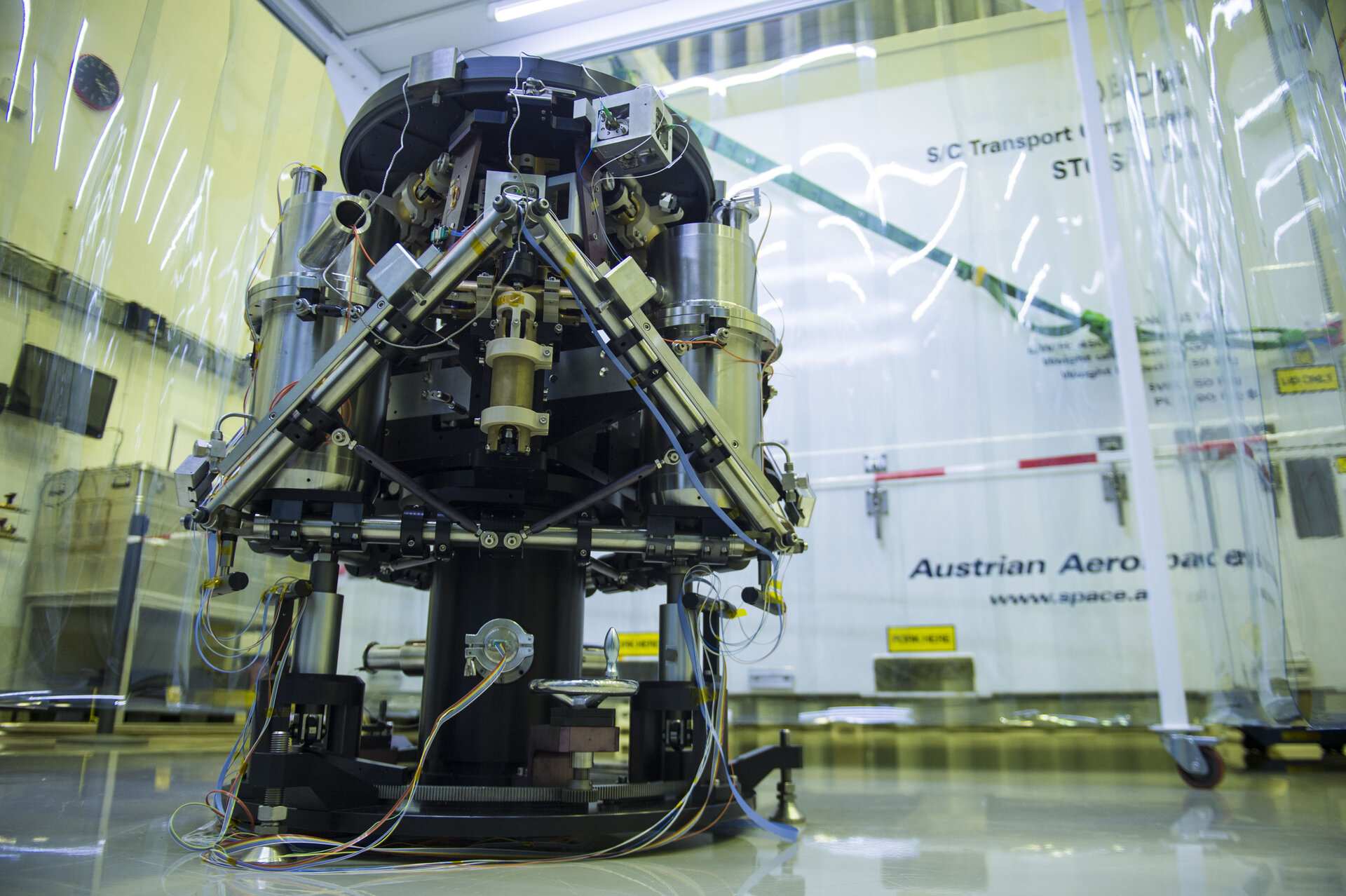 The latest addition to ESA’s satellite-testing facilities is this six-degree-of-freedom microvibration unit, sufficiently sensitive to identify the multi-axis forces induced by a single dropped feather.

Developed for ESA by the UK’s National Physical Laboratory – a national centre of excellence for measurement standards – this new microvibration test machine is designed to characterise extremely small disturbances from satellite subsystems or to assess the performance of precision mechanisms.

In addition, it is able to generate a controlled microvibration environment by itself, allowing the assessment of an item’s performance under various conditions.

“This new facility is complementing these capabilities, enabling us to offer an independent characterisation of potential microvibration sources while also allowing performance testing of sensitive equipment while subjected to an injected microvibration environment."

Standing around a metre high, the facility – being installed at the ESTEC Test Centre in Noordwijk, the Netherlands – performs two tasks at once.

Its bottom section isolates the rest of the measurement part of the machine from vibrations transferred via the ground such as nearby footsteps, seismic noise or even the waves of the nearby North Sea. Suitably detached in this way, the top section measures micronewton-scale forces and torques from the item under test.

The unit operates under a plastic tent to minimise perturbations from airflow caused by the building’s cleanroom-class air conditioning. It can also work in vacuum.

Once it is qualified, it will enter service in June. ESA is also looking for a permanent name for the machine – watch this space for more details.

Designed for full-scale satellite testing, the ESTEC Test Centre is a collection of facilities to simulate every aspect of the space environment.

Everything is located under a single roof, within a controlled cleanroom environment tailored for delicate flight hardware.

Based in a dedicated building in ESTEC, it is the largest centre of its kind in Europe, and one of the largest in the world.