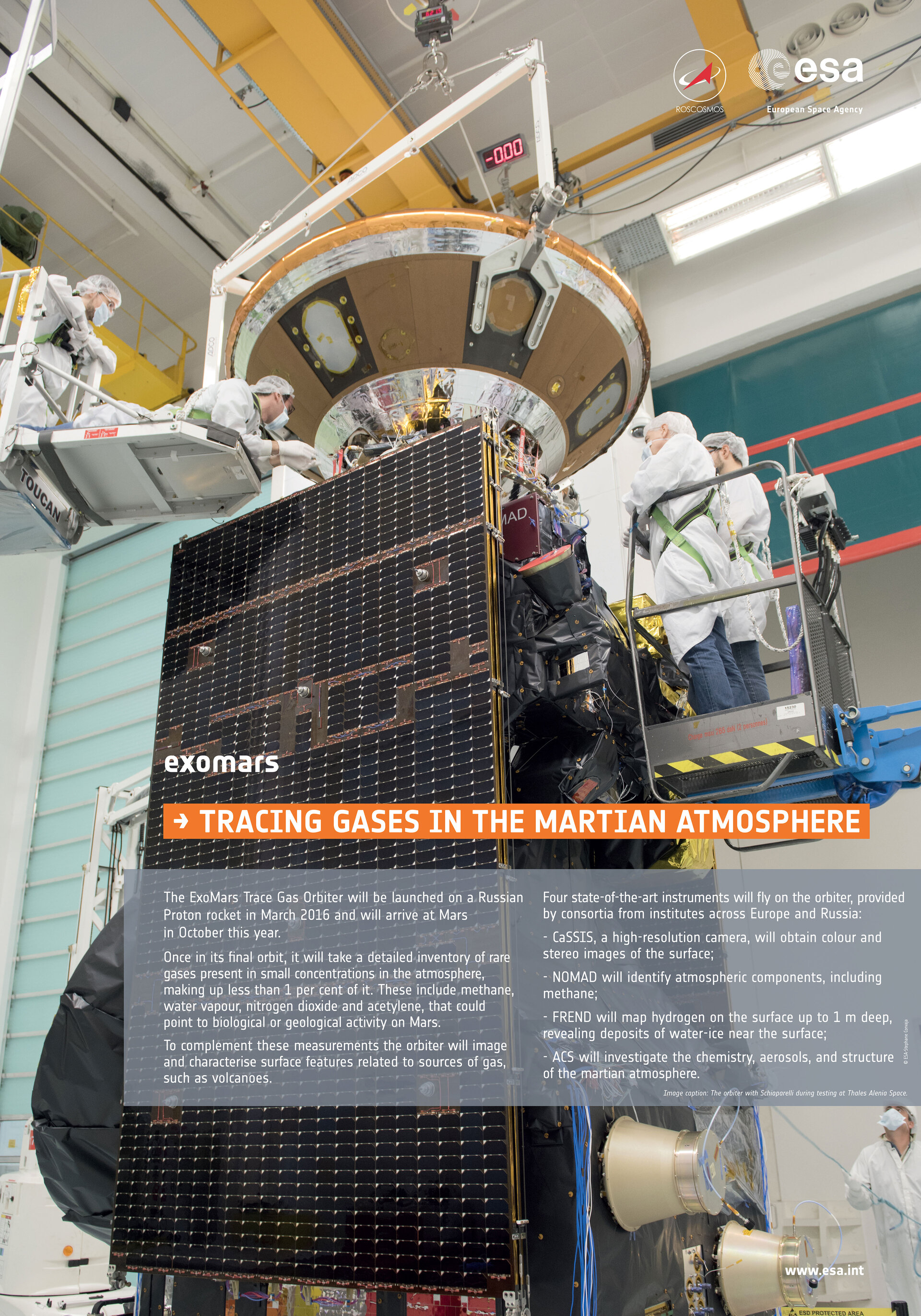 Tracing gases in the Martian atmosphere

The ExoMars Trace Gas Orbiter will be launched on a Russian Proton rocket in March 2016 and will arrive at Mars in October this year.

Once in its final orbit, it will take a detailed inventory of  rare gases present in small concentrations in the atmosphere, making up less than 1 per cent of it.  These include methane, water vapour, nitrogen dioxide and acetylene, that could point to biological or geological activity on Mars.

To complement these measurements the orbiter will image and characterise surface features related to sources of gas, such as volcanoes.

Four state-of-the-art instruments will fly on the orbiter, provided by consortia from institutes across Europe and Russia:

- CaSSIS, a high-resolution camera, will obtain colour and stereo images of the surface;

- FREND will map hydrogen on the surface up to 1 m deep, revealing deposits of water-ice near the surface;

- ACS will investigate the chemistry, aerosols, and structure of the martian atmosphere.