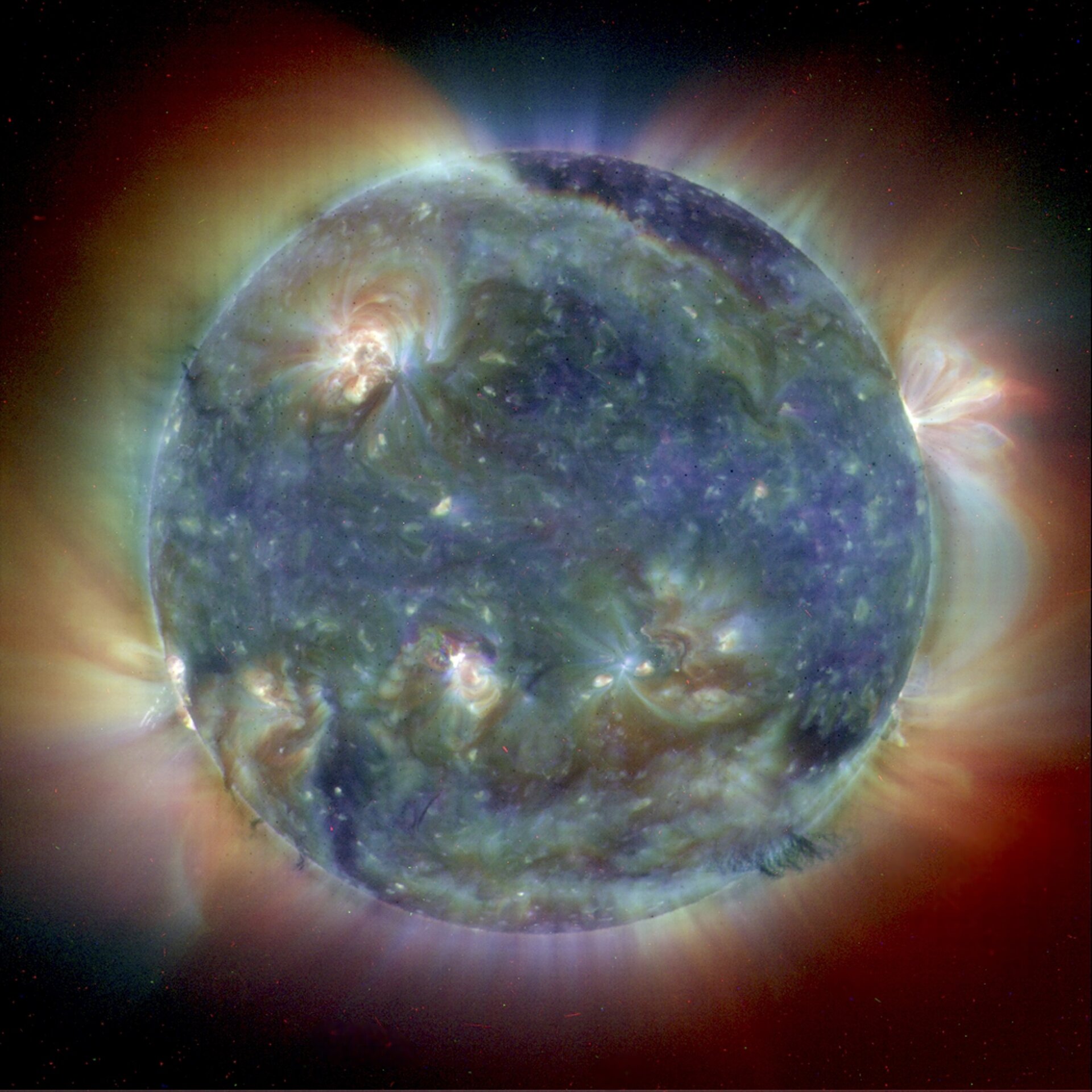 This eerie coloured orb is nothing less than the life-giver of the Solar System. It is the Sun, the prodigious nuclear reactor that sits at the heart of our planetary system and supplies our world with all the light and heat needed for us to exist.

To the human eye, the Sun is a burning light in the sky. It is dangerous to look at it directly unless some special filtering is used to cut out most of the light pouring from its incandescent surface.

However, to the electronic eyes of the Solar and Heliospheric Observatory (SOHO), the Sun appears a place of delicate beauty and detail.

The gas temperature is traced by iron atoms, where rising temperature strips increasing numbers of electrons from around the nucleus.

These atoms all exist in the outer part of the Sun’s atmosphere known as the corona. How the corona is heated to millions of degrees remains the subject of scientific debate.

The constant monitoring of the Sun’s atmosphere with SOHO, and with other Sun-staring spacecraft like the Solar Dynamics Observatory and Proba-2, is allowing solar physicists to build up a detailed picture of the way the corona behaves. This gives them insight into the physical processes that give rise to the corona and its behaviour.