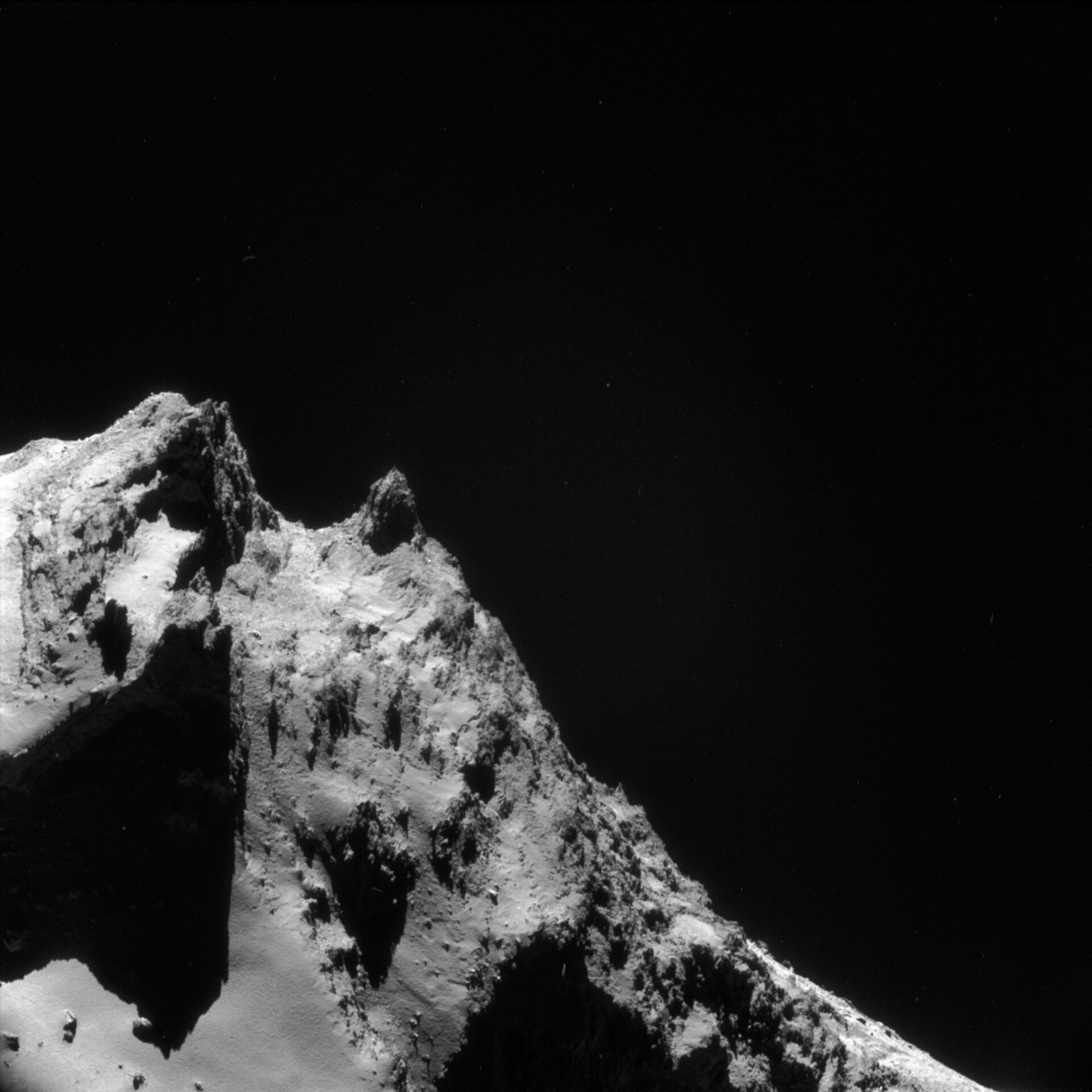 Captured in this curious view are the Anuket region and its surroundings on Comet 67P/Churyumov–Gerasimenko. The image was taken by Rosetta’s navigation camera (NavCam) on 13 March 2016, from a distance of 17 km, and measures about 1.5 km across.

However, if we briefly suspend disbelief and set our imagination free, we might be tricked into recognising the profile of a face, with the forehead and eyebrows on the left, a nose pointing upwards and even the hint of a smile. This is an effect of pareidolia, a psychological phenomenon whereby humans tend to identify familiar shapes in the vague patterns of random images.

In reality, the fictional face shows the rough landscape of Anuket, a region of rugged terrains on the small comet lobe and declining towards the large lobe, which is located beyond the lower-right corner of the image.

What might appear as a forehead, towards the left, is in fact the surface of Serqet, a small region comprising flat and smooth terrains and a few boulders. The sharp cliff separating Serqet and Anuket contributes to the optical illusion, suggesting the profile of an eye socket and eyebrow.

Along the sharp boundary between Serqet and Anuket – the eyebrow – is a round, crescent feature, known as C. Alexander Gate. It is dedicated to Dr Claudia J. Alexander, who was the US Rosetta Project Scientist and passed away in July 2015.

The image also depicts Serqet casting a dramatic shadow onto parts of Ma’at, the smooth, dusty region visible in the lower-right part of the image. Another striking element is the border between Ma’at and Anuket, highlighting the difference between the almost featureless appearance of Ma’at and the rugged terrains of Anuket.

A hint of the Hathor region is also visible, albeit cast in shadow, on the lower part of the image. You can use the comet viewer tool to aid navigation around the comet’s regions.

Rosetta is currently around 30 km from the nucleus, and will continue studying the comet from up close until the end of September, when it will be manoeuvered into a controlled impact on the comet.