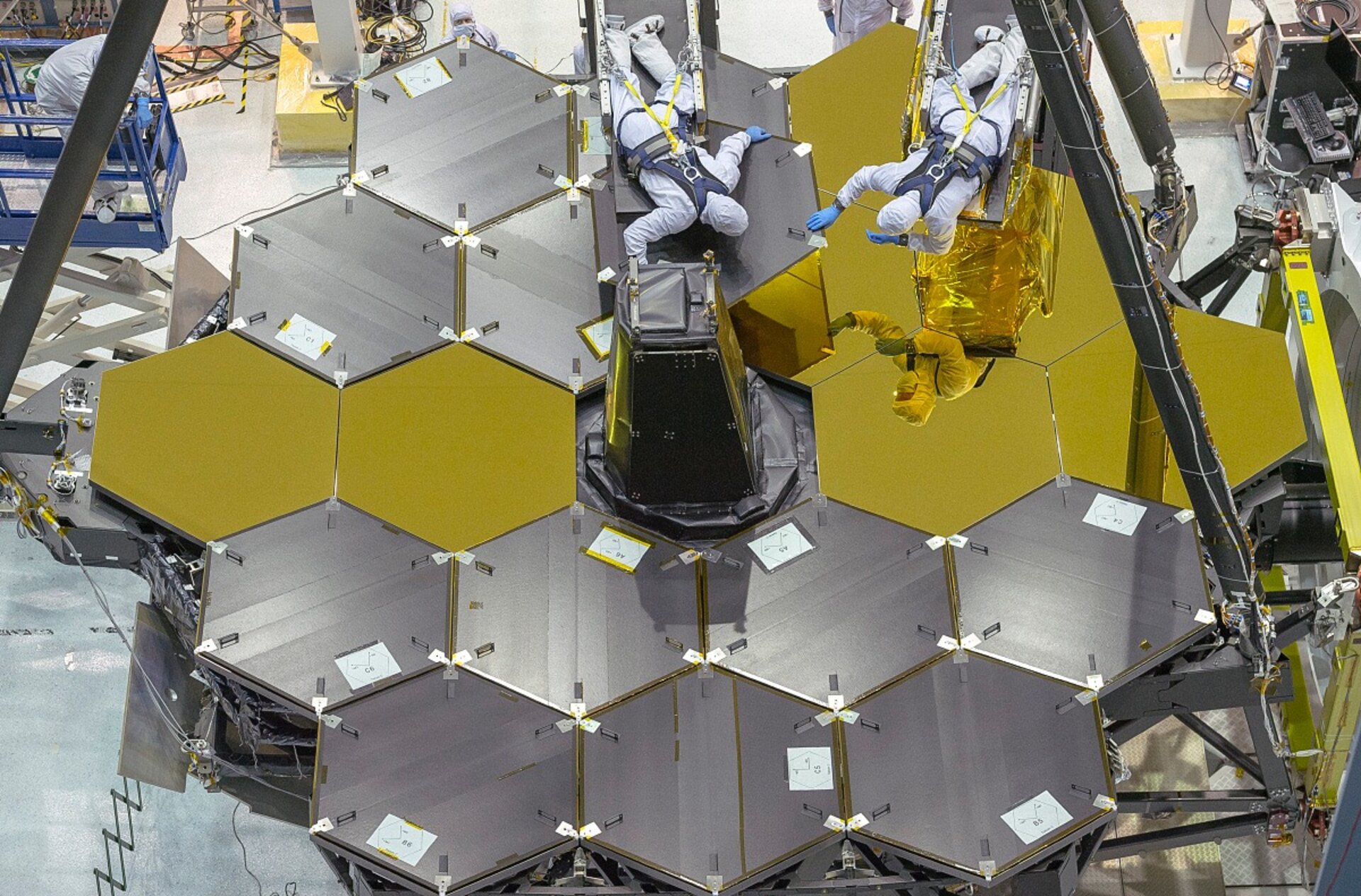 Inside the cleanroom at NASA Goddard on the afternoon of 25 April 2016 - the James Webb Space Telescope's (JWST) primary mirrors are uncovered in preparation for instrument installation.

The covers are just lightly fastened and protect the 18 gold-covered mirrors while they are face up. This was the first time the black covers have been removed since the primary mirror was completed. JWST will soon be rotated so the mirrors are face-down to install the instruments behind the primary mirror.

The JWST is a general-purpose observatory with a 6.5 m-diameter telescope optimised for infrared observations and a suite of four astronomical instruments capable of addressing many of the outstanding issues in astronomy. The primary aim is to examine the first light in the Universe – those objects that formed shortly after the Big Bang. Further aims include looking at how galaxies form and the birth of stars, and the search for protoplanetary systems and the origin of life, including the study of exoplanets. JWST is a joint project of NASA, ESA and the Canadian Space Agency. It is scheduled for launch in 2018 on an Ariane 5 and will operate about 1.5 million kilometres from Earth in an orbit around the second Lagrange point of the Sun–Earth system, L2.