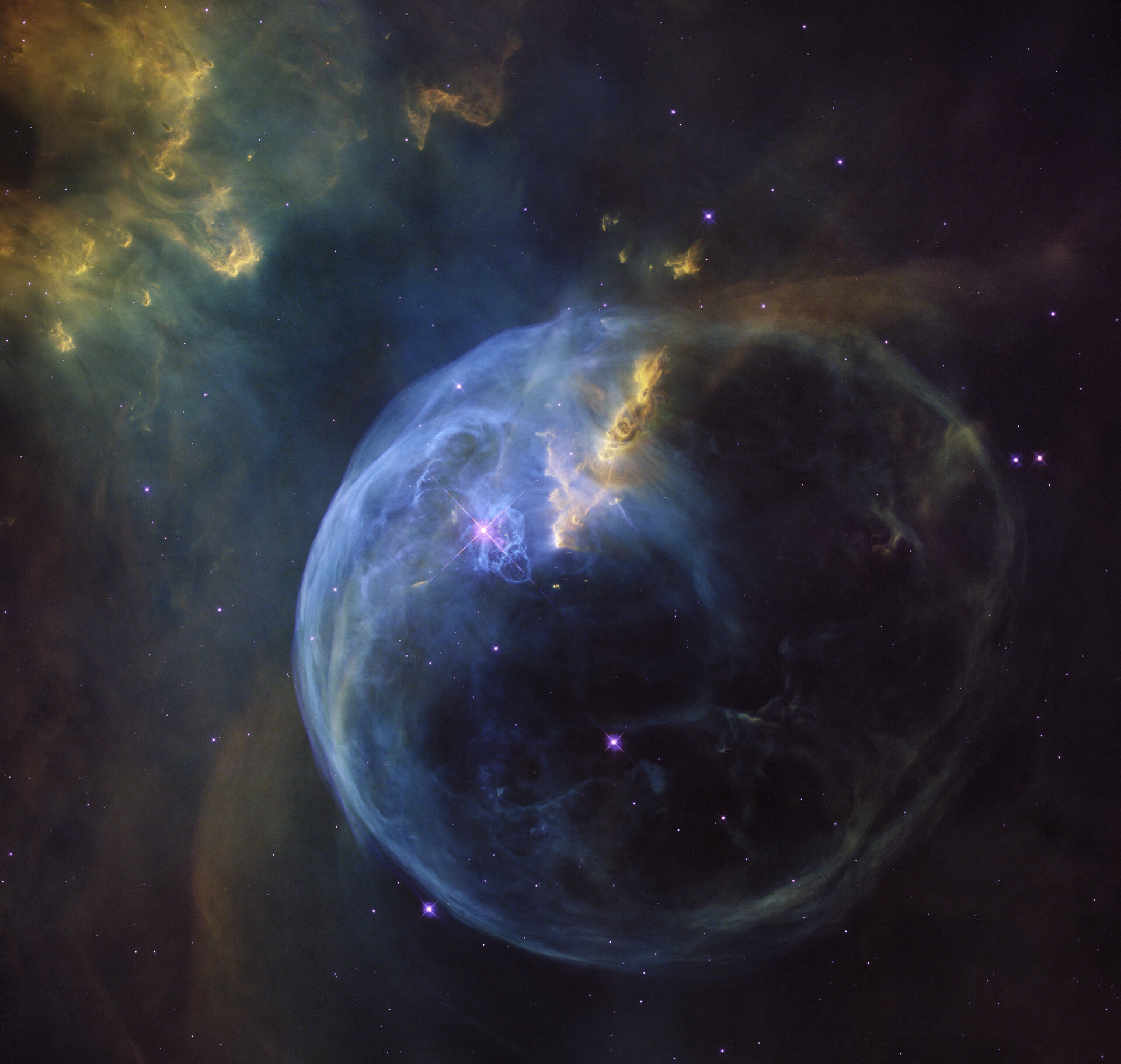 Hubble, bubble, some toil but no trouble

No matter how many times we look at the Bubble Nebula, we do not tire of its beauty. It was discovered in 1787 by the great astronomer, William Herschel. Back then it would have appeared as nothing more than a faint black-and-white smudge in the eyepiece of his telescope. Here we see it in the most magnificent of colours thanks to the NASA/ESA Hubble Space Telescope.

The Bubble Nebula really is a bubble. It is being blown into this shape by the bright star known as SAO20575, which sits just to the left of centre in this image. This is a giant star of 10–20 times the mass of the Sun.

A stellar wind is a high-speed flow of particles streaming away from the star. As they collide with the gas atoms and molecules in the surrounding cloud they push them away, creating this luminous bubble.

The Hubble Space Telescope took this image using its Wide Field Camera 3 (WFC3). It is a combination of four images that have been combined to give this full-colour view. Previous Hubble images of the nebula have captured only part of the nebula. Here at last, its full extent can be seen and appreciated.

Lying 8000 light-years away, the nebula now reaches some 10 light-years in diameter and continues to expand at more than 100 000 km/h. A puzzle is why the star that created it is not at the bubble’s centre. Perhaps this indicates that the interstellar gases are denser in one direction than the other, and so the bubble cannot expand so quickly in that direction.

This is Hubble’s 26th anniversary photo. It remains a smooth science machine, returning impressive images and great science. Every year the space telescope spends time capturing a spectacular view of the cosmos, which is then released on or around 24 April to commemorate its launch on that day in 1990.