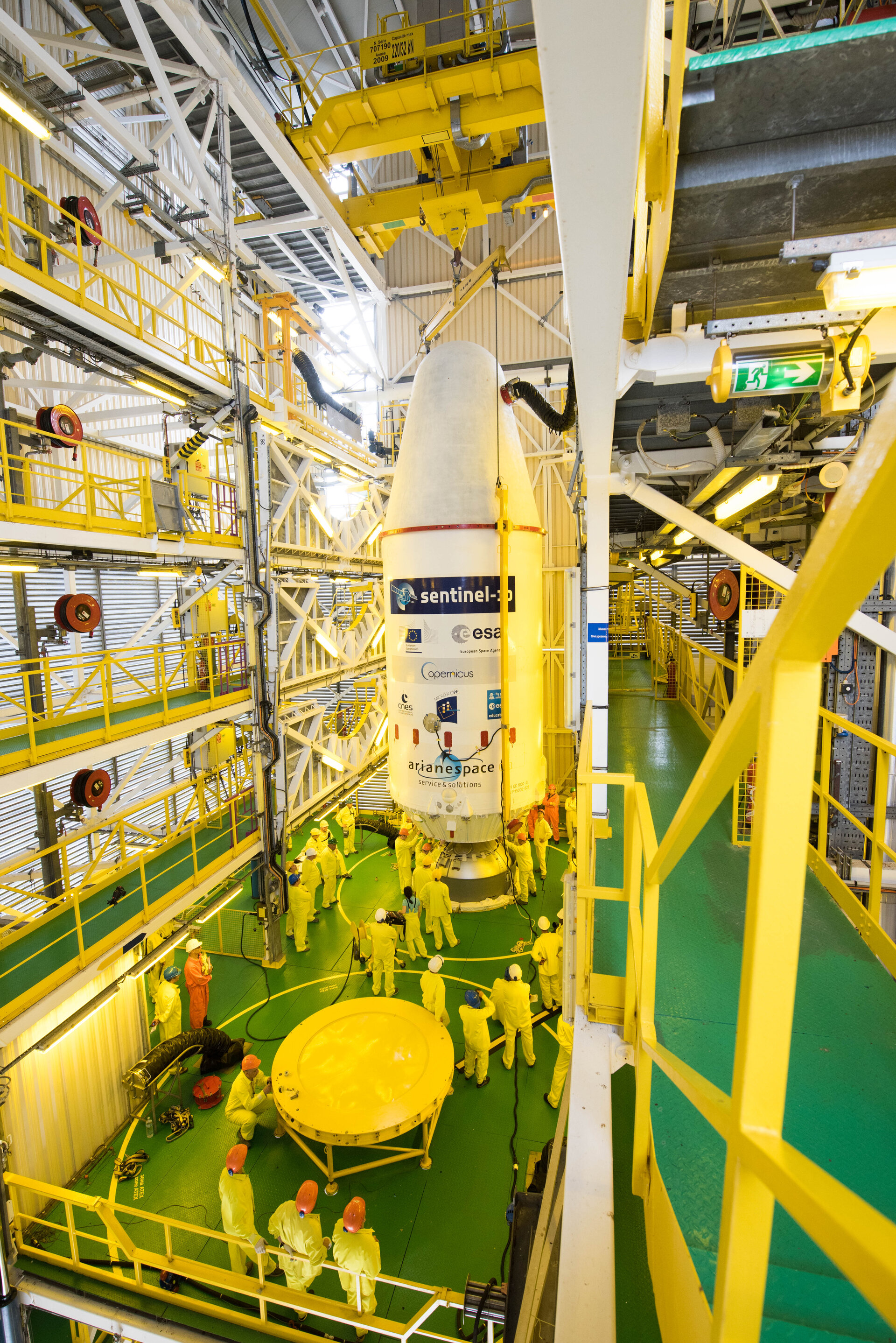 Integration of Soyuz VS14 upper composite

Soyuz VS14 upper composite hoisted to the top of the service tower and then onto the lower stages of the Soyuz launcher, on 19 April 2016.

The Soyuz VS14 mission launching on 22 April from the Guiana Space Center carries into orbit the Sentinel-1B satellite for the European Commission’s Copernicus Earth Observation Program. In addition to the primary payload, the mission is carrying the MicroSCOPE Satellite and three CubeSats to orbit.