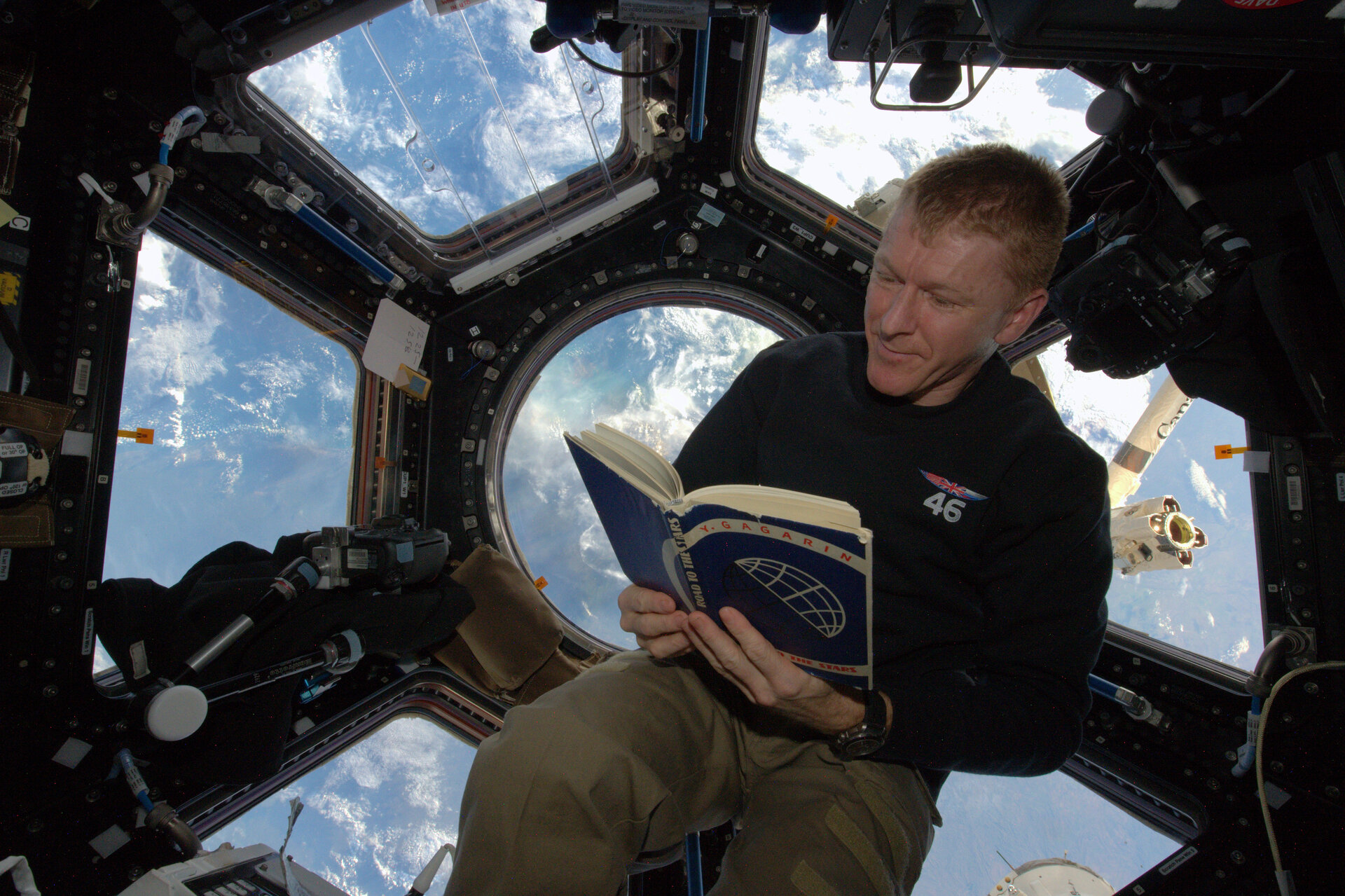 Road to the stars

On 12 April 1961, Yuri Gagarin became the first person to orbit Earth in his Vostok spacecraft that launched from Baikonur Cosmodrome, now in Kazakhstan. ESA astronaut Tim Peake was launched into space from the very same launchpad as Yuri Gagarin and now, 55 years later, he tweeted this picture of himself on the International Space Station reading Yuri’s autobiography Road to the Stars.

The book is a special copy, signed by Gagarin himself, and it flew to space in 1991 with British astronaut Helen Sharman to the Russian space station Mir. The book is now signed by the current crew on the International Space Station, as well as the crew on Mir during Helen’s mission.

12 April has become a worldwide day of celebration of human spaceflight. Cosmonauts on the International Space Station are given a day off on this day. Today Yuri Malenchenko, Oleg Skripochka, Alexei Ovchinin are given a break from their busy schedules in space – aside from their obligatory daily exercise.