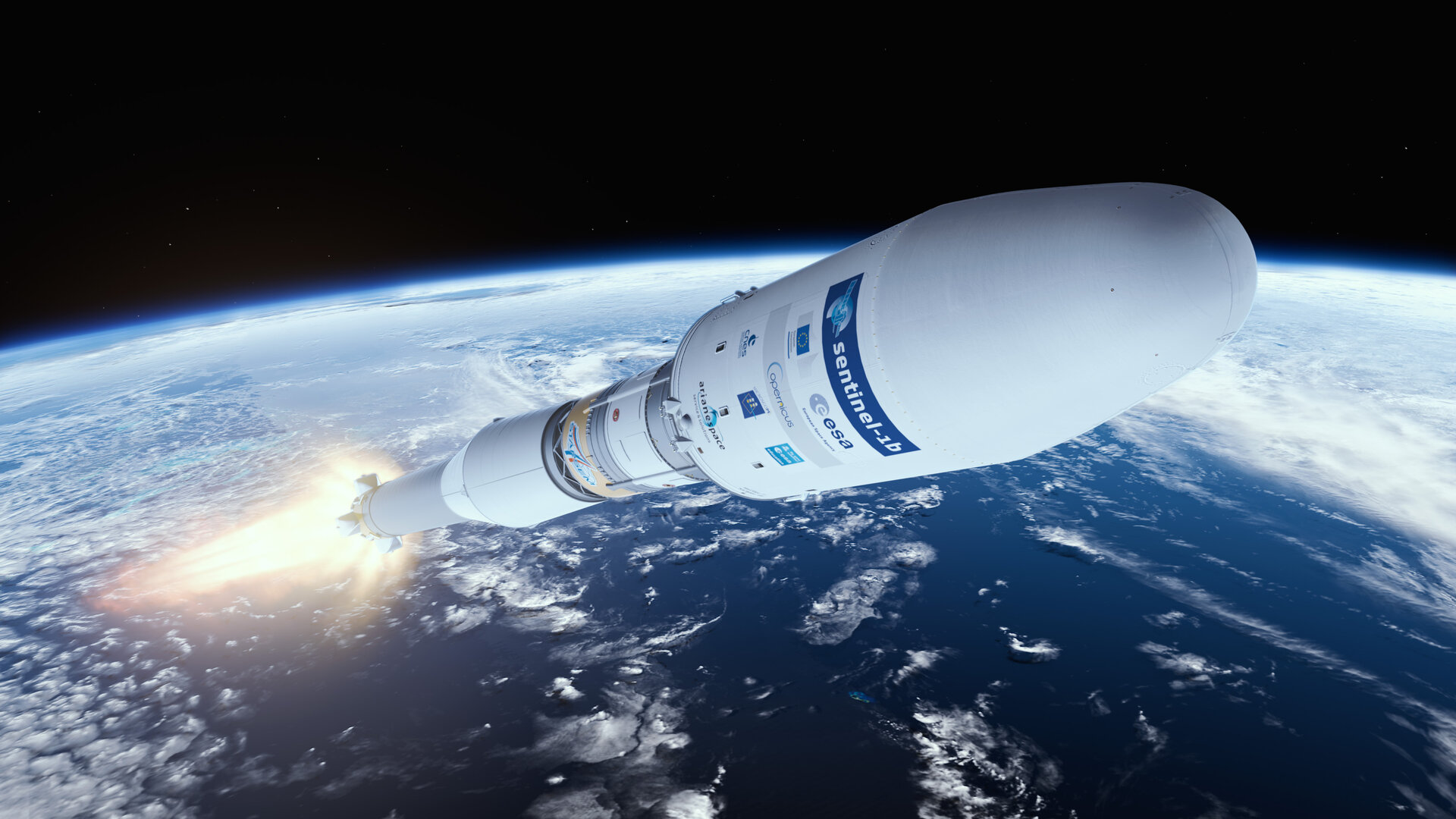 Sentinel-1B is launched on a Soyuz rocket from Europe’s Spaceport in Kourou in French Guiana.With the Sentinel-1 mission designed as a two-satellite constellation, Sentinel-1B will join its identical twin, Sentinel-1A, which was launched in 2014 on the same type of rocket. Both satellites carry an advanced radar to image Earth’s surface through cloud and rain, regardless of whether it is day or night. Delivering vital information for numerous operational services, from monitoring ice in the polar oceans to tracking land subsidence, Sentinel-1 plays a key role in Copernicus - the largest civil Earth-observation programme ever conceived.

The Sentinel-1B launch is different in one respect because other smaller satellites are piggybacking a ride into space. Three CubeSats are taking advantage of the lift into space. These small satellites, each measuring just 10×10×10 cm, have been developed by university student teams, through ESA’s Education Office ‘Fly Your Satellite!’ programme. The other satellite is Microscope from the French space agency CNES.