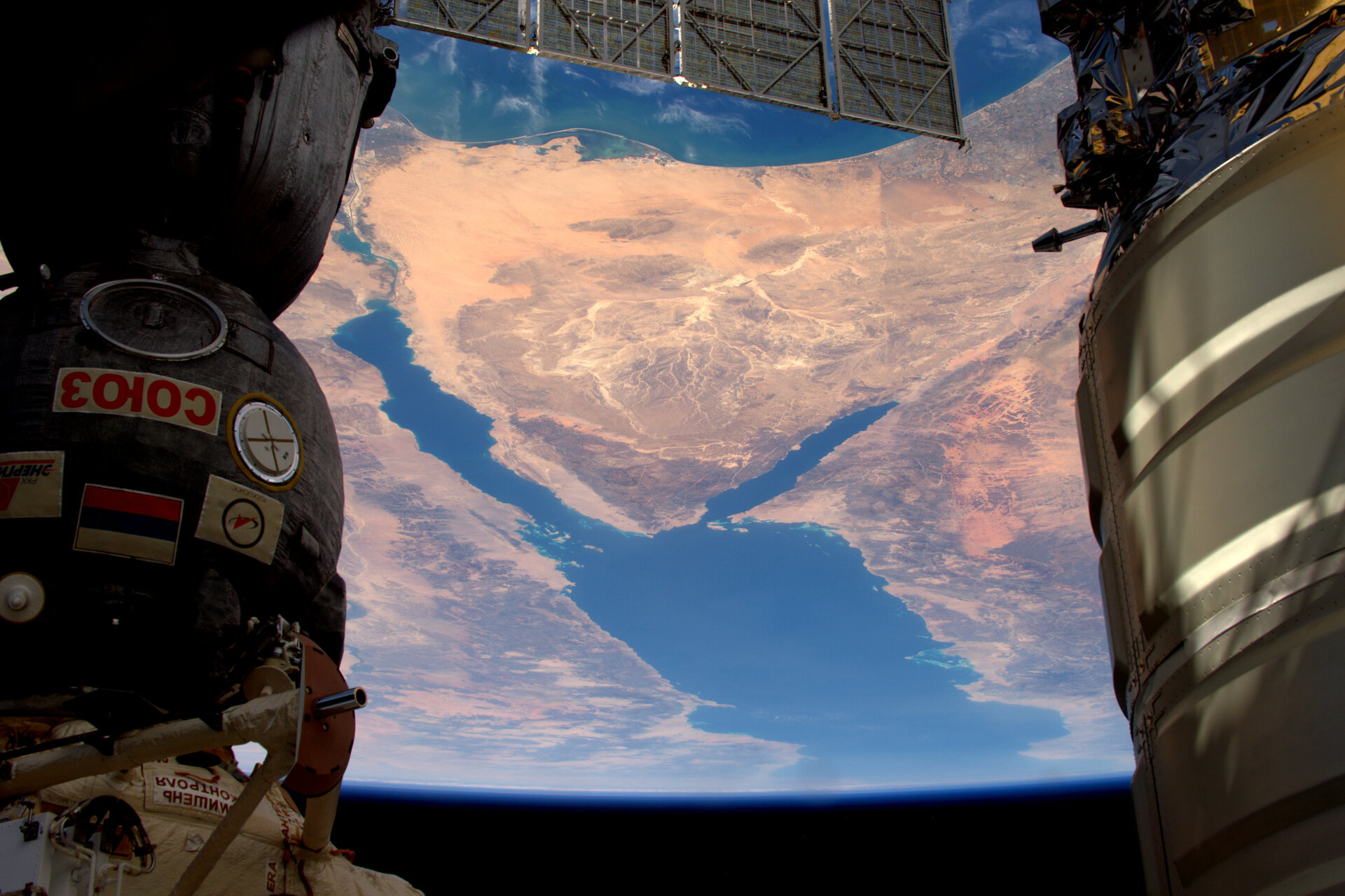 Soyuz spacecraft (left) with Cygnus spacecraft (right) over the Sinai peninsula between the Gulf of Suez (left) and Gulf of Aqaba (right) seen from the International Space Station by ESA astronaut Tim Peake. Tim shared this image, commenting: "Sinai squeezed between Soyuz and Cygnus".

Tim's six-month mission to the ISS is named Principia, after Isaac Newton’s ground-breaking Naturalis Principia Mathematica, which describes the principal laws of motion and gravity.

He is performing more than 30 scientific experiments for ESA and taking part in numerous others from ESA’s international partners.

More about the Principia mission: http://www.esa.int/principia

More photos from Tim on his flickr photostream: https://www.flickr.com/photos/timpeake