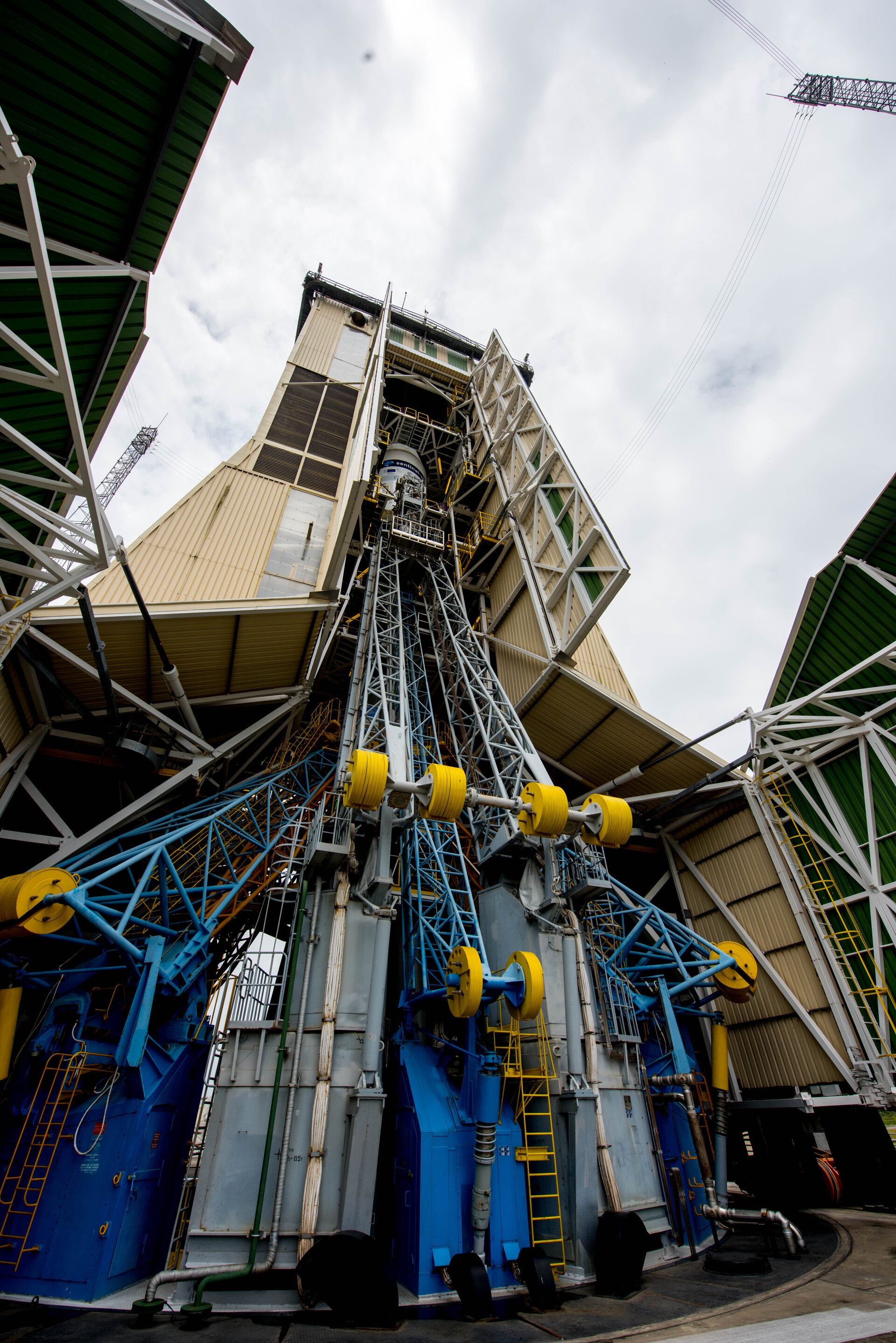 Soyuz VS14 in the mobile gantry