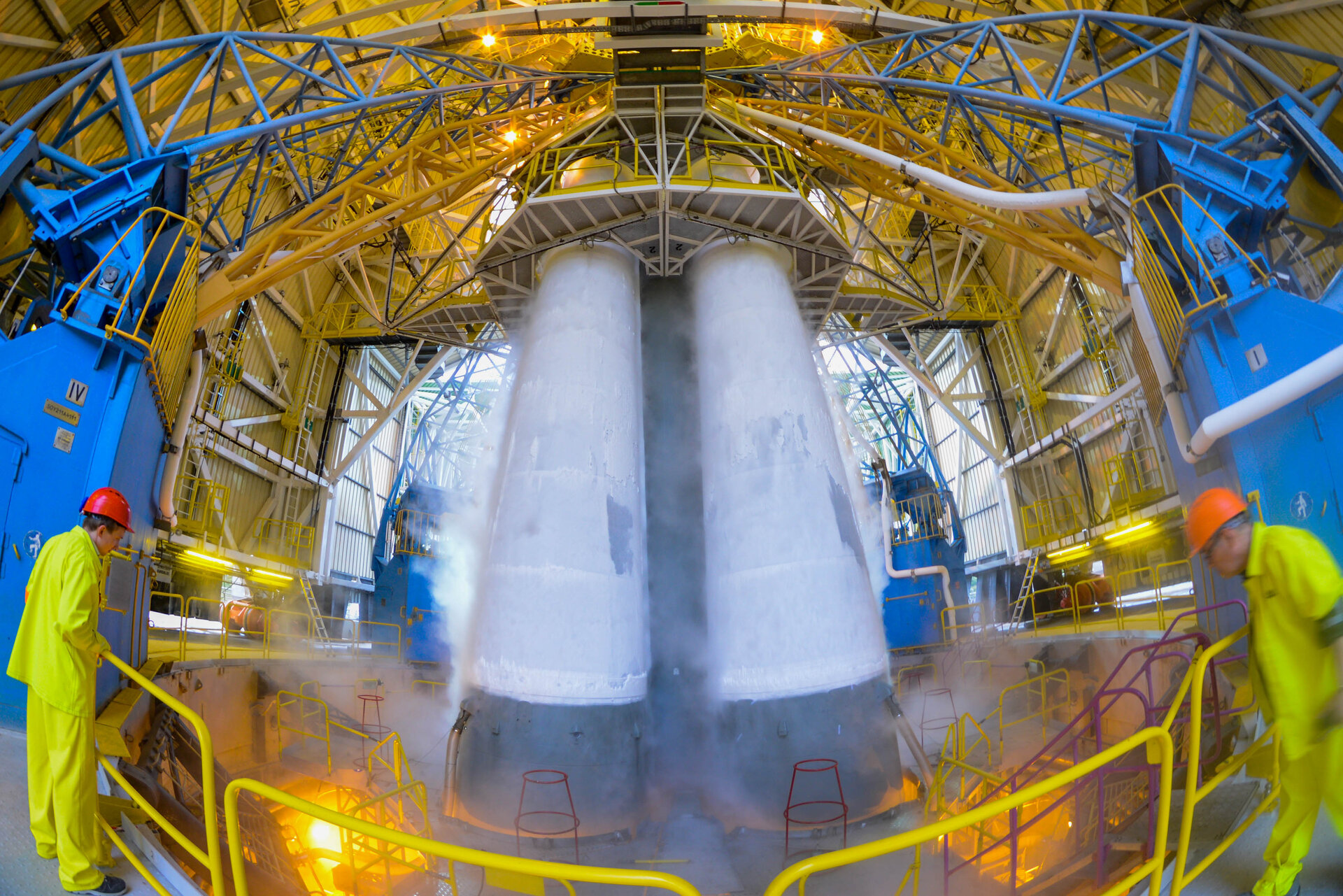 Soyuz VS14 in the mobile gantry after liquid fuel transfer

Soyuz VS14 in the mobile gantry after liquid fuel transfer on 24 April 2016.