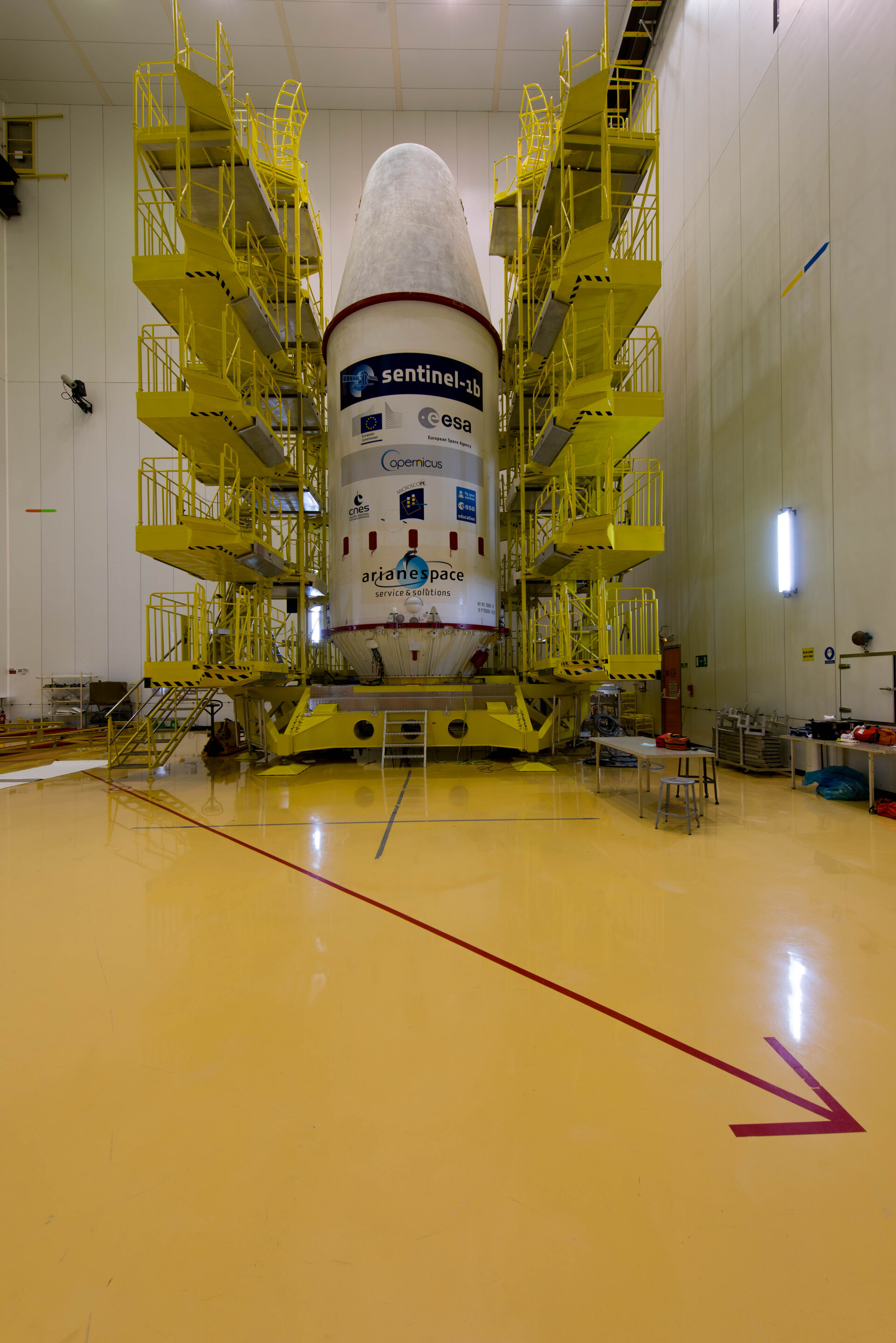 Soyuz VS14 upper composite in the S3B preparation building

Soyuz VS14 upper composite in the S3B preparation building in preparation for the 22 April 2016 launch.