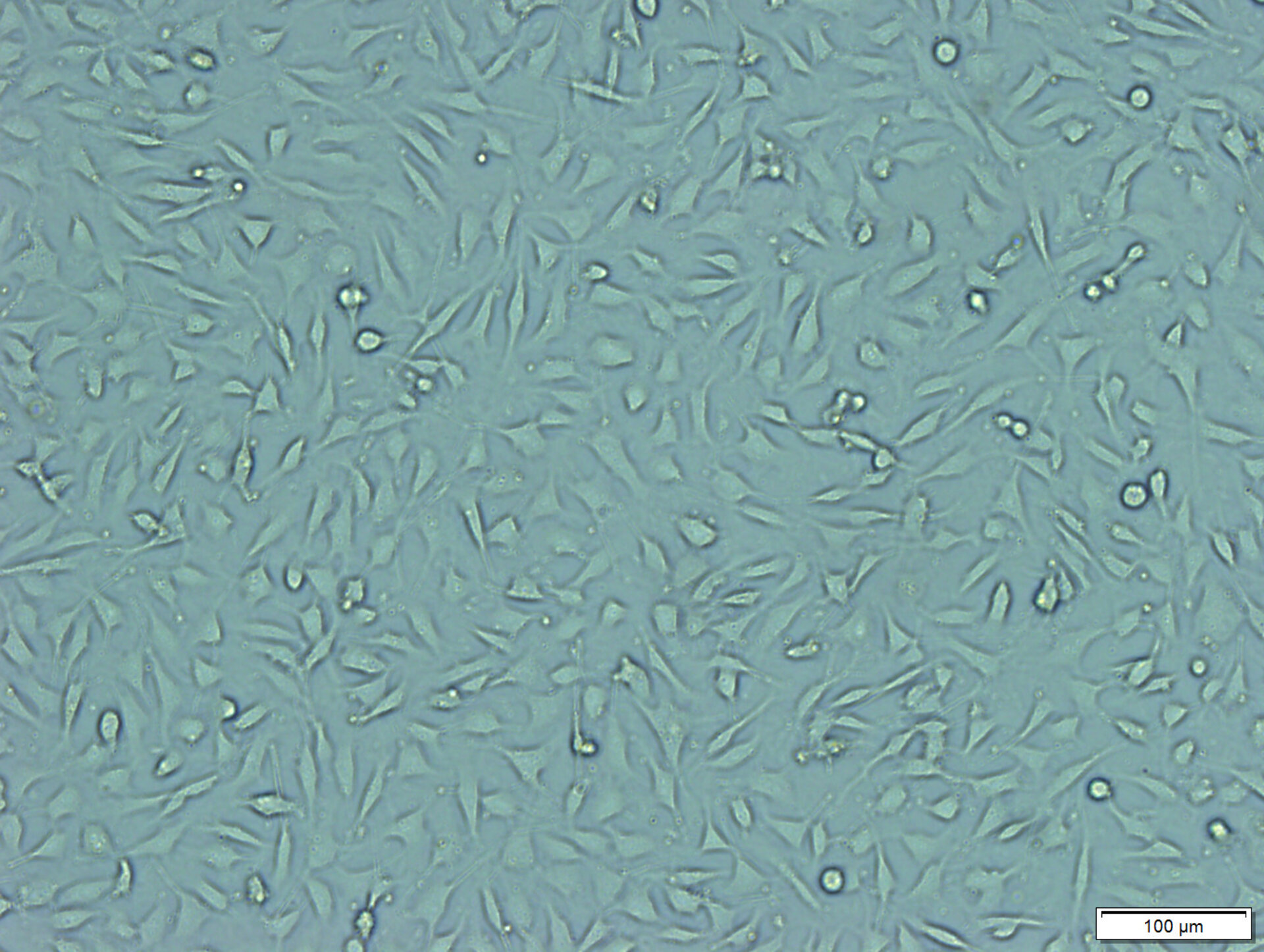 The Spheroids experiment is looking at how the cells that line our blood vessels react to living in space, by growing them aboard the International Space Station.

This microscope image of a cell culture was taken at the Kennedy Space Center in Florida, USA, days before they were launched on the SpaceX Dragon cargo ferry to the Station on 8 April.

“The cells could not have looked more healthy,” comments Jessica Pietsch of the University of Magdeburg, Germany. “Dealing with living cells and launching them on a rocket always brings extra problems – we cannot store them indefinitely and launch delays are frequent.”

The days running up to launch involved working long hours for the team preparing cell cultures and experiment hardware in the laboratory. After thorough sterilisation, the cell cultures were inserted into experiment units.

The experiment includes temperature sensors and pumps to inject a chemical fixative after a period of incubation. Each unit needed to be prepared, checked and stored as well as four more prepared in case of a launch delay.

The SpaceX Dragon launch and docking went perfectly and the units are now floating inside two of ESA’s Kubik incubators. One set of samples will spend a week in microgravity at an ideal temperature to promote growth, while another set will float for two weeks. Both sets will be stored at 4°C with the chemical fixative  until their return to Earth for analysis.

“Experiments like these require a lot of coordination and effort but they are worth it as nobody knows how the cells will react to spaceflight.

“Under simulated microgravity on Earth, the cell cultures showed signs of forming small, rudimentary, blood vessel layers – and we hope to reproduce the same effect in space. If we can grow blood vessels in space, imagine the possibilities.”