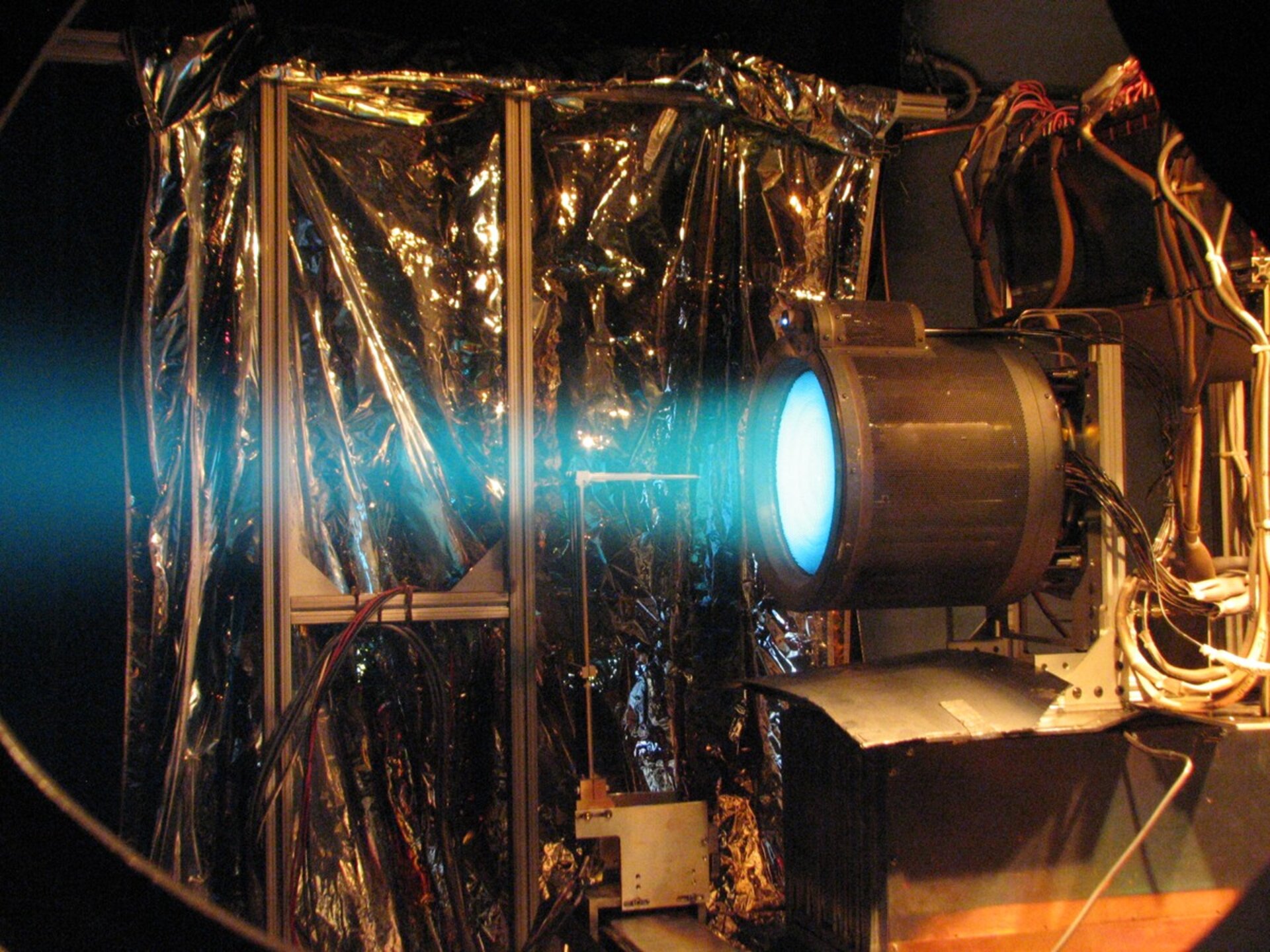 The eerie blue exhaust trail of an ion thruster during a test firing. A quartet of these highly efficient T6 thrusters is being installed on ESA’s BepiColombo spacecraft to Mercury at ESA’s ESTEC Test Centre in Noordwijk, the Netherlands.

The Mercury Transfer Module will carry Europe’s Mercury Planetary Orbiter and Japan’s Mercury Magnetospheric Orbiter together to Sun’s innermost planet over the course of 6.5 years.

“BepiColombo would not be possible in its current form without these T6 thrusters,” explains ESA propulsion engineer Neil Wallace.

“Standard chemical thrusters face a fundamental upper limit on performance, set by the amount of energy in the chemical reaction that heats the ejected propellant producing the thrust.

“Ion thrusters can reach much higher exhaust speeds, typically an order of magnitude greater, because the propellant is first ionised and then accelerated using electrical energy generated by the solar panels. The higher velocity means less propellant is required.

“The down side is that the thrust levels are much lower and therefore the spacecraft acceleration is also low – meaning the thrusters have to be operating for long periods.

“However, in space there is nothing to slow us down, so over prolonged periods of thrusting the craft’s velocity is increased dramatically. Assuming the same mass of propellant, the T6 thrusters can accelerate BepiColombo to a speed 15 times greater than a conventional chemical thruster.”

The 22 cm-diameter T6 was designed for ESA by QinetiQ in the UK, whose expertise in electric propulsion stretches back to the 1960s.

It is an scaled-up version of the 10 cm T5 gridded ion thruster, which played a crucial role in ESA’s GOCE gravity-mapping mission by continuously compensating for vestigial atmospheric drag along its extremely-low orbit.