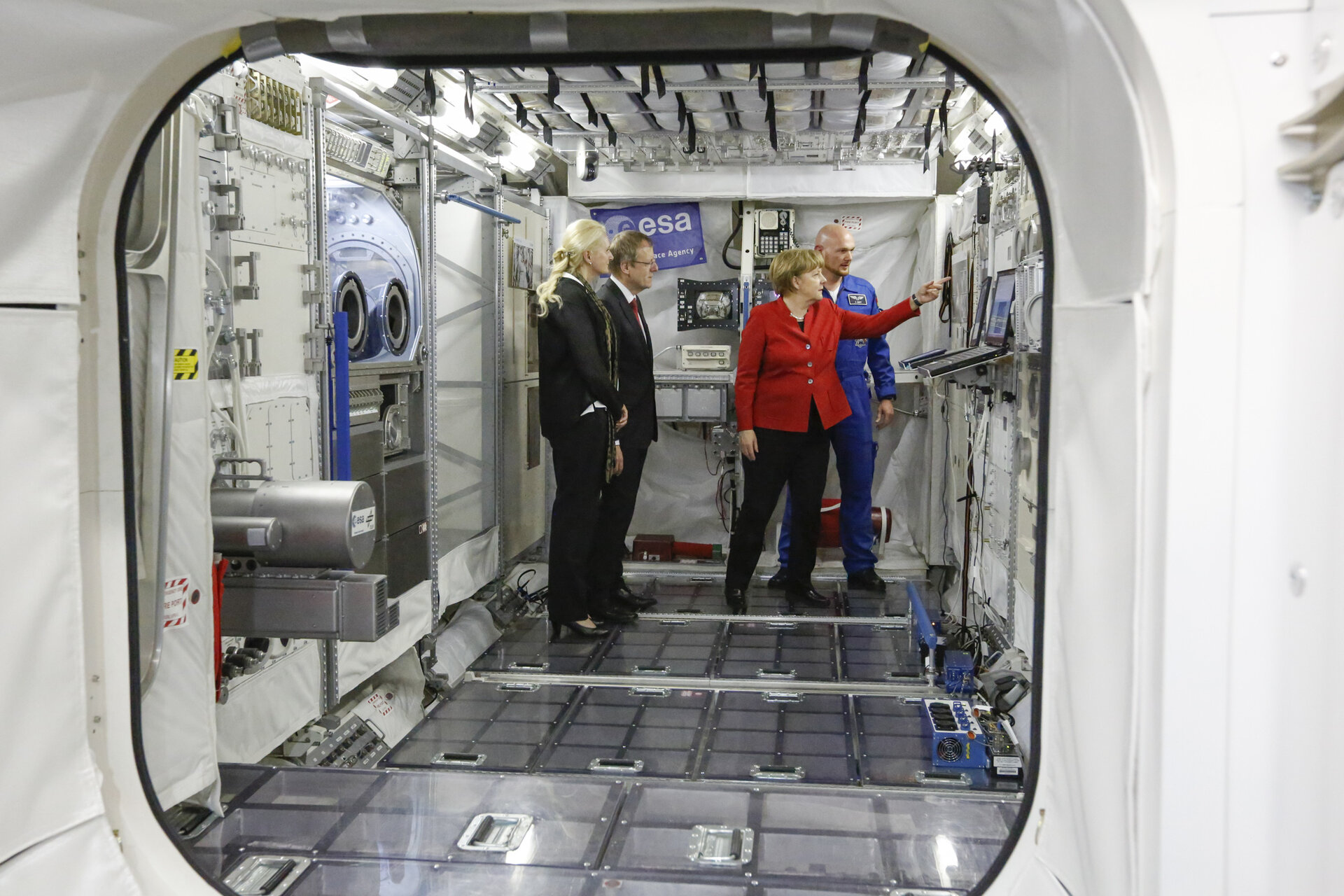 From left: Chairwoman of the board of the German aerospace centre Pascale Ehrenfreund, ESA Director General Jan Wörner, German Chancellor Angela Merkel and ESA astronaut ALexander Gerst in the mockup of Europe's Columbus space laboratory at the European Astronaut Centre in Cologne, Germany.

The news that Alexander has been assigned a new mission to the International Space Station was announced on 18 May 2016.