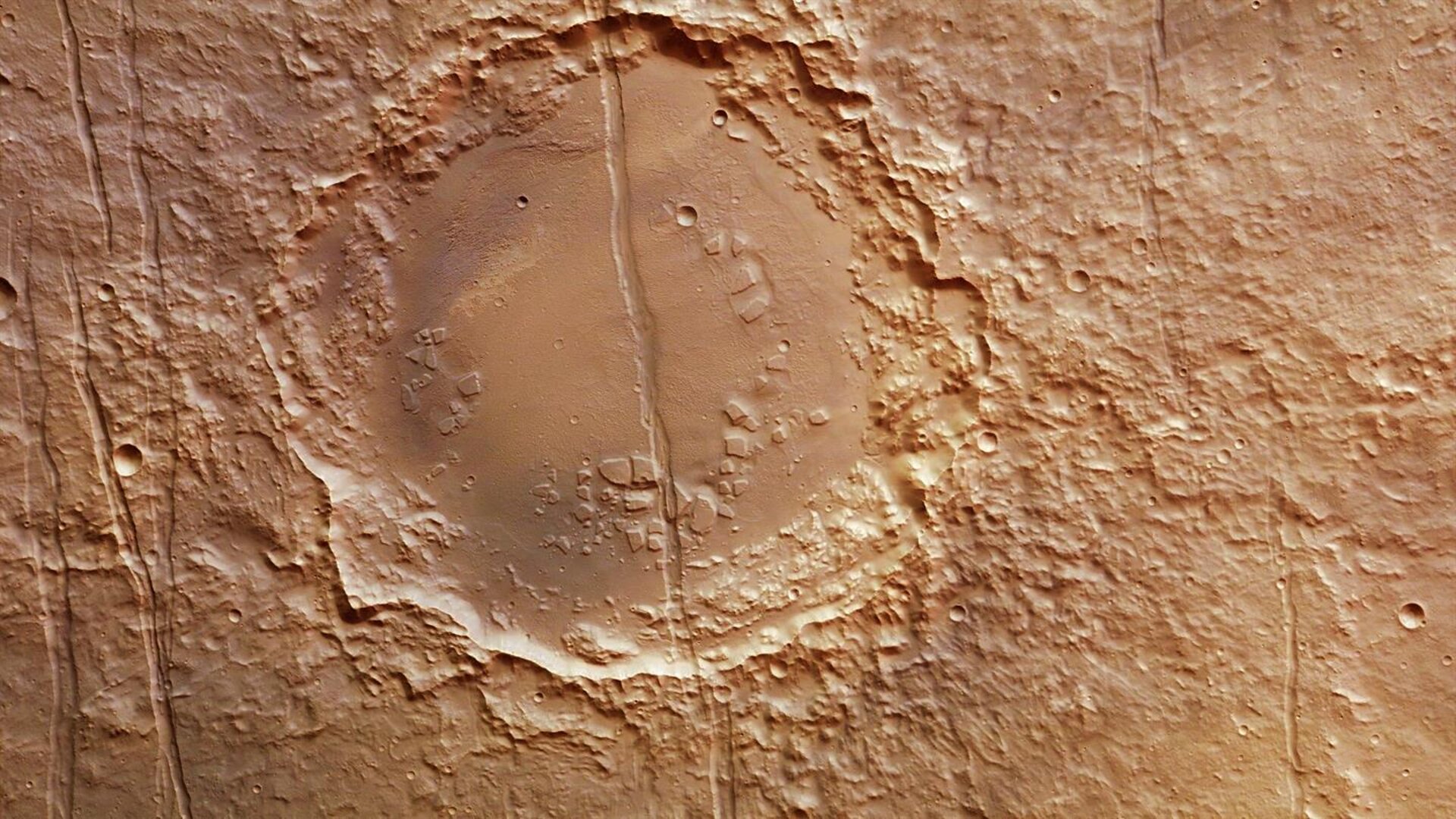 An extensive network of fault lines cut through this region of Mars, including one that slices clean through an ancient 52 km-wide crater.

The fault network is likely linked to the formation of the Tharsis Bulge, a region to the east that is home to several large volcanoes, including Olympus Mons.

Vast volumes of lava that erupted from these volcanoes in the past were deposited onto the surface, building up thick layers. The load imposed on the crust by the lava resulted in immense stress, which was later released by the formation of a wide-reaching fault and fracture system.

One 1.5 km-wide ‘graben’ cuts through the crater in this image. It also encounters numerous blocks of material that sit on the otherwise smooth crater floor, reminiscent of chaotic terrain found in many locations on Mars.

The crater has apparently been infilled by other materials, perhaps a mix of lava and wind-blown or fluvial sediments. To the top left of the crater, in particular, the sediments have been shaped into parallel features known as yardangs.

This image was first published on the DLR website on 28 April 2016.