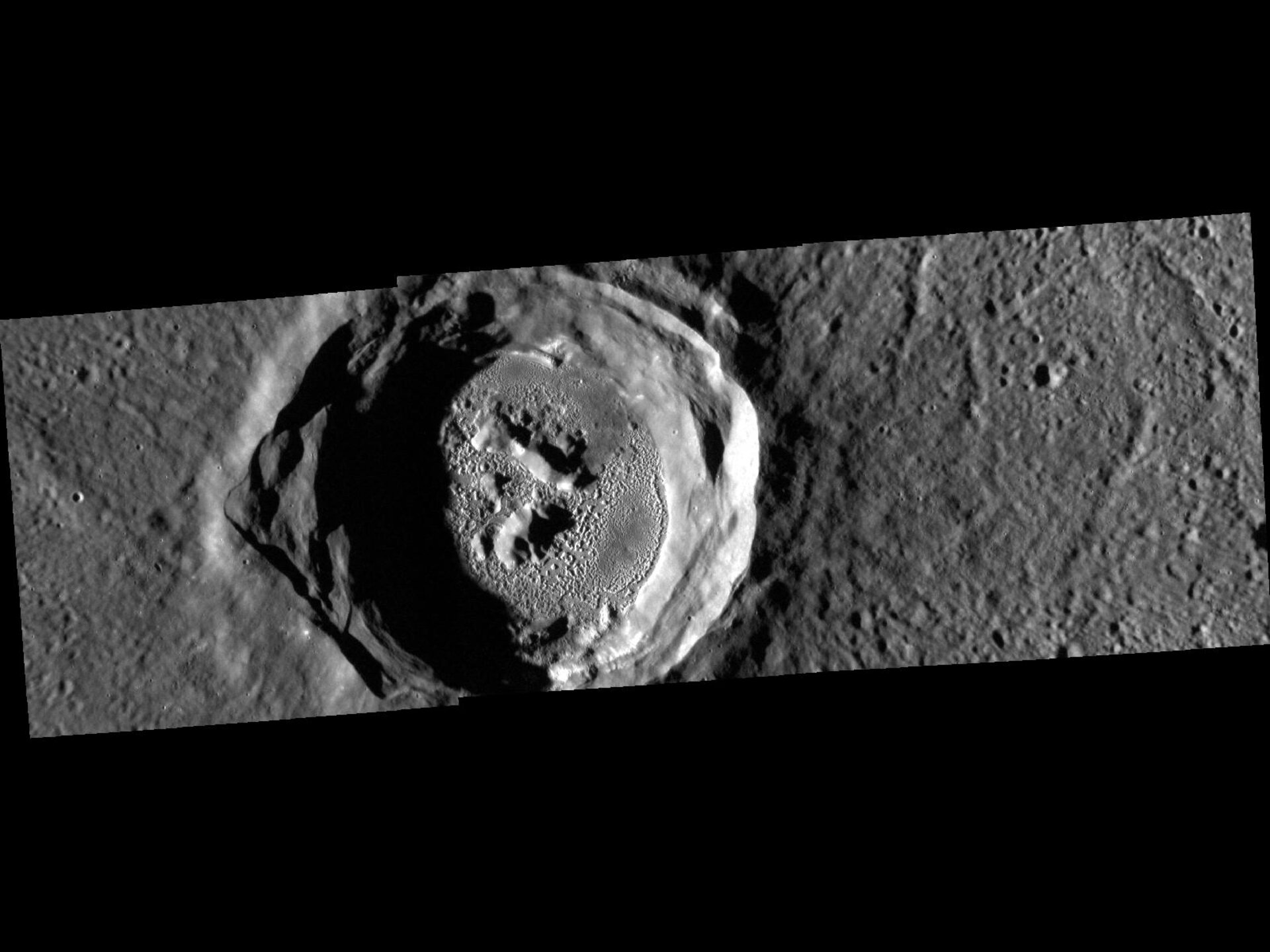 On 9 May, at 11:10 GMT, Mercury will begin making its way across the face of the Sun – an astronomical event known as a transit. During the transit, which will last for several hours and be at least partially visible across most of the world, the planet will be seen as a small black dot silhouetted against our star.

To mark the event, this week’s Space Science Image of the Week allows Mercury to take centre stage. Mercury is a remarkable planet: it is the smallest and innermost planet in the Solar System, with an orbit that is both the fastest and the most eccentric. It boasts fascinating surface geology, including countless craters, ridges, highlands, plains, mountains and valleys.

This image offers an intriguing view of Mercury’s Kertész crater, as viewed by NASA’s Messenger orbiter. Reminiscent of a ‘Magic Eye’ optical illusion, the image may show one of two things: either a mound bulging out of the planetary surface, looming towards the camera like a dome, or – correctly – a crater that dips into Mercury’s crust.

After a short while, the orientation of the image may appear to flip. This effect is sometimes referred to as the crater illusion. It arises because our brains are used to interpreting shadows as arising from a source of light being overhead. But for many satellite photos of terrain the shadows arise only when the light source is almost horizontal to the surface and this sometimes leads to us misinterpret the patterns of light and shade.

Within this crater, the smooth, rippling slopes – one illuminated, the other in shadow – burrow into the surface of Mercury until they reach a relatively flat patch, which is the deep floor of Kertész. The features scarring this floor are the crater’s central peaks, which rise up to stand hundreds of metres above their surroundings.

Kertész is roughly 33 km across and located in the western part of Mercury’s Caloris basin – at up to 1500 km across, Caloris is the largest basin on the planet, and one of the largest in the Solar System.

Kertész is an interesting crater: it is flooded with a 30 m-thick layer of melted rock thought to have formed during the initial crater-forming impact (known as ‘impact melt’). This layer is heavily indented with small pits, hollows and depressions, and covered in unusually bright deposits. These are thought to be the result of rocks evaporating due to Mercury’s scorching surface temperatures, or perhaps mineral deposits unearthed by the impact melt.

This image is a mosaic formed of three separate frames taken by the narrow-angle camera of Messenger’s imaging system on 11 January 2013. Messenger was launched in 2004 and orbited Mercury from 2011 to 2015, greatly improving our knowledge of the planet. Our exploration of Mercury will continue with the BepiColombo mission – a collaboration between ESA and Japan’s JAXA space agency, due for launch in 2018.