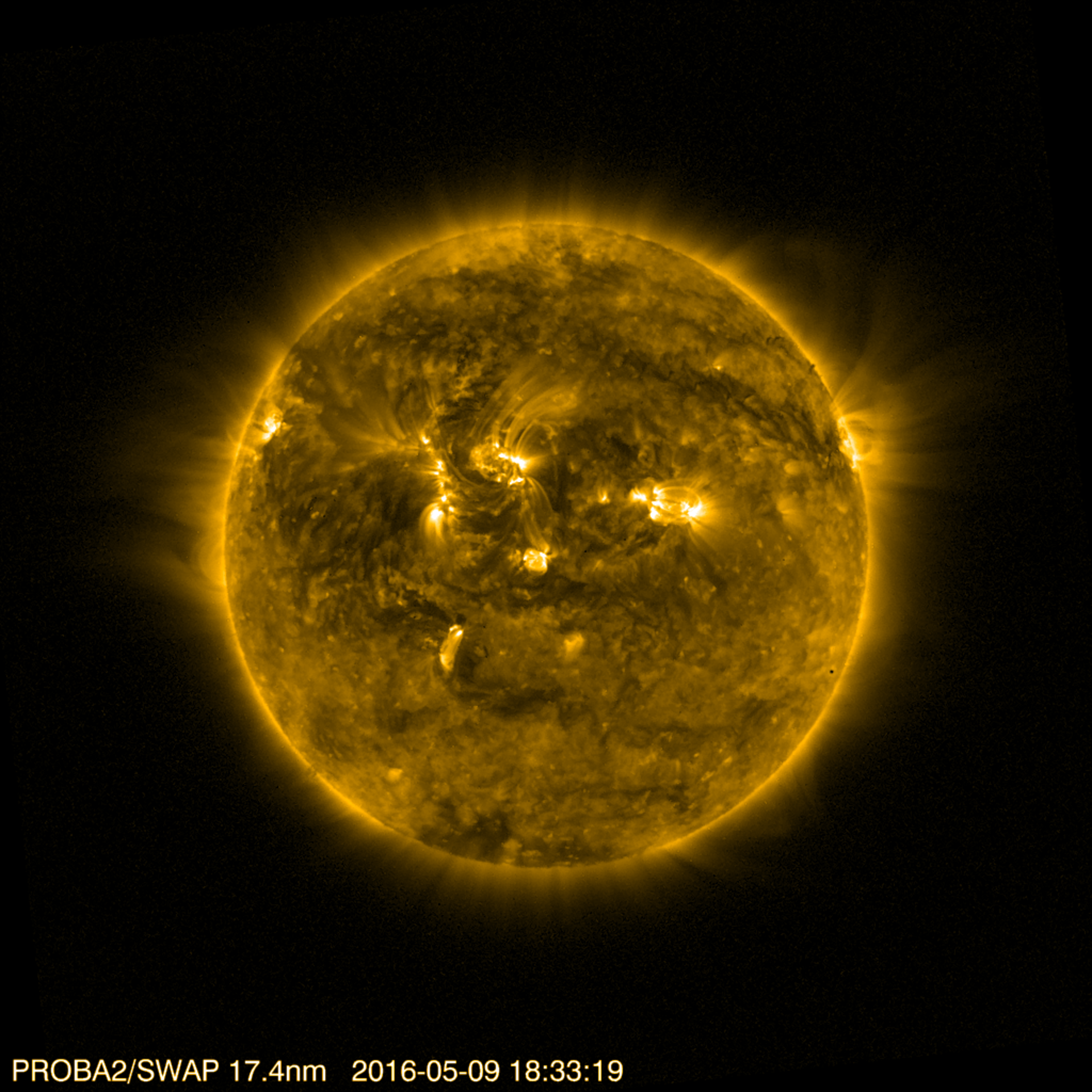 As the smallest planet in the Solar System crossed the face of the Sun on Monday 9 May, one of ESA’s smallest satellites was watching.

Proba-2, smaller than a cubic metre, monitors the Sun from Earth orbit with an extreme ultraviolet telescope called SWAP. It was able to spot Mercury’s transit of the Sun as a small black disk roughly four pixels in diameter.

The Mercury transit was visible from Earth starting at 11:13 UTC and ending at 18:42 UTC. The total transit time was about 7 hours and 30 minutes.

Celestial transits – where a celestial body is seen to pass across the solar disk from the perspective of the Earth – are relatively rare events. The planet Mercury undergoes around 13 transits a century, and Venus undergoes two transits every 120 years.