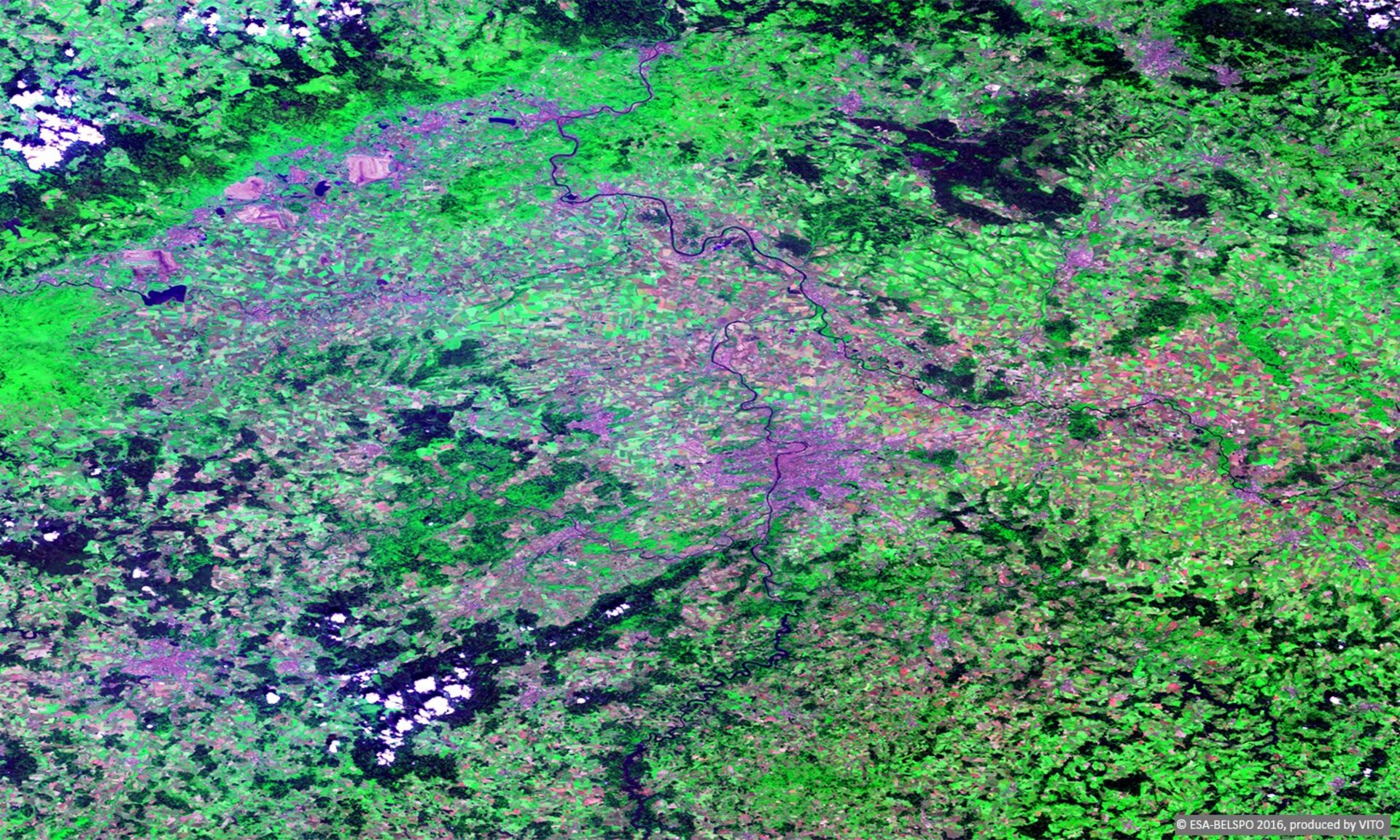 Proba-V, among ESA’s smallest Earth-observing satellites, views Prague in the Czech Republic. From 9 May to 13 May ESA and its partners are hosting the flagship Living Planet Symposium 2016, gathering Earth observation scientists and users to discuss current and future ESA and related European missions.

As an ESA Earth Watch mission, Proba-V is being discussed at several sessions and a model satellite is also being exhibited.

Prague, the largest city of the Czech Republic, is famous for its impressive historical architecture. The ‘Golden City’ lies just south of the confluence of the Vltava (Moldau) and Elbe rivers. This 100 m-resolution image was acquired by Proba-V on 4 July 2015.