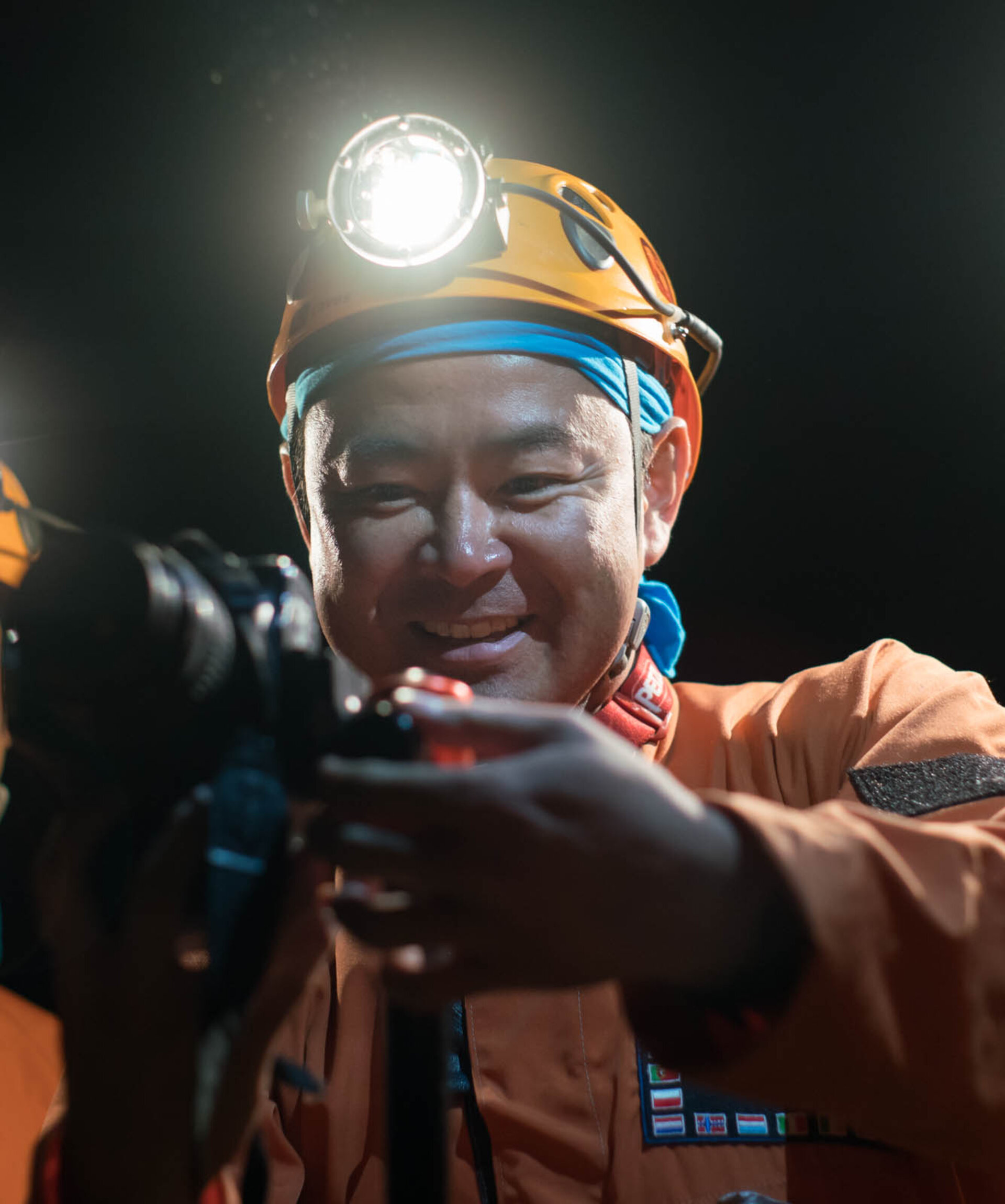 CAVES stands for Cooperative Adventure for Valuing and Exercising human behaviour and performance Skills. The two-week course prepares astronauts to work safely and effectively in multicultural teams in an environment where safety is critical – in caves.

Japanese astronaut Aki Hoshide was born in 1968 in Tokyo and graduated in 1992 with a Master’s in science and aerospace engineering. He was involved in developing the Japanese H-II rocket and worked as an astronaut support engineer from 1994 to 1999. Aki completed his basic astronaut training programme in 1999 and became a certified Soyuz flight engineer in 2004.

Aki has extensive spaceflight experience, with two missions to the International Space Station: in 2007 on Space Shuttle Discovery to help install Japan’s Kibo laboratory, returning to space in 2012 on Soyuz TMA-05M. He has spent 140 days in space and conducted three spacewalks.